The ATP is being replaced by engineering? 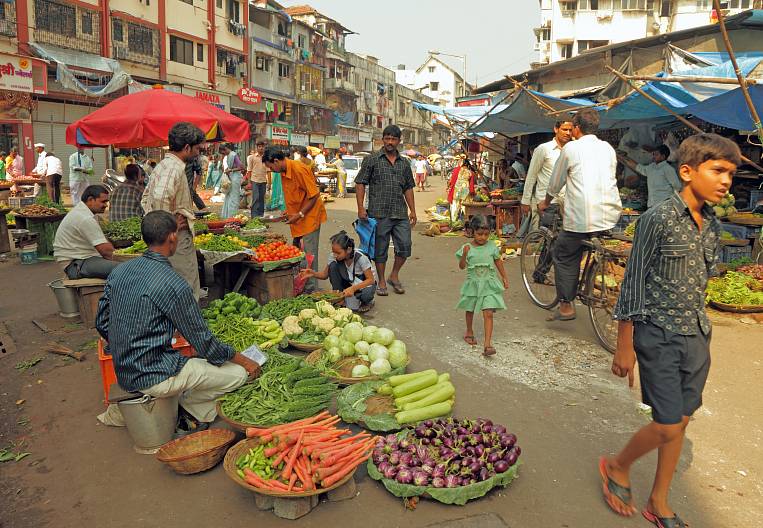 The term Indo-Pacific and its derivatives are increasingly found in English-language scientific articles, speeches of statesmen and the media.

The Indo-Pacific Region is a vast marine area that includes the Indian and Pacific Oceans, as well as their bordering shores. According to the authors of the idea, the new geographical concept should reflect the growth and interpenetration of the spheres of influence of China and India, as well as a significant increase in sea trade flows, especially energy supplies, between East Asia, South Asia and the Middle East.

The concept of "Indo-Pacific" in the political and strategic sense was first used in 2007 in an article by Indian author Gurprit Khuran. It is curious that earlier it was also used, but it designated the biogeographic region of the tropical waters of the Indian Ocean, as well as the western and central part of the Pacific Ocean, which is characterized by the commonality of many marine species. Rapidly, literally over the past one or two years, the concept of Indo-Pacific has turned from exotic to a noticeable element of international political discourse. This suggests that the new geo-concept is being promoted purposefully and energetically.

Who might be interested in the Indo-Pacific region? It is noteworthy that today, Australia, India and the United States, as well as Japan, are promoting the most enthusiastic engineers.

India's interest is clear. The self-titled "own" region, of course, flatteres the great-power self-love of Indians and increases the country's prestige. If the affiliation of Delhi to the APR is often disputed, the ITP should no longer leave it in any doubt. The concept of Indo-Pacific legitimizes India's growing strategic interests in East Asia and the Western Pacific.

The United States of America needs engineering and technical assistance first and foremost to balance China’s apparent gain in East Asia. It is East Asia that is the natural axis of the Asia-Pacific region. So, paraphrasing the famous saying of Halford Mackinder, the one who controls East Asia, rules the Asia-Pacific Region, and later, perhaps, the whole world. The expansion of the geopolitical image beyond the East Asian coast and its shift towards the Indian Ocean allows us to introduce new players who will “blur” the influence of China. These hopes, of course, are placed primarily on India. It is also noteworthy that the Indo-Pacific region almost exactly corresponds to the zone of responsibility of the US Pacific Command.

As for Australia, a country at the junction of the Indian and Pacific Ocean, the new geographic formula gives Canberra a chance to be in the heart of the reformulated APR and get rid of some marginality and periphery of its regional identity. It is the Australian analysts who have shown the greatest activity for the development of the idea of ​​engineering. They also do not hide that one of the goals of the new region is to justify the need to maintain the leading strategic role of Canberra's main ally, Washington, in the Indo-Pacific Asia.

Apparently, the idea of ​​engineers and technicians is close to Japan. Prime Minister Shinzo Abe wants Australia, India, Japan, and the United States to form a “strategic diamond” configuration to ensure the safety of the sea in the Indian Ocean and the western part of Pacifica.

Region-building, that is, the purposeful creation of political regions, is not a rare phenomenon in international relations. You can recall the "Euro-Atlantic" (aka "North Atlantic") - a concept that was designed to ensure the unbreakable unity of the United States and Western Europe. The same APR, which has now received a competitor in the form of engineering and technical personnel, is also a largely artificial entity. As the author of the book “The Asia-Pacific Region: Myths, Illusions, and Reality” rightly points out, Oleg Arin, the narrative about the APR, created in 1970 – 80-s, was largely due to the need for an ideological and political rationale for maintaining and consolidating US dominant positions on Pacific and East Asia. By the way, Russia also does not stand aside from similar regional construction projects to ensure its geopolitical interests. A striking example is the promotion of the geo-concept of Eurasia and the project of the Eurasian Union.

How successful will be the attempt to construct the Indo-Pacific region, time will tell. Obviously, not all this geopolitical construction will be to your liking. First of all, of course, she does not like China.

Russia's ITP idea does not promise bright prospects either. The Pacific, of course, will not disappear anywhere, and Russia will not cease to be a Pacific power, but shifting the geopolitical focus to the west from the Strait of Malacca is likely to weaken Moscow's influence in the region: in the Pacific our positions have never been particularly strong, and In the Indian they are practically absent.

If the Indo-Pacific region nevertheless turns from a fashionable verbal construct into a geopolitical reality, it will determine the state of world politics and economics, and relations between China and India will become its carrier axis.

China with a GDP of $ 12,4 trillion (at purchasing power parity) today yields only to the economic power of the United States. Indicators of India look more modest: its GDP is almost three times inferior to Chinese, accounting for "only" $ 4,7 trillion (4 place in the world). India is still lagging behind the PRC and in terms of economic growth. If China has been demonstrating the growth of 8-10% per year for a long time, then the rate of increment of Indian GDP since the end of 1990-ies was about 7%, and in 2012, it fell to 5,4%.

The Indian economy is noticeably inferior to the Chinese in most parameters, but it has one very important potential advantage - the demographic one. The fact is that China will soon enter a phase of rapid aging of the population, when the number of people retiring will significantly exceed the number of new employees. According to the latest census, since 2010, the population of working age (from 16 to 60 years) in the People's Republic of China began to decline, which was a natural consequence of low birth rates. At the same time, the number of senior citizens is growing, increasing the burden on the country's financial system. This factor will become a fundamental constraint for the further rapid growth of the Chinese economy and will create serious challenges for it.

India, on the contrary, enters the most favorable demographic phase, when the age structure is dominated by people of young and middle age. According to UN experts, by 2030, the population of China will begin to decline, and India will become the most populous country in the world. This is likely to affect the ratio of their economic potentials: the pace of development of China will slow down, and India will begin to rush forward.

It can be confidently predicted that the Delhi-Beijing dyad, along with the Beijing-Washington axis, will act as the most important bilateral relations of world politics of the 21st century. What will happen between the two Asian giants will directly or indirectly touch everyone else. If India and China manage to come to an agreement by forming an "Asian alliance," they can easily claim world hegemony.

However, such a scenario seems unlikely. Beijing and Delhi today are more likely to be rivals than strategic partners. And apparently, their competition will intensify. Delhi did not forget the humiliating defeat in the 1962 border war of the year, when the Indian army was overwhelmed by the Chinese. Indians categorically do not like the alliance of China with Pakistan, they are alarmed by the growing presence of Chinese in the Indian Ocean. In turn, the Chinese are unhappy with the increasing penetration of India into Southeast Asia, which Beijing considers to be its sphere of influence. Beijing is also extremely concerned about the strengthening of Delhi’s cooperation with Washington.

The main reason for the growing rivalry between the two Asian Colossi is, perhaps, that they have ceased to be self-sufficient, self-centered civilizations, which they have been for thousands of years, and have become ambitious great powers that actively assert themselves in the international arena. One can only hope that the competition between India and China will have a peaceful and constructive outcome.