On the protection of rare cats

The creation of a cross-border reserve "Land of Big Cats", which will unite the two national parks, is being discussed by Russia and China. Around 20 thousand square meters km of almost untouched forests, protected by two states, can become an impetus to the growth of the population of the rarest Far Eastern leopard and Amur tiger. It will also allow scientists to come together and study predators together. Already there are preliminary agreements, documents are ready, the initiators of the project are waiting for a decision at the level of heads of state. 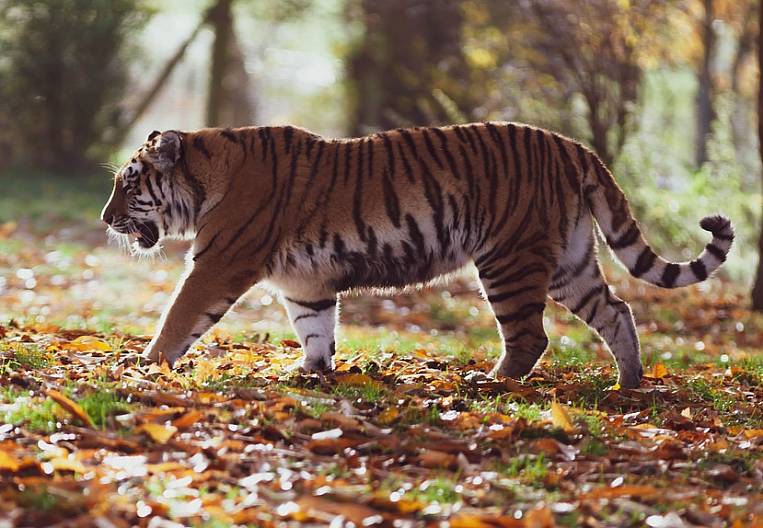 From idea to implementation

The idea to create a cross-border reserve on the border of Primorsky Krai and the PRC appeared in the 2004 year. Then Russian scientists prepared the first justification, six years later, in 2011, the country's leadership supported him, but China rejected the offer. Perhaps the reason was that the country was not ready to implement such large-scale environmental projects and did not have a vast area of ​​specially protected territories.

In 2012, Russia created the Leopard Land National Park in the southwest of Primorsky Krai, and the Far Eastern leopard population from 30 individuals increases over the course of several years to almost 100. In 2017, China already created the "Northeast National Tiger and Leopard National Park", which includes border lands. The length of the common borders of the specially protected territories has now begun to count more than 260 km - there is an occasion to talk with China about a reserve at a higher level.

At the end of February 2019, Russian and Chinese national parks signed a memorandum of understanding, where the parties agreed to work together to preserve the rarest cats. They decided to protect and study tigers and leopards together, to collaborate in tourism and environmental education. The meeting was held at the invitation of the Chinese side in Changchun. Later in China, the Directorate of Reserves agreed to work to increase the status of protected areas at a high government level.

Already in July, the Kremlin made a statement that following a meeting between Chinese President Xi Jinping and Russian President Vladimir Putin, the parties agreed to deepen cooperation in nature protection zones, especially on the conservation of the Amur tigers and Far Eastern leopards in transboundary reserves. To protect rare cats, the countries will jointly conduct monitoring and patrolling, create natural corridors along the Russian-Chinese border for their free migration. ”

“This work will contribute to the conservation and restoration of the unique populations of the Amur tiger and the Far Eastern leopard, the biological diversity of the East Manchurian mountains ecosystem, the development of ecological tourism, and education,” said Dmitry Kobylkin.

According to one of the authors of the idea, Yury Darman, Honored Ecologist of Russia, Deputy Director for Science of the Leopard Land National Park, Russian scientists have already prepared a draft cross-border reserve, and only a strong-willed decision by the heads of state is lacking.

“The project has been launched, all approvals have been completed at our level, documents have been prepared that we are ready to submit to the Ministry of Foreign Affairs for transfer to the Chinese side,” said Yuri Darman.

Big cats without a passport

By the 2000s, almost no leopards remained in the wild on the Chinese side and only a few tigers were recorded. The Amur tiger lived with them only on the so-called tiger farms, where animals were used for the extraction of derivatives, which are used in traditional medicine. After the national park "Land of the Leopard" appeared in Primorye, the population of rare wild cats began to increase, the animals began to move to the border Chinese territories. In the PRC, they realized that this is their only chance - to return the wild population of the tiger, and with it the Far Eastern leopard. Realizing the problem, the Chinese seriously decided to save wild cats and created a pilot national park with an area of ​​more than 1,46 million hectares, while the Russian national park occupies 282 thousand hectares. The Chinese hope that at least 100 tigers will live on their territory.

Scientists say that thanks to joint efforts, the total number of Amur tigers has already reached the 600 specimen, with about 50 of them being an independent population inhabiting southwestern Primorye and the adjacent Chinese national park. This population even got its name - East Manchu. In addition, according to experts, the number of leopards in this territory is likely to exceed the mark in 120 individuals. In China, at least 15 Far Eastern leopards and 10 Amur tigers are constantly observed, two broods of tiger cubs have appeared. Some of them have the so-called dual citizenship, live in Russia and in China.

“We need to know what conditions are created for cats crossing the border. These conditions should be favorable for reproduction, everything should be in order with the feed base. Therefore, life itself requires our constant cooperation, exchange of information, data from camera traps on the condition of the feed base, and so on, ”said Viktor Bardyuk, director of the Leopard Land National Park.

If Russia serves as the core of the distribution of animals, then the Chinese side has technologies that are extremely interesting to Russian scientists. Previously, wild cats were counted in the wake, now scientists rely on the data of camera traps that are installed in the forest. Cameras respond to movement and capture animals. Scientists know all tigers and leopards, distinguishing them by individual spots and stripes. They are called by name, they trace the history of life for more than 10 years. But technology does not stand still.

If in the south-west of Russia there are 400 video cameras covering an area of ​​about four thousand square meters. km, then in the Northeast National Park of Tigers and Leopards in the territory of five thousand square meters. km - three thousand cameras. Scientists are engaged in data analysis in Russia manually, and in China, unique artificial intelligence: 1 500 camera traps send information about each fixed animal to specially constructed receiving towers, from which information instantly gets to the Monitoring Center via cables. Thanks to the neural network training program (AI - artificial intelligence), the computer not only determines the type of animal, but also individually recognizes tigers and leopards. 2,5 minutes after receiving the information appears on the operator panel. The Chinese government is using this project as a pilot to extend the methodology to all the national parks in China.

“But, despite the technology and the high density of cameras, China has fewer photos of tigers and leopards. We have something to learn from each other, ”said Yuri Darman.

Also, the Chinese side is faced with the problem of relations between the local population and wild cats. They have few ungulates and practice free grazing of cows in the forest. Tigers consider livestock their prey. In addition, wild boars, which also make up the diet of a predator and are under the protection of the national park, dig up farmers' crops in the fall. So far, the government is fully compensating all costs. In Russia, these issues have been resolved, and experts are ready to share their experience.

“Naturally, after the creation of the cross-border reserve, both territories will work according to the laws of their state. Only the degree of coordination and interaction between them will increase. And such an intergovernmental agreement allows for emergency contacts through the institution of border representatives in case of emergencies - floods, typhoons, the occurrence of dangerous diseases in animals. When a cross-border reserve is created, it is possible that in some places that are especially important for animal migration, the barbed wire will be replaced by other, more modern technologies. The Chinese side also has an interest in our experience - in installing camera traps, organizing biotechnological events. On the “Land of the Leopard” a lot of experience has been accumulated in this, and we can share it. Well, plus cross-border exchanges - both by employees of institutions and environmental delegations from the local population, as well as children's and volunteer organizations. The plans also include conducting joint scientific research, creating a single database, ”Viktor Bardyuk explained.

According to experts, the financial issue when creating a cross-border territory is closed both by Russia and by China. In the Russian Federation, the Leopard Land national park and the Kedrovaya Pad reserve have quite a lot of funding. Plus, sponsorship is provided by the autonomous non-profit organization Far Eastern Leopards, created under the patronage of Sergei Ivanov, special representative of the President of the Russian Federation for environmental protection, ecology and transport.

“But officially no money has been allocated for international activities. In Russian law there is not even such a thing as a transboundary reserve. And this, too, was not included in the new edition of the law on protected areas, unfortunately. But, nevertheless, we have transboundary reserves, such as Lake Khanka, Daursky. They are not registered in any way, therefore there is no separate budget item in the budget, ”commented Yuri Darman.

The cross-border reserve "Land of Wild Cats" will help restore the population of the rarest predators that were on the verge of extinction on the planet a few decades ago.

“We won’t be able to save the tiger and the leopard alone, because we simply don’t have territory anymore," the capacity is full. " And in China, huge forests. I am sure that this territory through 10 will be worthy of UNESCO World Heritage in its uniqueness over the years. Almost 20 thousand square meters km of virtually untouched forests with a complete ecosystem - from the smallest animals to large predators. Because, while preserving the tiger, we save much more - the entire ecosystem up to insects, the ecosystem of forests, ”concluded Yuri Darman. 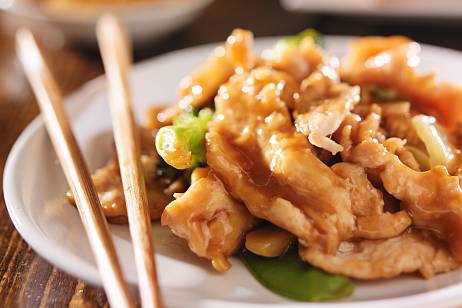 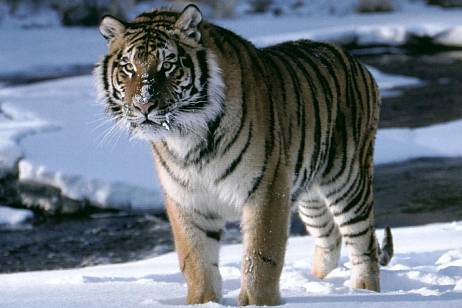