In Kamchatka, there are 800 thousands of tourists a year

Kamchatka has strengthened its positions in several sectors of the economy in the past year. In many ways, this was facilitated by obtaining the status of a priority development territory and the creation of special conditions for business in the Far East. 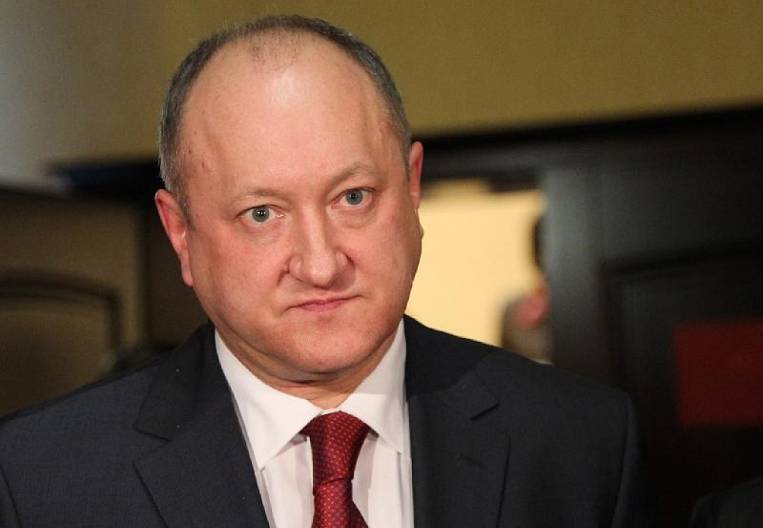 - What events of the outgoing year could you call the main ones that could affect the further development of the economy and social sphere of the peninsula?

- Of course, this is a whole range of key decisions in the Far East. I mean the creation of a territory of priority social and economic development, the decision to expand the Free Port regime to the territory of Kamchatka.

- What is the uniqueness of these projects?

- ASEZ Kamchatka is a truly breakthrough project for the region, which is fundamentally different from other Far Eastern projects. Within its framework, it is planned to develop a port-industrial zone, a tourist-recreational and agro-industrial complex. The number of anchor residents increased from 13 to 18, and 34 billion rubles of private investments were attracted. Next year we will start building infrastructure. I also consider the Free Port regime to be an effective mechanism for regional development. It will allow us to provide a simplified entry for the fleet, including fishing and fast cargo handling, simplified visa entry, create a free customs zone, introduce additional tax benefits, and ultimately create competitive conditions in comparison with other Far Eastern ports.

- Has the import substitution policy helped the development of the fish processing industry?

- Our fishermen have extracted about 950 thousand tons of aquatic biological resources. At the same time, under the conditions of the sanctions, the bulk of the production was directed to the domestic market. We maintain our leadership in terms of investments in fish processing. In Kamchatka, a modern fish canning shop "Ozernovsky RKZ No. 55" and a high-tech processing complex "Koryakmoreproduct" were put into operation. The volume of investments in the economy for these projects exceeded 2 billion rubles. In general, the course towards import substitution in the country made it possible to strengthen the positions of several sectors of the economy. We managed to maintain high rates of agricultural growth. At the end of the year, it amounted to about 10%. Business is actively investing in the development of the industry.

- Are there any fears that difficult economic conditions in the country will affect the implementation of large investment projects?

- I must note that today the position of the president, the efforts of the plenipotentiary, the Ministry for the Development of the Russian Far East and regional authorities in relation to the Far East, have made it possible to form effective instruments in the country to support large investment projects. For example, Kamchatka became one of the first entities to receive funds for the creation of transport and engineering infrastructure in the form of a direct subsidy to investors. This year, a subsidy from the federal budget for the construction of a highway to the deposit in the amount of 1,2 billion rubles was approved for the project of the Sigma company for the extraction and processing of ore from the Ozernovskoye gold deposit. The next stage will be a subsidy for the construction of energy infrastructure facilities with a funding volume of 1,9 billion rubles. The Far East Development Fund plans to allocate 2 billion rubles for the construction of highways to the Ametistovoe mining and processing plant and to the mining enterprise at the Baranyevskoye field.

- What are the overall prospects for the mining industry in Kamchatka?

- The mining industry in the region has now entered a new stage of development. At the end of 2014 alone, the volume of extraction of precious metals in the region increased by a quarter. We have mined almost 3,5 tons of gold, 2,5 tons of silver and half a ton of platinum. At the same time, the volume of investments in the industry exceeded 4 billion rubles. It is already clear that in 2015 the growth will be even more significant. In September, we launched the largest mining and processing plant at the Ametistovoe gold deposit. Its capacity is 4 tons of gold per year. The launch of the plant will double the volume of gold production in the region. The total volume of private investments in this project amounted to more than 16 billion rubles. The enterprise will annually contribute over 700 million rubles in taxes and fees to the country's budget system.

- What other large projects that can affect the socio-economic situation are currently being implemented in the region?

- First of all, I would name infrastructure. Many of them are declared within the Kamchatka priority development area. Now, at one of the sites of the TOP, the construction of a modern building of the sea terminal is being completed. It is designed to serve 200 people simultaneously. A passenger terminal will be located in one of the blocks of the station. The second will house a checkpoint across the state border of the Russian Federation. We are implementing this project within the framework of the Federal Target Program “Economic and Social Development of the Far East and the Baikal Region for the Period up to 2018”, the total cost of construction work is more than 530 million rubles.

The seaport, where the modern building of the seaport is being built, is one of the major sites of the Kamchatka ASEZ. It is also planned to reconstruct the quay walls, create a modern transport and logistics base, and organize additional storage facilities. A number of major tourist facilities will appear on this site, including a modern yacht port. If we talk about the capabilities of the port's cargo terminal, we will be able to increase the cargo turnover from 1 to 8 million tons per year.

Now the region is completing the reconstruction of the airfield at the main airport of Kamchatka. On the instructions of the President, about 13 billion rubles were allocated for this. More than a year ago, all the work should have been completed, however, the general contractor, FSUE Main Directorate for the Construction of Roads and Airfields under Spetsstroy of Russia, still cannot put into operation a number of facilities of the complex. Despite the difficulties in putting the complex into operation next year, we intend to start construction of a new modern terminal building. The project of the new terminal building has already been prepared; its implementation is expected to take three years.

- Do you expect these new facilities to attract tourists?

- Now we are actively building up the tourist infrastructure. In the first half of 2015 alone, the tourist flow to Kamchatka increased by 30%. If before the main number of guests arrived on the peninsula from mid-July to mid-September, now - from June to November. According to our estimates, thanks to the integrated development of the territory, the tourist flow in the next 10 years will grow to 800 thousand per year.
Tags: Kamchatka Vladimir Ilyukhin tourism
April 16: current information on coronavirus in the Far East
Digest of regional events and latest statistics
Media News2
See also: