On the crest of the "green" wave ESG

ESG is committed to conducting business with environmental, social and corporate responsibility. How can the presence or absence of ESG affect the life of the average citizen? How can business and government ignore these principles? Isn't this just another fashionable concept that is needed only to “feed” its apologists? Participants of Sberbank's session "Is Russia Ready for Global ESG Transformation?" looking for answers to these questions as well. The meeting was moderated by Alexander Vedyakhin, First Deputy Chairman of the Management Board of Sberbank. The tone of the discussion was set by the President, Chairman of the Board of Sberbank German Gref, his interlocutors were: Minister of Economic Development of the Russian Federation Maxim Reshetnikov, Deputy Minister of Energy of the Russian Federation Pavel Sorokin, Special Representative of the President of the Russian Federation for Relations with International Organizations to Achieve Sustainable Development Goals Anatoly Chubais, Chairman of the Board, General Director of PJSC Gazprom Neft Alexander Dyukov; Director General of LLC Siberian Generating Company and JSC SUEK Stepan Solzhenitsyn. 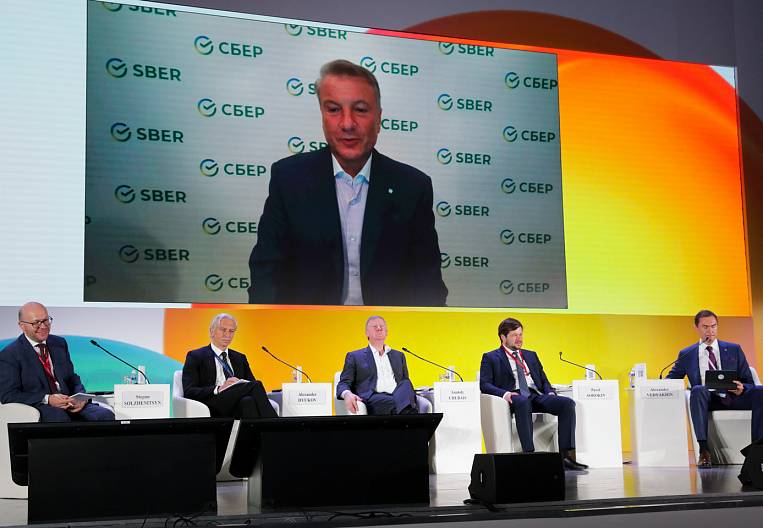 Even 20 years ago, the problems of climate change seemed far-fetched to most ordinary people and entrepreneurs. Now the controversy has mostly subsided: the climate is changing, it does it quickly, and the changes are noticeable not only on the news from other parts of the world. They are happening even faster in Russia than in the rest of the world. The temperature in our country grows by an average of 0,5 degrees every 10 years. What to do? Again this question! But in this case, there is an answer - first of all, it is necessary to reduce the volume of carbon dioxide emissions - CO2, which is formed when burning carbon types of fuel.

European companies from different industries began to adhere to different variations of ESG back in the 70s of the last century, but now the principles of ESG are a worldwide trend. A positive image is impossible without ESG compliance. Investors pay no less attention to adherence to ESG principles than to order in financial reporting. At the same time, the West has already begun to solve the problem of CO2 emissions dramatically - 64 states at once adopted a resolution on achieving carbon neutrality by 2050. At the same time, the consumption of non-ecological fuel should be drastically reduced, practically reduced to zero. Following ESG is one of the directions leading to this goal.

And what about Russia? As an initial message, German Gref cited the most radical scenario - there are three of them and they were developed, including with the participation of artificial intelligence.

“Achieving global carbon neutrality will require an investment of $ 140 trillion. What is energy transition for the world? It will not only affect energy and high carbon footprint industries, but it will affect everyone. We will have to quickly implement everything related to saving resources, we will have to change our behavior. The energy transition will have dramatic consequences for Russia's energy exports. The figures have already been verified: according to the most radical scenario for our country, 72% decline in the production of oil and gas condensate, 52% - gas, and 90% - coal by 2050. The market believed in ESG transformation. The stocks of companies that are trying to solve this problem and actually start to reduce emissions are growing. Regulators, macroeconomic authorities, national governments are busy creating incentives, and the market began to experience this for itself. ESG comes to the fore and has a dramatic impact on the economy and economic profitability. These changes are already taking place. This is a topic that needs to be seriously discussed, - said German Gref. A radical scenario can be avoided if the transformation of companies and industries is started now.

Russia is skeptical about the Europeans' plans to achieve carbon neutrality in thirty years. According to the Minister of Economic Development Maksim Reshetnikov, who participated in the session, it is not yet clear by what measures these indicators will be achieved, from where investments will be taken for all environmental programs. He added that there are even statements on the European sidelines: they say, we just took it upon ourselves to make such a decision, but there are no concrete measures, sources of funding and calculations yet.

- We also have active companies that urge the government to develop environmental measures. Sberbank helps a lot. But there are also many questions. Our northern ports: they will have to look for other cargo, develop and change the transport strategy. Carbon-free metallurgy will be 20-40% more expensive than usual. Are consumers willing to pay for it? World inflation will rise. So, from a purely climatic agenda, we need to move to pragmatism and substantive conversation with the population, the minister added.

- We have the latest UN report on climate change, and there UN Secretary General Antonio Guterres noted that these data should become the death knell for the entire coal and oil and gas industry. And we will have to make two maneuvers: switch to other methods of processing resources and diversify production. Petrochemistry, for example, can create a more environmentally friendly fuel, retorted German Gref. - And then, of course, the numbers may be different.

However, Stepan Solzhenitsyn, the head of Russia's largest coal company, SUEK, who participated in the session, noted that ecology is really important. Moreover, his company implements many environmental and social programs, and supposedly the new ESG transformation is nothing more than a European trend, and Russia needs to solve its own problems.

- I really want the report to be a death knell on a different topic. Now it turns out that we are taking a European view of this issue. But they, in Europe, do not care about ecology and jobs in our country. Back in the 70s and 90s, they were solving completely different problems: clean air and water, ecology, and competent waste management. But we haven’t decided this either, and now we have forgotten about 95% of our really topical agenda and will start working on the climate, ”says Stepan Solzhenitsyn. - But we must think that it is more important for the people - that the air is clean or a very beautiful solar station is nearby. Therefore, our task is not decarbonization, but clean air. Simply remove ash and dust from the air. And what about monotowns for which we are also responsible? We need diversification in these places. So it turns out that either we, as a country, will spend resources to solve our problems, or to fight what others want from us?

Anatoly Chubais, Special Representative of the President of Russia for Relations with International Organizations to Achieve Sustainable Development Goals, disagreed with him. He immediately remembered that China, the main buyer of coal, including from SUEK, had also declared carbon neutrality. But the head of the coal corporation found something to fend off: they say, this is not immediately, but until 2030 there are plans for the supply of coal, and even with an increase in volumes.

Artificial intelligence from Sberbank "overheard" the discussion. First, in the first part of the session, he compiled a list of the most common risks that an ESG strategy poses for Russia. The list itself according to the greatest danger was ranked by the guests using a vote. The most dangerous was the decline in employment and incomes of the population. This was followed by a drop in export earnings, loss of competitiveness of the economy, and loss of budget revenues. Moreover, the traditional coal mining regions of the Far East at this point were in a special risk zone. Also, artificial intelligence noted the problems of single-industry towns and transport infrastructure, insufficient investment in the oil sector.

Looking at such prospects, the guests of the forum could not help but talk about what to do with such a set of not rosy prospects. As German Gref noted, it is necessary to change. And even such seemingly large losses can become opportunities.

Artificial intelligence immediately identified the main opportunities offered by the speakers in the discussion. The session participants put the development of renewable energy sources in the first place in its list. This was followed by the opportunity to improve the energy efficiency of the economy, diversify production and business, and increase the absorptive capacity of forests. The rating was closed by proposals for the development of technologies for capturing and storing carbon and the creation of a system for accounting and trading of emissions. And German Gref suggested another option that would help bring all this into a working and realistically feasible system for each company.

- To work more efficiently, to develop regulatory legal acts together with the government, to come up with their own initiatives, I suggest entrepreneurs to create an alliance. The first conference could be convened as early as October. I think there will be companies ready to work in this direction and support new, relevant trends. They will be able to participate in the development of a climate strategy from the inside, negotiate and make plans for the future, which, at the same time, would be consistent with the energy strategy of the state.