On the border with the virus

Passengers with signs of a cold and a high fever arriving from China to Russia are urgently taken to a hospital for examination - it is necessary to exclude the risk of contracting a new dangerous coronavirus. Enhanced caution is being taken in the regions of the Far East bordering the PRC. 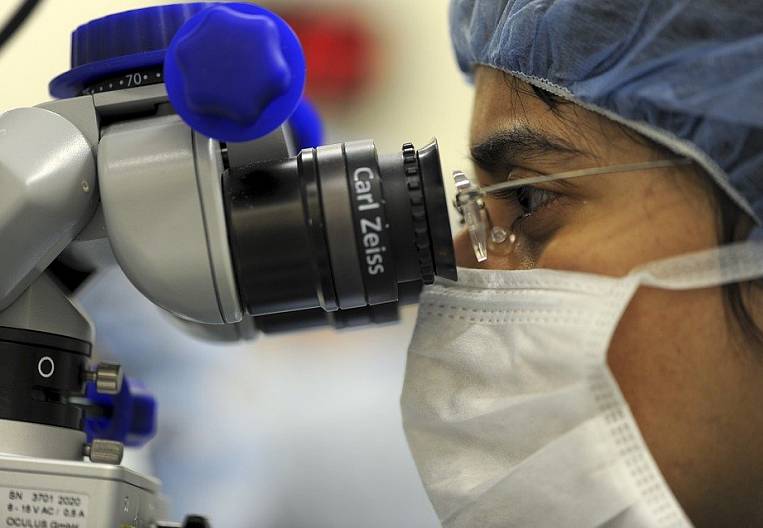 In December 2019, an outbreak of pneumonia occurred in the Chinese city of Wuhan, later it turned out that it was caused by a previously unknown type of coronavirus. Now it is spreading, according to the State Committee on Hygiene and Health of the PRC, as of January 21, 291 confirmed cases of the disease were registered in the world: 287 in China, two in Thailand, one each in Japan and South Korea. In this case, there were four deaths.

In China, the 2019-nCoV virus is spread predominantly in Wuhan, as well as in Beijing, Shanghai and Guangdong. The deadly coronavirus, called Wuhan pneumonia, is transmitted from person to person. This was confirmed after 15 doctors fell ill with it. The main symptoms of infection are fever, cough with sputum, fatigue. Previously, epidemiologists believed that the virus spreads through infected products, since the first cases of infection were recorded in the seafood market.

As noted in Rospotrebnadzor, coronaviruses cause respiratory and intestinal diseases. They got this name because of their appearance: under the microscope, a “crown” of protruding proteins is visible on the surface of the viral particle.

Six coronaviruses are now known that can infect humans. Four are harmless and cause symptoms of a common cold. The other two are causative agents of SARS: the Severe Acute Respiratory Syndrome (SARS) coronavirus and the Middle East Respiratory Syndrome (MERS) coronavirus. Both cause serious respiratory infections and can be fatal. In addition to humans, mammals, including cats, dogs, bats, and birds, can become infected with the coronavirus. Therefore, among the versions of the origin of the virus was transmission from these animals and even snakes, which in China are eaten.

In 2003, an outbreak of SARS occurred in China, the virus spread outside the PRC and spread to 29 countries. More than 1,5 million Chinese citizens come to Russia annually, about the same number of Russians visit the PRC, so the Federal Tourism Agency recommends that travelers to China and other countries where infections have been detected should seek immediate medical attention if the first signs of the disease appear.

Rospotrebnadzor also recommended that Russians traveling to China not go to Wuhan, although now it is closed - residents are not allowed out of there, bus and water communications are closed. At the same time, the World Health Organization does not plan to introduce any travel restrictions yet.

Ex-head of Rospotrebnadzor, academician of the Russian Academy of Sciences and epidemiologist Gennady Onishchenko at a press conference in Moscow, said that the number of patients could increase due to the celebration of the Eastern New Year. According to him, many Chinese citizens work in Russia, who have left for themselves to celebrate the New Year and will return after February 1. The greatest risks will appear in the border regions - Khabarovsk and Primorsky Territories, Amur Region.

Rospotrebnadzor strengthened sanitary-quarantine control at all checkpoints in Russia. For this, foreigners who have arrived in the country will have to fill out a special form and measure the temperature. Tourists with fever were sent to a hospital in St. Petersburg, Moscow, Perm, Primorye and the Khabarovsk Territory, but not a single suspicion was confirmed, they were diagnosed with ARVI.

“At present, China is preparing to celebrate the New Year, so there will be an active migration process, both within the PRC and to other countries. Traditionally, from January 24 to 26, checkpoints will cease to work in anticipation of the celebration. After this, an influx of citizens into the region is expected, ”said Yekaterina Kireeva, First Deputy Minister of Economic Development and External Relations of the Amur Region.

In the Amur region, the schedule of delegation exchanges with China will be adjusted; residents were recommended to review their plans and, if possible, refuse to visit China. The regional infectious diseases hospital has a high-alert mode, a separate isolated box and the necessary supply of medicines have been prepared.

At the checkpoints in Primorye, the temperature is remotely measured for tourists who have arrived from countries that are disadvantaged for infectious diseases, including China. At enterprises where Chinese citizens work, inspections are organized. In the Khabarovsk Territory, the Rospotrebnadzor laboratory now has an express test that allows the presence of coronavirus to be detected within two to four hours.

“The measures taken are almost the same as in the case of ordinary flu: thermal imagers were installed at airports and other checkpoints, a sanitary quarantine point is working, at which employees of the Federal Service for Supervision of Consumer Rights Protection and Human Welfare check all who arrive and conduct questionnaires. If a person with signs of the disease is discovered, he will be sent to the hospital, diagnostic tests will be carried out to determine the nature of the disease. It is not the first time that coronavirus causes such outbreaks, in 2003 there was SARS, and there is still the Middle East respiratory syndrome. Now a new strain has appeared, and there is only one approach to treatment, ”said Alexander Vitko, Minister of Health of the Khabarovsk Territory, EastRussia.

In the regions of the Far Eastern Federal District, authorities advised residents not to travel to China. However, Wuhan is not a popular tourist destination. There are no organized tours there, but there are very few tourists traveling in this direction on their own.

It is known that at risk are people over 65 years old who are serious with chronic diseases. In deceased coronavirus superimposed on hypertension, diabetes, tuberculosis or bronchial asthma. Russia has already begun developing its own vaccine for the new coronavirus, but the Strategic Planning Center of the Ministry of Health of the Russian Federation believes that creating and conducting a vaccine research cycle will take at least six months.

This week, Chinese doctors said they have developed a successful treatment for Wuhan pneumonia. Oxygenation of the blood helped to cure the infected patient. The lungs of a 53-year-old seriously ill man were seriously affected by the virus, so doctors connected him to an ECMO machine. After that, the patient's condition gradually stabilized, he began to recover.

Meanwhile, residents of the regions of the Far East began to refuse from trips to China and suffer significant material losses, since the money already transferred to Chinese companies for organizing vacations is unlikely to be returned.

“Tourists really begin to refuse tickets to China. Today, for example, there was a rejection of three tourists from Komsomolsk-on-Amur; several people also refused in Yakutia. Travel agencies do not sell their product, but the product of the tour operator, which has its own block of seats on the plane — the irrevocable tickets paid by the hotels, and also will not be able to get money back, because now is the high season. Until the tour operator returns the finances, the agency will not be able to give them back. Since this is not force majeure, people simply won’t get the money, ”commented Valentina Aseeva, Executive Director of the Far Eastern Regional Branch of the Russian Union of Travel Industry.