Despite all the efforts of the authorities in the person of Minvostokrazvitiya and the Agency for the Development of Human Capital in the Far East, promoting the program of a free "Far Eastern hectare," the Krasnodar Territory remains one of the most attractive for interregional migration. According to Krasnodarstat, on the Kuban in 2017 came an order of 112 thousand migrants from other regions of Russia. People are attracted, as a rule, by pleasant climatic conditions - a warm, almost snowless winter, an extended summer for almost a month and soft autumn and spring. In addition, the migrants note other pleasant features of the region - relatively good quality of roads, not the highest level of prices, natural resources, proximity to resorts, investment potential of the region.

However, those who were born and raised not in the southern part of Russia, having moved, often do not rush to forget their native places, maintain close ties with friends and relatives and simply transfer part of their culture, customs and mentality to a new place. There are quite a lot of “new southerners” who have moved from the Far East to the Kuban. Khabarovsk residents, natives of Yakutia, Amur and Magadan regions, Kamchatka and Sakhalin. The Krasnodar Territory has become a new home for them, but in the southern land they want not to forget their native land. Evgeny Boyarkin and Marina Marchenko, administrators of the largest Far Eastern communities in social networks, the Far East in the Kuban group and the DV27 chat, told EastRussia how the Far East live in Krasnodar and how they communicate with each other. 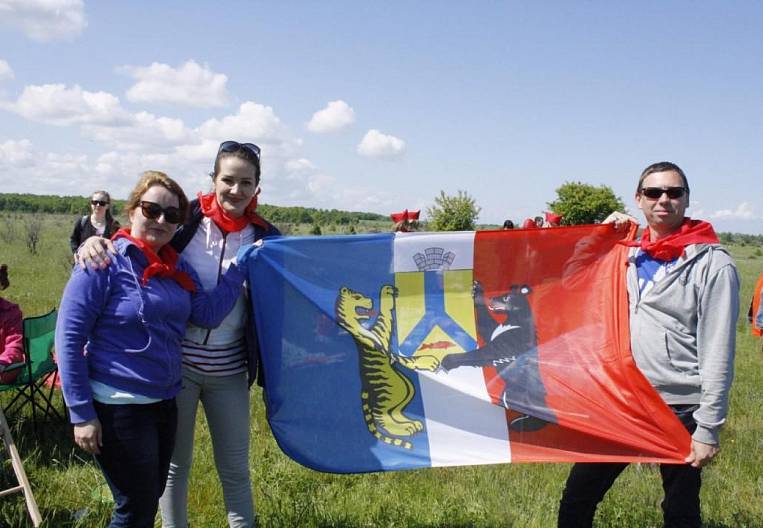 Photo: from the group "Far East and Khabarovsk in Krasnodar" / ok.ru
- The collection of Far Eastern "ponakehov" (as we call each other) began 31 May 2015 year. We always celebrate this date, - explains Marina Marchenko, who moved to Krasnodar from Blagoveshchensk (Amur Region). - After the move it is difficult to join, it is difficult to understand the local, the mentality is different again, almost immediately it becomes clear that you need to look for like-minded people. And who can support each other? Of course, fellow countrymen. We organized the first meeting - very few people came to her, just acquaintances. Then they began to search the Far East in social networks, in fact they even ran around the streets and, if they suddenly saw cars - 27, 28, 125 region, they stopped, asked, agreed or did not agree to the meeting. And people came. First a little, then more and more. Then we decided to organize a general chat where you can chat and discuss something online.

Today, Marina and Eugene conduct three chat rooms in instant messengers (each according to 250 people) and a large group in the social network "Odnoklassniki" (about 4000 participants). Chats are organized, of course, mostly for communication. However, often there is real help, sometimes fundraising, joint purchases.

- Us, the Far East, in Krasnodar is already about 300 000. Those who decided that there is no better place in Russia, - says Evgeniy Boyarkin. - The mentality of southerners, of course, is very different from ours initially. Contrastingly. Here, people are definitely closer to the earth, not industrial. The Kuban is an agrokrai. Still here, nepotism is very developed. Brother, matchmaker, mother-in-law. We do not have that. However, I did not meet any bad or unpleasant people here in the first two years. Then, after plunging into the business, there were already different. I also have a lot of friends-Kuban. But they are not all the same as Khabarovsk citizens, for example. After all, we, people from the Far East, we brought energy here. Your energy. To live in the Far East as relaxed as people live here, it is impossible. Because you'll freeze. And we brought this mentality. In addition, only the most active people come here. Those who were able to achieve something in their homeland. Because you can not go here without money. We were able to do something there and brought here. This can be seen everywhere, I do business and in this sphere there are a lot of migrants.

Often the indigenous inhabitants of the Krasnodar Territory, those who come to the Kuban, recognize not too friendly. Many people from the Far East say that, in their opinion, the land is rich, sunny, but people here, despite the warmth, are unhurried, are heavy on the rise, most of them often lack business acumen and speed in decision-making.

Participants of such informal associations as "Far East in the Kuban" are, as a rule, people who moved to the Krasnodar Territory no more than five years ago. During this time they managed to transport the family, get settled, get a home and a permanent job.

- Previously, in our groups, we accepted only those who have already moved and live here. Now the rules are not strict at all - we take even those who only think about moving, - Marina Marchenko shares. - Always try to help, tell. Although, to admit honestly, sometimes we dissuade, because in recent years, for example, the local level of prices equaled our Far Eastern. Everything became expensive. And indeed in the Kuban is becoming cramped (laughing).

"In spite of everything, our communities here are still very attached to the Far East," Yevgeny Boyarkin explains. - We celebrate, for example, the Far Eastern holidays, the anniversaries of our native cities - Khabarovsk, Vladivostok, Blagoveshchensk and others. We are going to 200-250 people, rent banquet halls, hold events. In addition, we always meet the New Year together. Once every three months, we regularly get out on a shish kebab or just a picnic. These meetings are a kind of summing up the quarterly results of our association. What happened is good, what's wrong. We support each other in difficult situations. We rejoice if everything is fine. 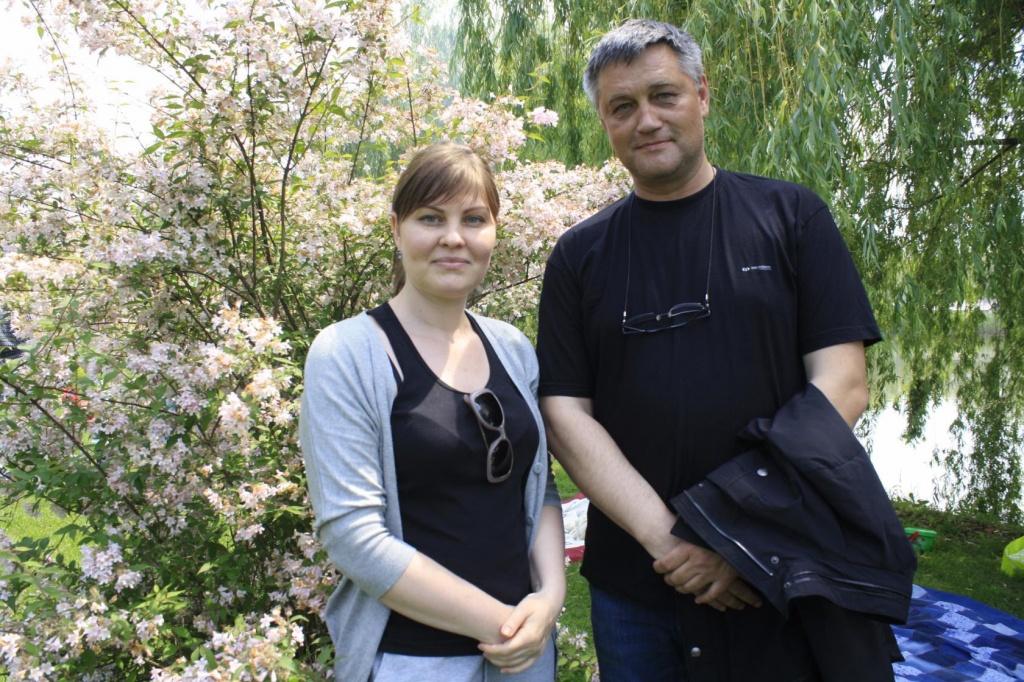 The immigrants from the Far East, in addition to communicating with fellow countrymen, often seek to visit the friends and relatives who have stayed there - after all, the whole family can not be transported. As recognized by many of them, craving for places of childhood is ineradicable. It is especially difficult in the first years after the move, and it is such informal groups and territorial communities that help to survive the crisis times.

- I fly to Khabarovsk every year. Wife - no, so he misses the city much more, - says Eugene. - Every time I fly, of course, my native places are pleasing. It pulls back strongly. But then I remember that they moved here for the sake of children and their opportunities, now we are here - and we will stay here.

According to official data, in recent years there has been a noticeable decline in migration activity of immigrants from the Far East. Interregional migration to the Kuban as a whole for 2017 year decreased by 8,7% compared to 2016 year. In the opinion of the inhabitants of the South, who left the Far Eastern regions in due time, this is directly related to the increase in the price level and the general deterioration of the economic situation in the Krasnodar Territory. And also with the inability to sell housing in the Far East.

At the same time with the acquisition of housing in the same Krasnodar, there are no problems with the Far East. According to experts, in some residential complexes up to 30-40% of apartments are redeemed by visitors.

- In Krasnodar, such a rabid construction, as in any major city, that you can find housing for any purse, - continues Eugene. - However, when you fly here and, having left the airport, you see in the center of the city samanye huts - very much surprised, and at first you want to run. In all major cities, people with a large fortune try to live in the center. In Krasnodar there is no place to live in the center. Therefore, we are looking at classic sleeping areas. So it turned out that at the time when we were here a lot to go - these sleeping areas and occupied. Choosing a price and convenience. At my entrance now lives seven more families from Khabarovsk. And so almost every entrance of our house. At the bottom of Khabarovsk opened a store, nearby other Khabarovsk residents - a cafe. We communicate all together, and here comes something like the Far Eastern "enclave" inside the residential complex.
Tags: migration Kuban relocation housing traditions building business Far East 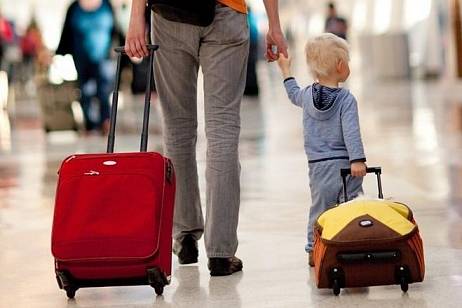 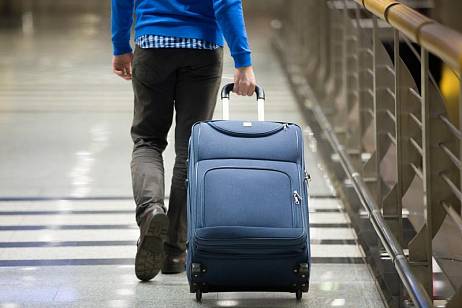