Now a resident of the Free Port of Vladivostok, a mariculture farmer Vasily Grebennikov, makes Vityaz Bay not only a scallop breeding center, but a magnet for gastro and ecotourism. 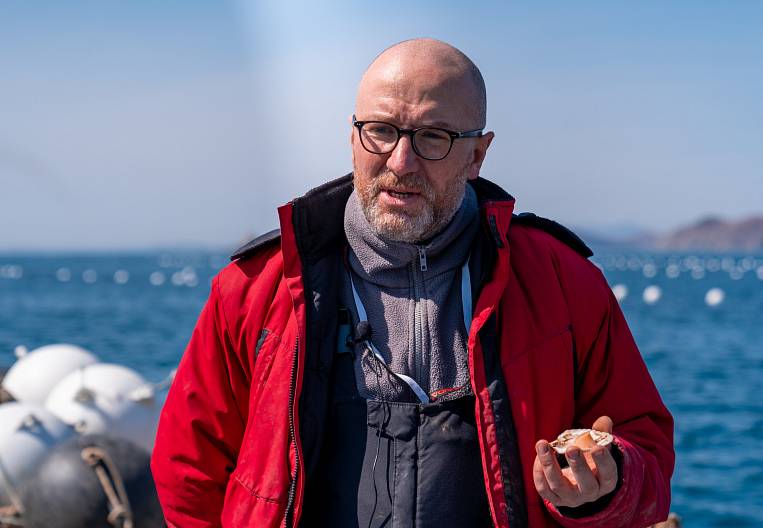 Writing out geographic zigzags is a family thing for the Grebennikovs. The family of Vasily's grandmother, fleeing the First World War, moved from Belarus to Siberia. His father went from there to study in St. Petersburg. Then the military service brought him first to the Primorsky Territory, then to Germany and, finally, to the homeland of his ancestors - Belarus, where in 1979 the hero of our story was born. A first-generation Minsk resident, Vasily graduated from the Belarusian National Technical University here in 2001 and left with a diploma of a civil engineer ... to England. 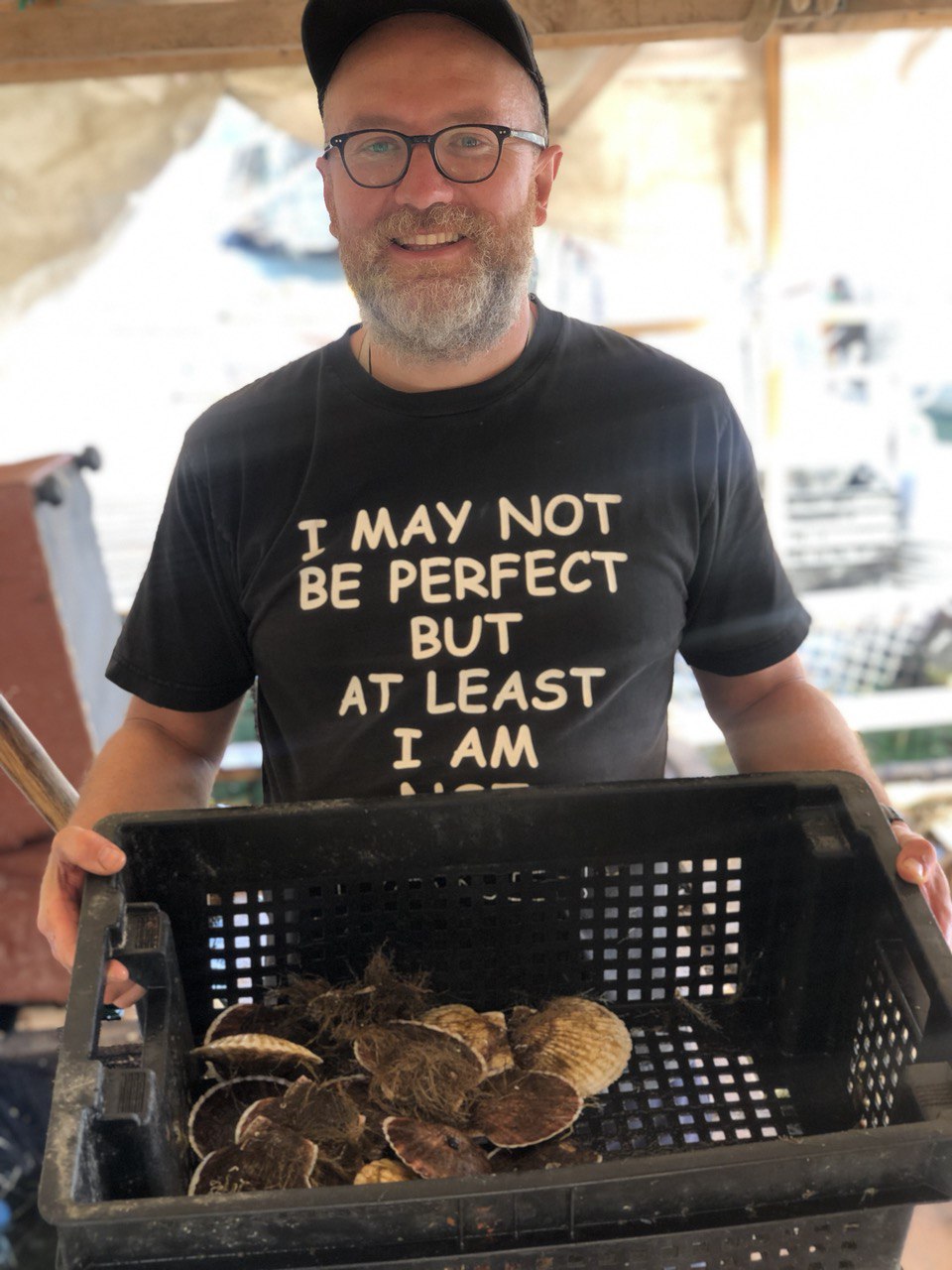 However, London was able to keep the inquisitive young man for a short time - he soon breathed the air of Sweden, simultaneously acquiring a master's degree in Real Estate Finance at the Royal Institute of Technology, so that in 2004 he could plunge into the center of gravity of events - Moscow. “Because everything was fine in Stockholm, everything was clear in London and I didn't want to go there,” explains Vasily, “I came to Moscow to see what was happening there and… lived there for 12 years.”

Investment consulting, commercial real estate development in the team of the largest international insurance and financial corporation, an oil and gas project in eastern Siberia, then an offer came from the Far East Development Fund. “At first, from time to time, I was involved in consulting - to assess risks, develop an action plan. Then the load increased, we formalized relations, and at first I worked in Moscow since 2015, but for myself I decided to develop the Far East not from Moscow, but to work directly on the territory, - says Vasily, - so in 2016 we moved to Vladivostok. At the end of 2018, I completed this mission, and in 2019 I took up a scallop mariculture farm and landed in the village of Vityaz, Primorsky Territory. " 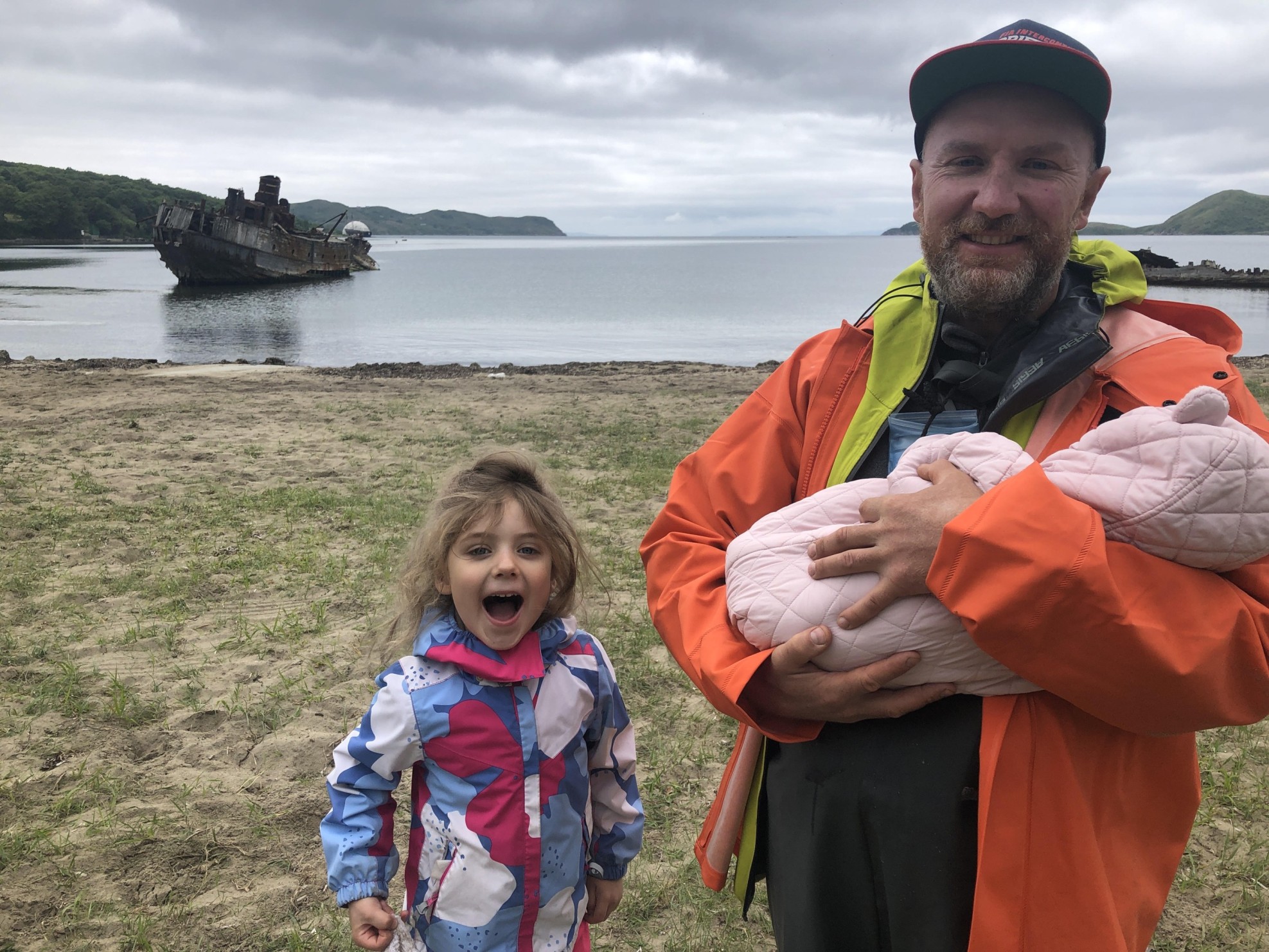 Together with Vasily, his family is a wife and two daughters. The eldest is a Muscovite, the youngest is already a native of Primorye.


Why mariculture? “In Primorye, there are ideal conditions for it and the largest sales markets are China, South Korea, and Japan nearby,” says Vasily, “although it is very difficult to raise this business. Yes, I am a resident of the Free Port of Vladivostok and this makes a lot easier, but insurance companies do not understand this business, therefore they do not insure risks, and when insurance companies do not insure risks, banks do not lend to such a business. We have to develop only on our own funds. " In addition, there is no scientific support and educational base. The budding mariferous grower believed that the Pacific Research Fisheries Center could come and there they would draw up a project according to which the hired contractors would build everything, and then it would be necessary to connect a company that would be engaged in the operation of the infrastructure, read - scallop breeding. 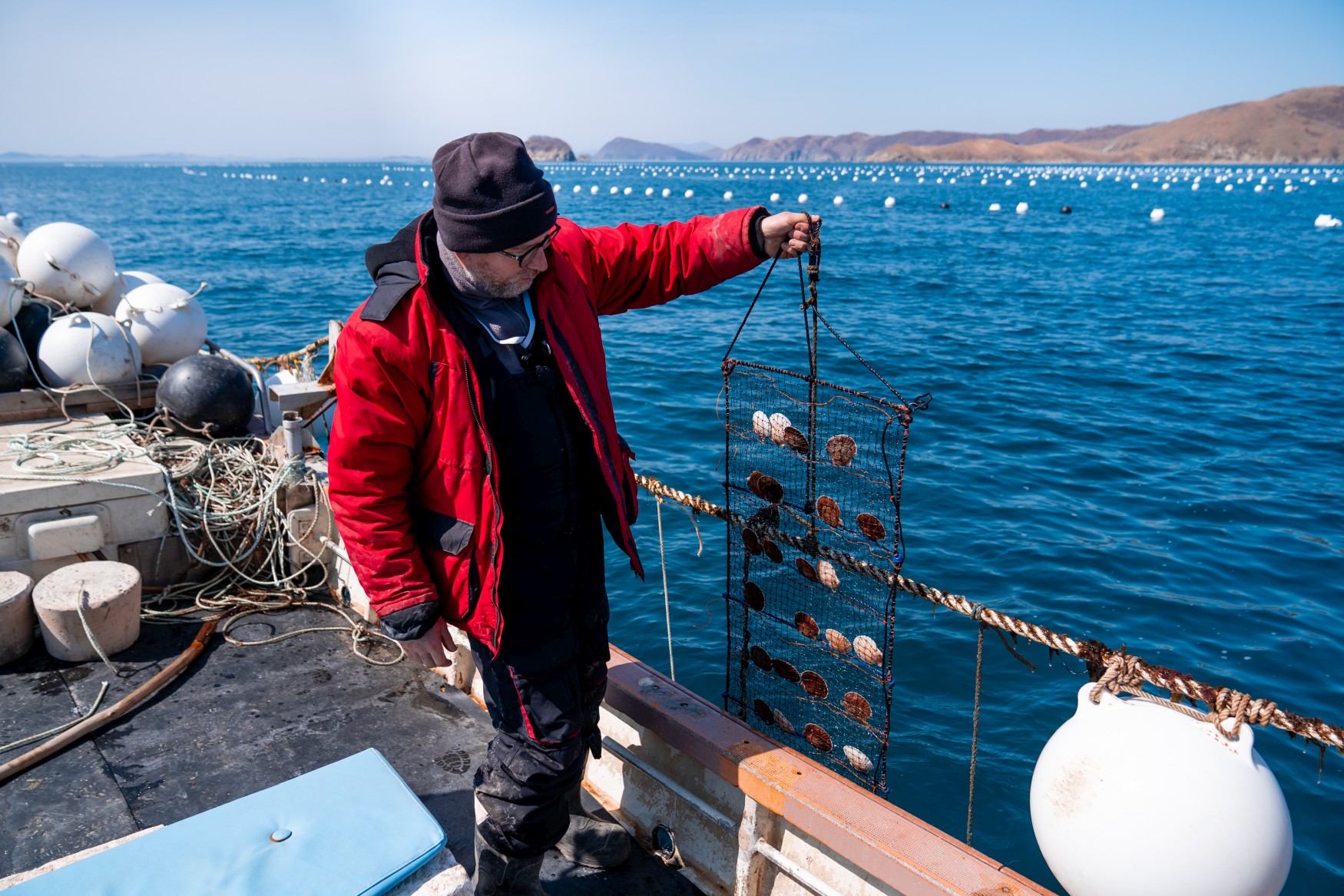 “I thought I was going to organize everything and would do finance, sales, strategy and stuff like that. What I did in the real estate market in Moscow: you find a land plot, you hire designers, contractors, you attract financing - and that's it! The project is being implemented! But here in Primorye - no. You have to do everything yourself, do it with your hands. " And then typhoon Maysak in September 2020 literally scattered everything and everyone, and out of the expected harvest of about 90 tons of scallop for this year, only 10 are left. But there is nowhere to retreat, Moscow is far away. And although it was not possible to produce the desired volume of commercial scallop, Vasily's farm became the largest producer of seedlings - scallop juveniles, which were sold to other farms that are engaged in mariculture. 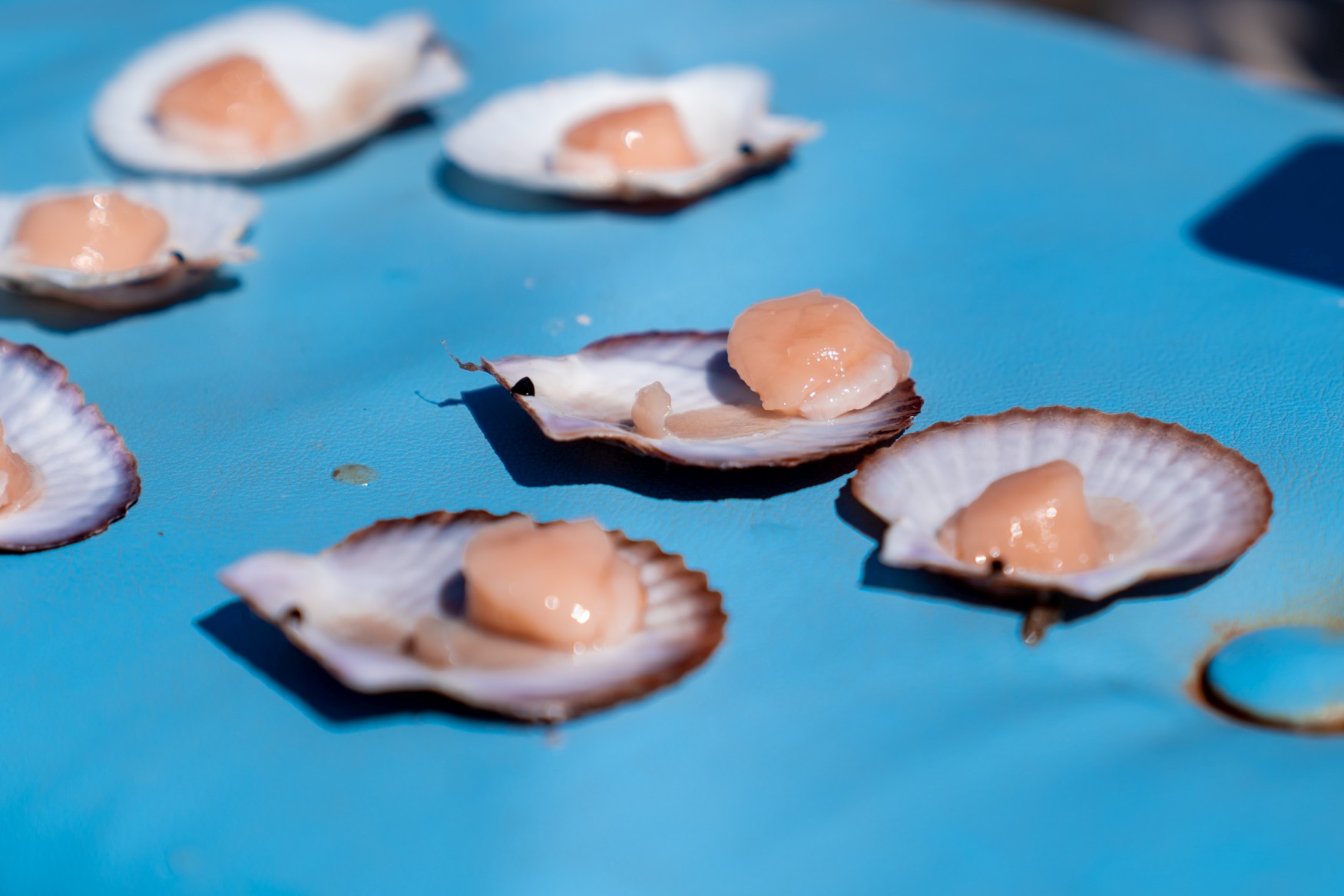 “I think I could, of course, raise a farm and organize business in other parts of the world, with a more developed infrastructure, qualified personnel, scientific support, a developed financial infrastructure, but ... it's good where we are! It so happened that I was looking for a place where you can live by the sea with stable winds. Kitesurfing is one part of my life, and Vladivostok is the best city to go kiteboarding - it has the best wind statistics in the world. I don’t have one factor "Why the Far East", and it doesn’t happen that one factor decides everything. They all came together, because since childhood I had not dreamed that I would make a scallop farm in the village of Vityaz, Khasansky District, but fate brought me here. Or maybe the surname is Grebennikov. There is both a comb for you and a crest of a wave. And the Far East is such a place - take it and do it! " 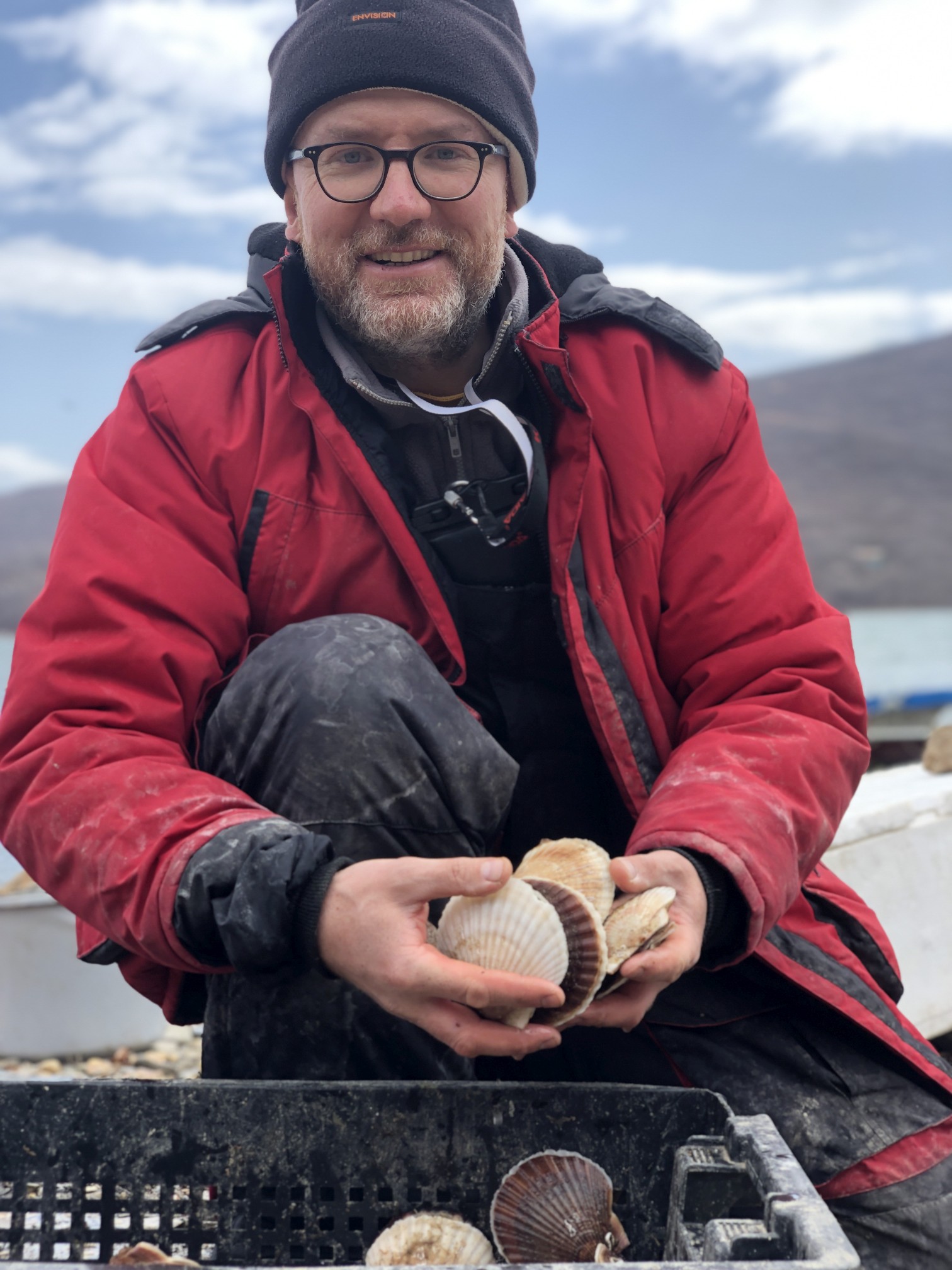