Ministry of Energy took up BAM 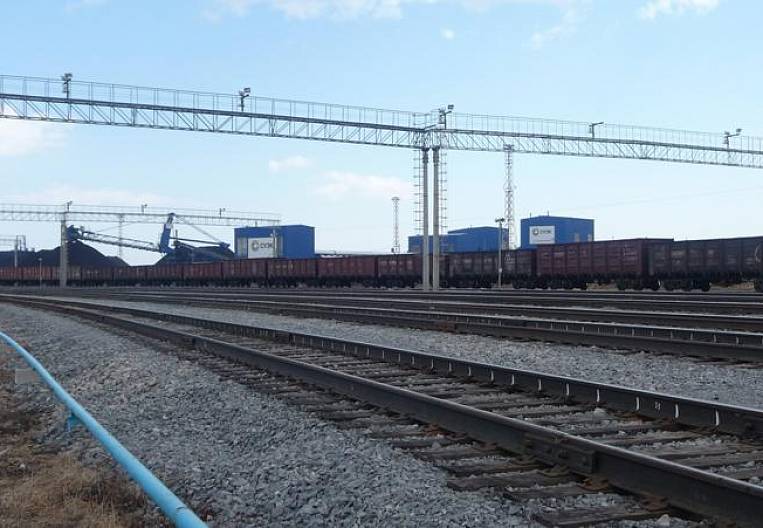 The Ministry of Energy proposes to double the carrying capacity of the Volochaevka-Komsomolsk-on-Amur-Vanino section of the Far Eastern Highway. The ministry believes that the parameters of the programs for the development of railway, energy and port infrastructure in the Far East should be synchronized.

The head of the Ministry of Energy of the Russian Federation Alexander Novak, speaking at a recent meeting in Blagoveshchensk, chaired by President Vladimir Putin, said that in accordance with the energy strategy in the country it is planned to shift the center of coal mining to the regions of the Far East, where the balance reserves are about 20 billion tons. "And today we have already increased production volumes in this region by almost 30% over the past five years - up to 42 million tons. By 2035, it is planned to double more, to almost 80 million tons, ”the minister said. Among the most important is the project of the Elga coal mining complex in Yakutia by Mechel. Over time, the total capacity of the mine should be 27 million tons annually. In addition, the Kolmar company is building the Inaglinsky coal complex with a capacity of up to 10 million tons in the republic. The Urgalskoye deposit in the Khabarovsk Territory will eventually reach the same volume - the project is being implemented by SUEK.

The creation of new coal mining centers in the east of the country will bring the production of coal products closer to the regions of their consumption and strengthen Russia's position in the markets of the countries of the Asia-Pacific region. Taking into account the fact that it is the markets of the Asia-Pacific countries that provide the main demand for exported coal, the key factor for all major Russian coal mining regions is the development of port facilities on the Pacific coast. Many large exporters of the coal industry are now setting up their own terminals or acquiring stakes in seaports. But an important factor is the development and available rail infrastructure for transporting products. Despite the ongoing modernization of Transsib and BAM, new projects of transshipment facilities, including those in Vanino, may not be provided with sufficient infrastructure.

"It is important to start today the next stage - increasing the capacity of the Volochaevka-Komsomolsk-on-Amur-Vanino section to expand these capacities to about 80 million tons (today this is about 40 million tons, taking into account the program implemented by RZD). This will correspond to the combined capacity of the announced coal port projects. And, of course, it is necessary to synchronize the development of the throughput capacity of the Trans-Siberian Railway with the planned projects for the development of port facilities in Primorsky Krai, "Alexander Novak said.

The minister asked to give appropriate instructions to the interested ministries to prepare proposals for the second stage of the development of the railway infrastructure in the east of the country during the period from 2021 to 2025.

According to the target parameters of the first stage of the modernization program for BAM and Transsib, in 2020, the infrastructure in the direction of the Vanino hub will be ready to provide annual shipments at the level of 37,1 mln. Tons. by the year 2025 can reach 83-86 million tons annually, and in 2030-m to exceed 100 million tons. The lion's share of traffic will still be coal. In the coming years, the port of Sakhatrans should be built near Vanino. Such companies as “Siberian anthracite”, “SDS-coal”, “Sibuglemet” are ready to export their products through the new terminal, but the main volume of cargo turnover will be formed by shipments of the Kolmar UK, which is developing the Denisovsky mining and processing complexes in Yakutia. Inaglinsky. According to the results of 2017, the company plans to ship about 5 million tons of coal (while transportation is carried out through other terminals in the Far East), and in 2020-m - about 15 million tons.

It is worth saying that the creation of transshipment capacities in the area of ​​Cape Maria in Sovgavani is planned. Among the potential residents are Sovietsko-Gavansky Commercial Sea Port LLC, Novaya Sovetskaya Gavan Sea Port LLC, Remstal LLC, Terminal Black LLC. The total shipments to their address by rail can exceed 2025 million tons by the year of 22.

They are going to increase the transshipment and the existing terminals, in particular, JSC Daltransugol (part of SUEK). After the development of additional coal port infrastructure in 2016, the transshipment volume there was increased from 12 to 24 million tons. And today the complex is ready to work with growth - at the level of 30 million tons annually. Up to 15 million tons in 2020-2025, the company plans to increase the Vanino Sea Trade Port transshipment, but the stevedore does not only bet on coal, but also on alumina, bulk, timber, metals, containers.

At one time, the stages of development of a single-track Volochaevka-Komsomolsk-Vanino line were developed. Specialists of the Institute "Dalgiprotrans" have formed an investment application for further modernization of this site. Among the measures - the construction of the second tracks, as well as electrification. On this for a number of calculations will require 252,5 billion rubles. Due to further modernization, the carrying capacity of the line will be 103 million tons.

Another capital-intensive project is associated with the development of the Ussuriisk-Nakhodka (Nakhodka-Vostochnaya) direction in Primorsky Krai, where coal transport is also growing. It implies the laying of bypass sections between the stations Shkotovo and Lozovy, as well as the reinforcement of the Khmylovsky-Nakhodka-Vostochny distillery. The preliminary volume of investments is not less than 50 billion rubles. As a result, the ports of Nakhodka and Vostochny will annually receive from the railway 162 million tons.

Transportation of export coal is also developing through land checkpoints. This can be seen from the loading of the single-track Khasan-Baranovsky line (Ussuriisk), which transfers cargo to China (through the border crossing Mahalino-Hunchun) and the DPRK (the Khasan-Tumangan crossing). The port of Posiet also adjoins this section. According to the proposal, on the Khasan-Baranovsky line, it is necessary to reconstruct the stations, introduce auto-blocking devices and conduct electrification in order to increase the carrying capacity by almost three times - up to 37 million tons. The costs of this project are estimated at more than 30 billion rubles.

The final decision on the further development of approaches to ports and border crossings should be taken at the level of the government of the Russian Federation. According to the direction of the Far East Railroad, technical applications for the development of the Volochaevka-Komsomolsk-on-Amur-Vanino line have been prepared for study at the expert council of the Russian Railways and then included in the second phase of the development program for the Eastern Test Site. The issue of earlier terms for the preparation of design estimates is also being considered, without waiting for the onset of 2020.
Tags: Ministry of Energy Alexander Novak coal transport BAM Transsib Vanino logistics