Between the two programs 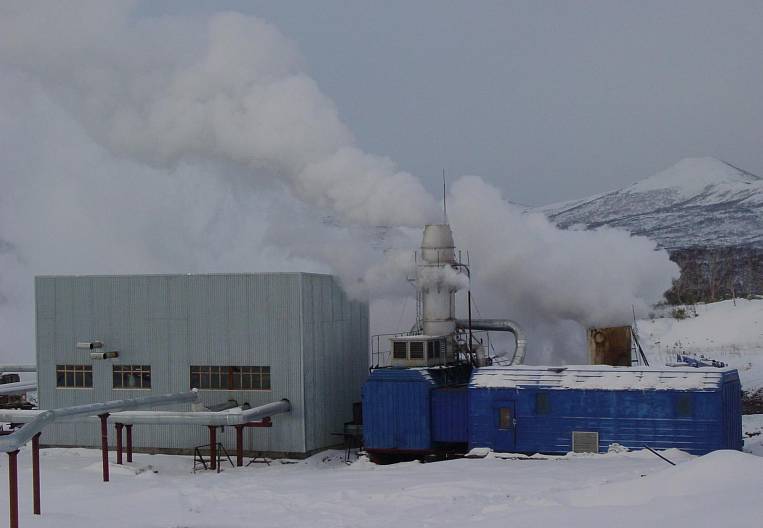 - Sergey Alexandrovich, let's start what's called from the stove. In Russia, there are no examples of a federal targeted program with a billion-dollar budget, aimed at the development of three municipalities, where only about 20 thousand people live. Why is Kurilam such attention?

- Ignorant people sometimes say that these islands are barren rocks in the ocean. In fact, they are of great importance for the entire country. The Kuril Islands chain is the natural border of Russia. Thanks to this, the Sea of ​​Okhotsk, one of the richest areas of the World Ocean in aquatic biological resources, remains the inland sea of ​​the Russian Federation. The islands themselves are rich in minerals.

It should be borne in mind that our neighbor, Japan, makes claims on part of the archipelago. Therefore, the purposeful development of the Kuril Islands, the creation of comfortable conditions there, and the consolidation of the population is a federal task. By these actions, our country confirms that the Kuriles are Russian land.

This understanding did not come immediately. In Soviet times, too little attention was paid to the development of the Kuriles. The perestroika crisis hit the remote territory very painfully, and people began to leave from there in droves. There was a threat that Russia would lose control over the strategically important territory. The answer to it was the launch of the first program for the socio-economic development of the Kuriles. The goal is to ensure the comprehensive development of the economy, infrastructure and social sphere on the islands, and, as a result, create attractive conditions for the economy and life of the population.

- The first Kuril program, adopted back in the 90-ies, in terms of federal budget obligations was funded by only 21%. A few months later expires the second program under the account, launched in 2007 year. What are its preliminary results? How have the islands changed over the years?

- The second Kuril program was launched on January 1, 2007. Initially, it was planned that the total amount of funding will be 17,9 billion rubles. Of these, 77,5% - funds from the federal budget, 7,7% - money from the regional treasury. The rest is from extrabudgetary sources. It included increasing transport accessibility, creating conditions for sustainable economic development, and modernizing social infrastructure.

However, it soon became clear that many objects could not be reconstructed, as envisaged by the program. We must build anew. This concerned the production and distribution of electricity, heat, water, and fuel. The government of the country went to meet us. In November 2010 years of the Kurile in the rank of the president of the country was visited by Dmitry Medvedev. As a result of the trip, he decided to increase funding. As a result, the program budget grew by one third, to 28 billion rubles.

In my opinion, none of the federal targeted programs is funded as clearly and fully as the Kuril one. Last year, the largest amount of funds was allocated for it - 7,1 billion rubles from the budgets of all levels. This gave us the opportunity to complete and commission all the facilities planned for the year. On the Iturup Island, these are the airport, the Kurilsk-Reidovo motorway, and the cargo-passenger complex in Kitovy Bay. Shikotan - hospital and clinic. As well as a wind-diesel power plant on the Kunashir island, fuel and heat supply systems on Paramushir.

We continued to build a number of facilities that are to be commissioned this year: water supply and sanitation systems on Paramushir, Kunashir and Shikotan, sports and cultural facilities on Iturup and Kunashir, housing, kindergartens.

As a result, for the entire duration of the program's operation, an 31 object from 38 planned has already been built. The works on the construction of water supply and sanitation systems on the islands of Kunashir, Shikotan and Paramushir are being completed. In the coming months, it is necessary to finish the reconstruction of the Mendeleevsky geothermal station in the South Kurile region. I think that by the end of this year we will be able to fulfill our work on the program.

We managed to change a lot on the islands. First of all, the transport infrastructure improved. In autumn last year on the island of Iturup earned a modern all-weather airport with the symbolic name Clear. The constant delays of flights are almost a thing of the past because of unfavorable weather conditions. On Kunashir, the reconstruction of the Mendeleevo airport was carried out, they work as a heliport on Paramushir and a helipad on Shikotan.

Until recently, a constant headache was the lack of normal berthing facilities on the islands. Because of this, the so-called roadstead method of loading cargo and passengers was used: the ship approached the island, and since there were no berths with sufficient depths, it remained in the sea, and between it and the island barges and pontoons were scurrying about, which carried cargo and passengers. It is dangerous and very expensive. And on Shikotan a few years ago the motor ship "Igor Farkhutdinov" was moored by a third of the hull to the sunken minesweeper "Ishim". Today, all this is in the past. Powerful modern reinforced concrete berths appeared on the islands of Kunashir and Shikotan. The motor ships "Igor Farkhutdinov" and "Polaris" and other vessels are moored to them. Passengers go directly to the shore. Cargo handling is carried out at no extra cost. Soon the same deep-water berth should appear on Paramushir. We can say that the problem of transport accessibility of the islands has ceased to be acute. Many communal troubles have been forgotten - planned power outages, interruptions in water supply, with fuel.

New kindergartens have been built. On the islands for the first time in history there were asphalted roads. The electricity supply became stable. Now the business can get as much electricity as it needs. This is a huge plus for entrepreneurship.

Active housing is being built. It should be borne in mind that large-scale construction is being carried out in the Kuriles within the framework of regional programs, objects of public health, culture and sports, landscaping are being built.

I believe that we have solved the problem of increasing the comfort of living in the Kuril Islands. Confirmation of this is the improvement in the demographic situation, the steady growth in the birth rate, which has been observed in these three municipalities in recent years.

- What do you intend to include in the third federal bill for the Kuril program, designed for the period up to 2025 year?

- In short, we plan to implement it in four areas. First, within the time allotted by the program, it is necessary to ensure uninterrupted passenger and cargo traffic between the islands and the mainland. The second is to create conditions for the advanced development of the territory, the effective use of natural potential and the promotion of innovations. The third is to provide Kuril residents with affordable and comfortable housing, improve the quality of housing and communal services. The fourth area is investment in the development of human capital and human resources.

We intend to attract private investment in promising industries. For example, in projects for the construction of a network of fish farms and the development of mariculture, an increase in the production of aquatic biological resources and an increase in the depth of their processing. Another important project for the region is the creation of a marine biotechnopark, which will be geographically located both on Sakhalin and the Kuril Islands.

It is necessary to support the development of the mining industry. These are projects for the extraction of gold and silver on the islands of Urup and Kunashir, rhenium on Iturup.

An important place in our plans is the development of tourism. Its base will be the thermal springs on the Kuriles, hunting and fishing, as well as cognitive tourism. This work has already begun with the construction of hotels on the islands. There are also projects in the field of agriculture, in particular, the creation of greenhouse complexes.

"But there's a crisis in the yard." Will you succeed in realizing your plans?

As for the reaction to negative phenomena in the economy, in the project we envisage that in the next two years, funding from the federal budget for the construction of objects that will become municipal or regional property will be reduced to zero. So far, we will build only at the expense of the regional budget. The economic situation in the country will improve - the role of the federal treasury will also increase.

Of course, the crisis has already affected our contractors. Prices for transport services, components and building materials are rising. Therefore, we urge contractors to complete the started facilities as quickly as possible from harm as far as possible. However, while critical moments when we would have to stop the construction of an object, we did not arise. And the risk that such situations may arise in the near future is not yet visible.