On September 15, Khabarovsk hosted the first industry conference of the ferrous scrap metal market participants “PRO Lom 2020”. The main topics of the meeting were topical problems and promising directions for the development of the industry, analysis of the state of the ferrous scrap market at the moment, logistics, foreign experience, as well as changes and features of industry legislation. 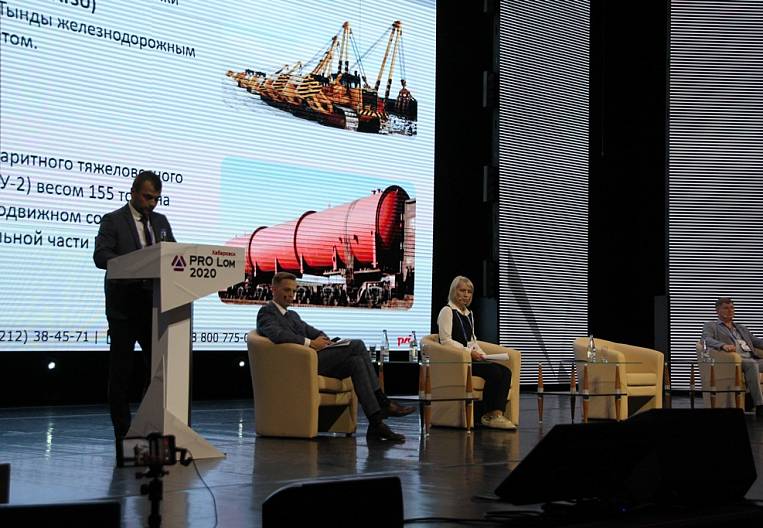 The conference was organized by the Association of Scrap Recyclers "Pro Lom" - a non-profit partnership of Siberian and Far Eastern scrap collectors. The event was supported by the Amurstal metallurgical plant and AmurStalChermet LLC.

140 participants, representing enterprises from nine regions, from Yakutia to Kamchatka, gathered in Khabarovsk. Teleconferences were organized with Moscow and St. Petersburg. Restrictions related to the pandemic prevented manufacturers of specialized equipment from China and scrap collectors from Kazakhstan from arriving.

“The reviving Amurstal plant is located in the Khabarovsk Territory - the largest metallurgical enterprise in the Far East. That is why it was decided to gather in the capital of the region, - the chairman of the board of the Association "Pro Lom" Denis Kraev greeted the conference participants. - Our main goal is to establish a unified conceptual framework among market participants - scrap collectors, operators, scrap consumers, carriers, and government officials. Moreover, we must turn the business, which today is associated with crime and cash-in, into a business focused on ecology and production. Since 2012, scrap has officially become a strategic raw material for our country and it is important in these difficult times, when scrap collection has fallen due to restrictions on movement, they will unite, talk, argue, in the end, but ultimately solve common pressing problems of the industry. "

Indeed, the ferrous metals market was no exception and was included in the list of industries affected by the pandemic. For two consecutive years, high scrap prices have increased scrap collection across the country. In 2018, the total figure was 25 million tons, and in 2019 - about 23 million tons. This year, scrap collection is projected at 19 million tons, that is, a decrease in comparison with last year will be almost 20%.

“This is due to the fact that in almost all regions of the country, enterprises were closed due to the pandemic and other existing restrictions that affected the sale of finished products of metallurgists,” Dmitry Spiridonov, Deputy General Director for Commerce of AmurStalChermet LLC, explains the situation. “But if we take the factories' consumption base, the forecast of the dollar exchange rate and the price of finished products as a basis, then we can assume that scrap collection in 2021 across the country will gradually recover and reach the level of 21 million tons.”

In the Far East this year scrap collection is expected to drop by 400 thousand tons. Scrap collectors believe that this year the figure will not rise above 1,7 million tons, which will be the lowest figure for the past six years.

Meanwhile, the Amurstal metallurgical plant is preparing to smelt one million tons of steel next year. This will be achieved by a new development strategy of the enterprise. The changes have already affected investment policy, technology, service, security.

Vladimir Losev, First Deputy General Director - Executive Director of Amurstal LLC, stressed that the plant had achieved stable performance after a number of negative trends in previous years. In 2019, the competence of the team and the technological capabilities of the enterprise made it possible to bring production indicators to 940 thousand tons of liquid steel. In the first quarter of 2020, the plant did not actually work, but by the middle of the year Amurstal began to return to production positions.

“The company feels quite comfortable: stable production, sales, salary payments, provision of raw materials,” said Vladimir Losev. - About 68 thousand tons were smelted in August. All products have been sold. Therefore, we can assume that the month has been completed successfully. By the end of 2020, we forecast that the production of liquid steel should amount to about 670 thousand tons. "

In the new development strategy of the Amurstal plant, a significant part of the investments is directed to the technical equipment of the enterprise. Today, the selection of suppliers of equipment for the extraction of iron from slags is underway. For these purposes, about 306 million rubles will be spent. The improved technological process will allow returning additional scrap volume to production.

Also, the plant is heading for the involvement in the production of iron waste. With certain technologies, they can be used as an analogue of metallurgical raw materials for a steel-making furnace. Experts also analyze the possible volumes of such raw materials and select equipment. Investments here are estimated at 500-550 million rubles. The technology should be operational within two years.

An important step for the development of the enterprise, Vladimir Losev called the creation of production bases for the procurement of scrap metal.

“There is a decision to open our own scrap collection sites,” he said. - We need to understand what is happening at all stages of scrap collection - from individuals to large enterprises. Production bases or hubs will help you do this. Now for this purpose, several regions have been identified: Khabarovsk Territory, Sakhalin Region, part of Yakutia - territories with railway infrastructure.

In addition to production technologies, the plant also revised a serious set of issues related to the requirements for acceptance and quality of scrap.

More stringent requirements will be imposed on scrap metal. This is the shipment of no more than two types of scrap in containers, an automated acceptance system with full video recording, and compliance with the requirements of Russian Railways for the crate of containers. Particular attention is paid to ensuring safety - this is the handling of explosive objects, as well as radiation.

The plant is working on new approaches to the service of its partners. The technology for unloading cars is being revised, the weighing platform is being modernized, which will work in automatic mode with the identification of the supplier. From November 1, a frame will appear at the enterprise to identify the excess of the radiation background. In addition, an electronic queue will be introduced, the corresponding mobile application has already been developed. In the near future, the plant will regulate the incoming package of documents - the need, sufficiency, and the number of documents for the supply of auto-scraps with clear requirements, references to GOSTs, SanPin and other regulations. The opening of a site outside the perimeter of the enterprise is being considered, which will accept other types of cars, with problems with unloading in the scrap metal processing shop at the moment.

“Everyone earns their own ruble. The conference will just help to hear what the market wants, to turn towards each other, - said Vladimir Losev. “And start the new season with new plans both in terms of volume and quality.”