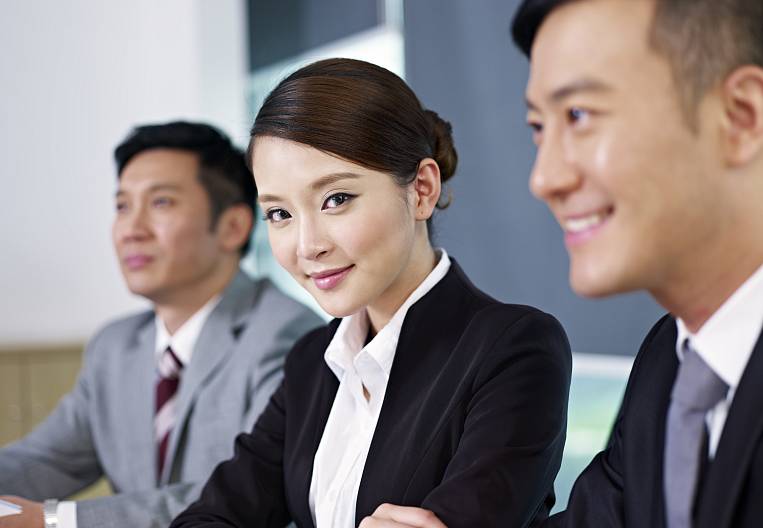 While the best minds of the planet are puzzled over how to organize work more efficiently to maximize its efficiency, the superdisciplined Japanese have managed to develop a management structure that allowed the rising sun of the rising sun in just two decades to become the world's second largest GDP.

To understand how the resource-poor islands in the Pacific Ocean, who survived the horrors of Hiroshima, managed to achieve such impressive results, it is necessary to first turn to the peculiarities of the national psychology of the Japanese - after all, it is the mentality characteristic of a particular ethnic group that determines the type of management. Here the dominant is Confucian morality, namely the commandment of belonging to the group. This is a very ancient feature of all Far Eastern societies, stemming from the agrarian character of the East Asian civilization. Japanese collectivism was born when it was impossible to survive alone, and rice fields were cultivated by the community.

Frequent floods, earthquakes and other disasters have instilled in the Japanese the conviction that "the interests of the group come first." Moreover, this imperative turned out to be so strong that in Japanese society, which, it would seem, has long ceased to need such powerful connections between its members, the average individual is still constrained by such a concept as "weight", or "debt of honor" in relation to group and rules of conduct in it. In Japan, loyalty to the group and the fulfillment of a proper social role are the main moral guidelines. A person in the process of his formation passes through many such groups (family, school, university). At a certain stage, the place of work becomes such a rallying point. How important it is for a Japanese to be involved in his company is demonstrated by the following fact: often in everyday speech, saying "uchi" (literally - "home", "family"), a resident of the Land of the Rising Sun will not mean home or household members, namely the place of work.

It is quite natural that with such a serious attitude to the place of employment about frequent changes in the employer and speech can not go. Moreover, a Japanese, as a rule, remains faithful to his company until his retirement. The selection of candidates for vacancies begins in colleges. Here, the recommendations of the company's employees are very important - according to statistics, 45% of entry-level vacancies are filled on the basis of personal surety, when the employee is personally responsible for his "protege". What we would call vulgar nepotism in Japan is based on all the same "weights".

The notorious "debt of honor" instructs the Japanese to carry out overtime unquestioningly, Japanese company employees rarely use extra days off and do not use fully paid leave, fearing to demonstrate a lack of loyalty. The employee clearly realizes that he is an important part of a large whole, he is doing important work and the final result will depend, in part, on him, and in case of failure, the honor of the group will fall. Perhaps that is why the Japanese enterprises of the automobile industry employ 1000 workers on average only 25 days of absenteeism per year (against 343 days in the US).

Another typical “Confucian” trait that found its expression in the Japanese management culture is respect for the elders: when you are promoted, the main role is played by age and experience in the company, personal and professional qualities are secondary. Therefore, the young specialist who works in a Japanese company, most likely, should not hope for a dizzying rise on the career ladder according to the American scenario. Higher status in Japan comes with age, and those workers who believe that their immediate superiors unfairly deprive them of attention, and therefore decide to transfer to another job, are in for a fierce disappointment: citizens who change employers often are discriminated in wages, benefits are cut off pensions, and they have to start from lower than before positions. In a word, those who show insufficient loyalty are treated like second-rate people, because the principle of “keep a low profile” operates in the Confucian group - the team itself can recognize someone else's primacy, but it is considered a bad form to achieve it.

It can not be said, however, that a Japanese worker will always sit on one job all his life - it is believed that this reduces motivation. Therefore, in keiretsu - large financial and industrial conglomerates - every 4-7 years there is a rotation of staff, when an employee gets an opportunity to prove himself in a new field. Thus, an employee can get 5-6 related specialties and become a generalist. In fairness, it should be noted that in small enterprises the situation is the opposite: here young workers under the guidance of a senior master master specific skills, becoming professionals in any narrow sphere.

It would be naive to believe that the employee is wholly confined in the Confucian framework and works on the naked enthusiasm in anticipation of a nonsky increase. A new employee, coming to the service, in fact entrusts his fate to the company: the management cares about the welfare of his subordinates for the long term. In addition to stable wages, employees get insurance, travel expenses on public transport, etc. The “protective” management function often takes on a completely material form: when a crisis sets in, earnings are cut down primarily for management personnel.

On the booze by the whole department

One of the most outstanding finds of the Japanese management structure, which in many respects predetermined the high quality of products and the financial success of companies, is the kanban system, or “just in time”. Its essence is that the workpiece arrives at the next stage of processing strictly at the time when the worker performing this operation is ready to perform it qualitatively. If someone feels that he is unable to cope with his duties or is unable to promptly eliminate the defect, it is allowed to stop the entire production line: there is an underload of capacity in the distribution of working time, which makes it possible to rush to understand the possible causes of malfunctions. Quantity to the detriment of quality is an unthinkable phenomenon for the Japanese, therefore, the marriage rate of these Japanese products was reduced to a minimum. By the way, the distribution system works in the same way - a strictly defined quantity of goods is delivered to stores at a specific time. This allows you to minimize the reserve and, ultimately, save on storage facilities.

There is in the arsenal of Japanese managers and a whole set of means to increase loyalty, which the Russian people may seem at least strange. Most keiretsu provides for the daily execution of all employees of the corporate anthem, as well as the morning exercises and recitation of the slogans hung on the walls dedicated to humility and diligence. In factories, everyone - from the trainee to the president of the company - wears the same uniform without any signs of difference. There are, however, not so formal methods - corporate drinking is one of the most effective ways to strengthen the team spirit. So, to admire the blossom of cherry blossom and to skip a pile of another sake in an organized way, leave entire departments.

Despite the abundance of advantages, the Japanese management style is still not universal. As practice shows, if, say, the French or German model can be introduced in other cultures, the application of the features of the national leadership outside the Land of the Rising Sun leads to mixed results. Strict orders, which the Japanese perceive as a matter of course, representatives of Western cultures, including Russian employees of branches of Japanese companies, regard as encroachment on personal freedom, and Japanese pedantry becomes torture.

In the Moscow offices of Hitachi and Mitsubishi, employees are forced to come to work strictly by the time - due to automatic registration, a delay of at least one minute is counted as a truancy throughout the first half of the day, and the corresponding half-day is deducted from paid leave. There are no excuses for "traffic jams", of course, the automatics does not accept (therefore the Japanese prefer to get to work on public transport, despite the fact that this sometimes means many hours of traveling in a crowded subway every morning). In many companies, built-in tracking systems for PC users every 15-20 minutes make automatic screen shots. Conversations on the mobile phone, even on personal topics are allowed only in the workplace - it is believed that the employee who went to a smoke break will certainly "salt" confidential information to competitors.

In general, the thoughtful, contemplative Japanese system on the Russian land looks alien. One employee of the Russian branch of Itochu Corporation complained that the lion’s share of working time was spent on reporting. Perhaps, such scrupulousness looks wildly, but here, you see, there is something to think about: is it not the ability to stop in time and analyze their actions that allowed the Japanese to achieve such phenomenal economic success?