Trans-Baikal Territory 05:53 An elderly man with COVID-19 died in Transbaikalia
05:42 Employees on the "remote" offset the cost of work
Irkutsk Region 05:24 The number of cases of COVID-10,5 in the Angara region approached 19 thousand
Magadan region 05:13 The fifth patient with coronavirus died in the Magadan region
05:08 Coronavirus vaccine tests completed in Russia

This year in the Far East, cases of brown bears coming out to people and their attacks on people have become more frequent. In some regions this is associated with the poor harvest of wild plants in forests, in others with floods and the movement of animals, and in the third, with a large number of clubfoots. Public activists and zoodefenders are already defending them, as the regional authorities give the green light to the shooting. EastRussia understood if there were so many bears in the Far Eastern Federal District and whether they were so dangerous as to sound the alarm. 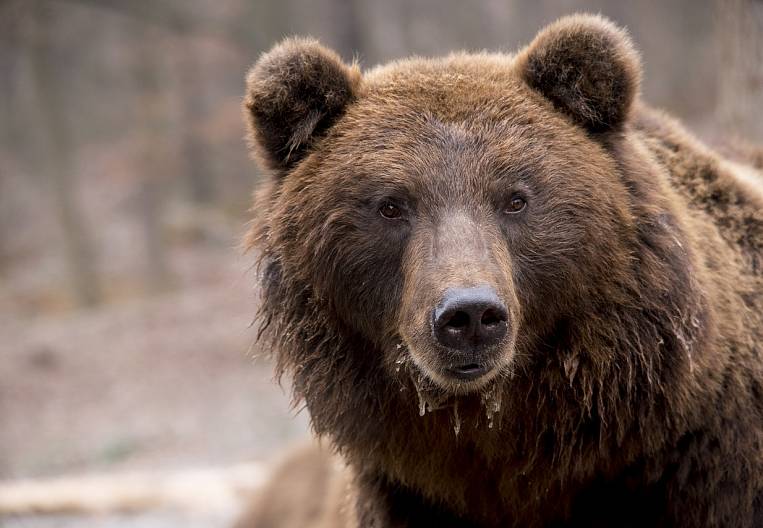 In August, a tragic incident occurred on the shore of the Sea of ​​Okhotsk in the Kamchatka Territory - a man died due to a bear attack. This happened near the village of Ozernovsky, Ust-Bolsheretsky District, which borders the South Kamchatka Nature Reserve, which is managed by the Kronotsky State Nature Reserve.

After this incident, a meeting of the public council on hunting and conservation of hunting resources was gathered at the forestry and wildlife protection agency of the Kamchatka Territory. One of the points of the meeting’s protocol was the proposal to recommend the Kronotsky Reserve to regulate the brown bear population in the South Kamchatka Nature Reserve because of its double number.

The main argument was the order of the Ministry of Natural Resources “On the approval of the standards for the allowable withdrawal of hunting resources and the standards for the number of hunting resources in the hunting grounds. According to him, calculations were performed on the excess of numbers. So, according to the document, only two bears can live on one thousand hectares of hunting land. According to the 2017 year data given on the council, 195 bears live in the reserve of 990 ha, which means that the number is exceeded 2,5 times.

As a result, eight of the 11 gathered voted for the shooting (the protocol is at the disposal of the EastRussia editorial board). At the same time, there were no official complaints with the recommendations for the extermination of bears in the Kronotsky Reserve, but local media reported on the request of the public to shoot 500 bears - half the population of the reserve.

The Kronotsky Reserve officially announced that they did not agree with this position, since the order of the Ministry of Natural Resources on the regulation of the number of animals was incorrectly enforced.

“The shooting of wild animals to regulate their numbers in specially protected natural territories is illegal. Such measures can only be used to combat any animal epidemic after coordination with the Ministry of Natural Resources and Ecology of the Russian Federation and Rosprirodnadzor. The animals have no signs of dangerous diseases, ”the reserve said.

According to the specialists of the reserve, according to aviation records, which are carried out every five years, the population of the population group of bears in the South Kamchatka reserve is stable. As the head of the scientific department of the Kronotsky Reserve Daria Panicheva noted, the number of bears in the South Kamchatka Reserve is consistently high and is regulated naturally, without human intervention. “This is a reference ecosystem. Animals do not associate food with humans and eat natural food - fish, nuts, berries, herbs. As soon as there are more animals than the capacity of the environment allows, the regulation of population density occurs not only through the resettlement of young individuals, but also due to cannibalism and the non-participation of many adult females in reproduction, ”the expert notes.

Scientists believe that the reason for the bears to reach people could be unsystematic landfills at the borders of the village and the reserve.

“We deliberately traveled to the nearest settlements to the reserve to assess the situation with the access of bears to human housing. Near the villages of Ozernovsky and Zaporozhye there is a huge landfill, where all food waste is taken out. Naturally, this place attracts bears, which is the reason for the emergence of conflict situations, ”says Sergey Kolchin, a researcher at the Institute of Water and Environmental Problems, Far Eastern Branch of the Russian Academy of Sciences, a participant in a program to study the behavior of a brown bear in the territories of the South Kamchatka Reserve and the Kronotsky Reserve.

As an example, he cited the village of Ivashka in Koryakia. There, at a local dump, a whole group of bears grew in number more than 50 individuals. According to the scientist, such a problem is typical for the whole of Kamchatka, including for villages located near the borders of the South Kamchatka Federal Reserve.

“The problem should not be sought in the high number of animals, but in our ecological illiteracy and irresponsibility,” the expert notes.

Yuri Kolpak, head of the department of the hunting committee of the Ministry of Natural Resources of the Khabarovsk Territory, agrees with this. In the region, although there was no mass exit of bears to people, however, bears often disturb people.

“Bears always went to the settlements. We are the culprits for this. These are our dumps, dumps around villages. They attract bears. In all countries where bears live, there is such a problem, but everyone solves it differently. For example, they install anti-vandal garbage cans that even a bear cannot break. And here you have, what's going on in the villages, there’s a solid dump all around, and we want the bears not to come to us, ”said the hunting expert.

Some people associate access to people and an attack on them with the flood in the region, but the head of the department of the hunting committee of the regional Ministry of Natural Resources does not agree.

“The flood we have is only on the Amur. According to the credentials of 18 thousand bears in the Khabarovsk Territory, they live on the territory of 76 million hectares. So the bear has a place to go, ”added Yuri Kolpak.

According to the hunter, one of the reasons for the bears' visits could be that they are not much hunted in the region, but he does not offer to shoot them like in Kamchatka.

An abnormal situation with bears this year has developed in the Trans-Baikal Territory. Animals began to go out to villages, killed domestic animals, attacked people. In the regional Ministry of Natural Resources, this behavior of clubfoot is not standard. The department explains this state of affairs by crop failure of pine nuts and berries in the forests.

The region issued an order to regulate the number of bears and allowed to shoot 40 animals. The figure turned out to be small due to the protest rising from the public - almost 75 thousand people signed an online petition for the ban on shooting bears.

“It is necessary to act in a civilized manner: to capture and transport to the forest, organize feeders in the forest, and eliminate landfills in the area adjacent to the settlements of the forest. Killing animals is considered only as an emergency measure, in the regime of self-defense and a real threat, ”its authors note.

In the regional Ministry of Natural Resources, they said that shooting was an extreme measure. At the same time, they noted that hunters in Transbaikalia are allowed to shoot 140 bears per year, but they are not used.

“Killing the beast is an extreme measure. We, as we can, try to drive away the bear, and only, if it does not succeed, we shoot. We are not at war, after all, ”the local media quoted Oleg Nekrasov, the Minister of Natural Resources of the region.

Candidate of Biological Sciences, Associate Professor of the Department of Biology, Chemistry and Methods of their Training, Trans-Baikal State University Oleg Korsun noted that in the event of an animal attack, a person must protect himself, therefore, the decision of the Ministry of Nature to issue permits for shooting is correct.

“In a situation of conflict between humans and animals, people must protect themselves, this is natural. Now we must try to minimize human-animal conflicts. People should be on their guard, maybe for some time it is better to walk less in the woods for tour groups, lumberjacks should be especially vigilant. In case of conflict with humans, the beast must be shot. A bear is a common commercial animal, according to 1,5 documents hundreds of bears can be licensed this year. Some of them are killed illegally, there is poaching, but I don’t think that 150 individuals were shot, ”the scientist noted.

In his opinion, several animals that were shot due to conflicts with humans were either too young or very old - unable to defend their territorial area and hunt on their own. According to the scientist, the position of the authors of the petition is incorrect.

“These are fantasies of people who do not understand anything in nature. What can we take, put the bear to sleep, take it away to the forest and leave it there, let it wake up? From a biological point of view, this is nonsense. He will have time to run to you and put on cuffs before falling asleep. Even if you hide from him and he falls asleep, you will take him back to the taiga, the owner of this site will come, another bear, and just kill the impostor. Then, even in the taiga, the bear will not be able to feed itself. You cannot create a feeding trough for him in the forest. Every day will you bring him a cow or a pig? Such suggestions are meaningless. Feeding bears is not the same as feeding red deer, roe deer or wild boar, which you can sprinkle with plant foods or add salt on the salt marsh and they will be happy. With a bear this will not work. They have huge fodder plots over the area, the bears guard them, do not allow competitors and strangers there, ”Oleg Korsun explained.

In his opinion, there are several reasons for the mass exit of bears to the people in Transbaikalia, most likely, a complex of circumstances, including hunger, played a role.

“If animals go out to people, then they are hungry. This year in Transbaikalia not a very good harvest of berries and nuts. Animals cannot find food that is traditional for them for feeding - gaining the right amount of fat to hibernate, ”said the scientist.

Another reason is forest fires that swept Transbaikalia and neighboring regions. Animals from other territories could migrate to the forests of Transbaikalia, fleeing the fire. But unlike Kamchatka, where the number of bears, according to experts, remains stable, in Transbaikalia the number of clubfoot is different every year.

“The year before last, for example, was very fruitful, probably in the autumn the animals had enough food. Perhaps, due to this, there was a good survival rate for the cubs. The offspring felt good, now young people could grow up, who should leave their mother and look for new places, ”the scientist noted.

He suggested that the newly arrived bears and “youth” were left without their own territory, so they were forced to go out to people where you could find a cattle cemetery or that ill-fated garbage dump.