A dream that has become a matter of honor 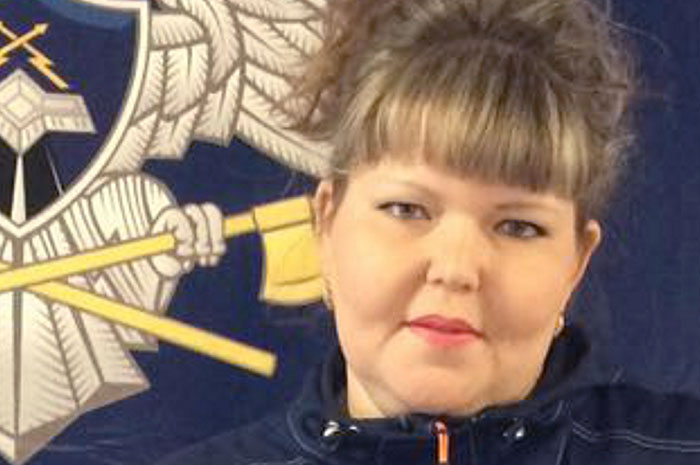 Leading engineer of the production preparation department of the Main Directorate of the Special Construction of Russia in the territory of the Volga Federal District, Ravil Sirazitdinov, has been working at the Vostochny Space Center for a year. In her native Saratov came only once, for three days, and again into battle. This is a personal record.

On the main construction site of the country, Ravil went on her own initiative. At the same time, I clearly understood that the two higher educations "designer of high-voltage lines" and "specialist for the operation of hydraulic installations" in the steppes of the Far East and at the stage of completion of the facility are hardly useful. So, it is necessary to master a new professional role.

- Organized mass business trips from Saratov to Uglegorsk started at the beginning of 2015. With great interest I waited for the return of my colleagues to learn more about the East. And, by the way, opinions were contradictory. I realized: it's better to see once. I was packed with overalls and the most necessary. I traveled for just a month, besides, I thought it was nothing to the headquarters of the construction site.

But the reality has surpassed expectations. The cosmodrome seemed boundless, and resembled a swarm, in which the work was continuously boiling. And the "staff" work in fact turned out to be a constant movement between numerous objects of construction. As part of the operational group, Ravil went into the process of construction and installation work, monitored the quality, counted the amount of work performed for the day, recorded the consumption of materials, understood the reasons for the backlogs and, if necessary, submitted proposals to increase the number of workers or increase the volume of supplies of materials.

- Bit by bit by the evening information was collected in a whole Talmud, which was then thoroughly studied at the meetings of the Operational Headquarters. And even if it was not ours, but the hands of the workers who created the colossal infrastructure of the new cosmodrome, I am sure that without the active participation of engineering and technical workers, the mighty construction site would continue to stall. The efficiency of the construction teams depended on our team. I had to argue, prove my case, justify and achieve results. Through our work, we prevented stagnation in production processes.

From her youth Ravilya Ravilievna was not one of the timid and shy people. And her hobbies were atypical for an ordinary girl. Master of Sports in basketball, she did not gravitate towards lyrics from school and was fond of physics. She liked to understand the nature of physical phenomena and try to subdue them. At the power engineering faculty of the Navoi State Mining Institute, she was the only girl in the stream, she was used to defending her point of view and professional competence in the “non-female” profession. Then she decided to expand her horizons and additionally studied the operation of hydraulic installations. As a design engineer of the UER No. 532 branch of the Privolzhsky Main Directorate of Spetsstroy of Russia, she designed transformer substations and high-voltage lines for military camps, with a whole complex of barracks, hospitals, dispensaries and other related structures. None of the projects actually failed during commissioning. In the production preparation department, Ravil's head office was engaged in the development of technical specifications for designers of strategic missile forces, radar stations, training grounds, inter-site fiber-optic communication lines. But she often made well-grounded adjustments to the finished project, optimizing the work of builders.

- It is very important not to stand still, constantly evolve and improve. The spaceport is a powerful impulse for anyone who has been there. When not one flew as planned, but two months of continuous work away from home, I realized that I would not be able to quit the job I had started. I was entrusted to lead the executive documentation group. I had to fully understand the subtleties of water supply, ventilation, sewage and other engineering systems. Accumulate the supply of sophisticated technological equipment. Participate in meetings of the highest level, which often ended after midnight, and to start work again at dawn. On the East, no one looked at the clock, every day they tried to fulfill the maximum possible. This is where the modern “Stakhanovites” worked. People who came from different parts of Russia were constantly changing, leaving, returning, but the atmosphere of a single living organism, the team of special forces, always remained.

Privolzhsky Glavka was commissioned to finish the installation and test body of the rocket. Seven floors of huge structures and over a hundred plasterboard partitions, thousands of square meters of suspended ceilings, laminate flooring, linoleum and self-leveling floors, kilometers of wallpaper and putters of putty and paint ... Then the Volga builders began to build an apartment building in the town of Tsiolkovsky. And all this in a short time.

- The closer the start, the more the tension grew. That's who charged the builders with enthusiasm, so these are the student brigades, which came to the cosmodrome during the summer work shift. They were all interested, they took up any job. Always in excellent spirits and with humor, the students could rest with profit. They arranged competitions in dexterity and wit, setting an example to the rest.

Specialists of the Main Administration No. 5 together with other enterprises of the Special Construction of Russia fulfilled the basic tasks for the first start from the East, beyond which the entire world followed without exaggeration. And those who worked months away from home and loved ones, who invested in the "construction of the century" not only strength, but also the soul, were waiting for the event with special excitement. Its success is the evaluation of the labor of thousands of people.

- The dream came true, I saw the launch of the carrier rocket, and it was exciting! Its beauty is comparable to the flight of a white swan, soaring into the air. We watched the smoky trail melting in the sky for a long time. We recalled sleepless nights, recalled incidents and successes, and understood that this was our common victory.

A pleasant and unexpected reward for Ravili was the medal "For Labor Valor" from the hands of the director of Spetsstroy of Russia, Alexander Ivanovich Volosov. It would seem enough, it's time to go home. But after the start of life on the East did not stop. At the Ravil Sirazitdinov cosmodrome, it will linger for another six months to complete the work begun. Purposeful engineer of the Volga cupola such a prospect is not scary. Tsiolkovsky has long been the second home. In his spare time, Ravil has time to go in for sports and attends driving courses. Thanks to the assistance of the leaders of the headquarters of the construction site, very soon in the kindergarten of Tsiolkovsky Ravil they will provide a place for a five-year-old son. And a small but very friendly family will be together again.

- The opportunity to visit the largest center of Russian cosmonautics is not issued to everyone, let alone a child. I am sure that a forced business trip will leave a special mark on the heart of my son and will someday be a strong foundation in choosing a worthy profession.