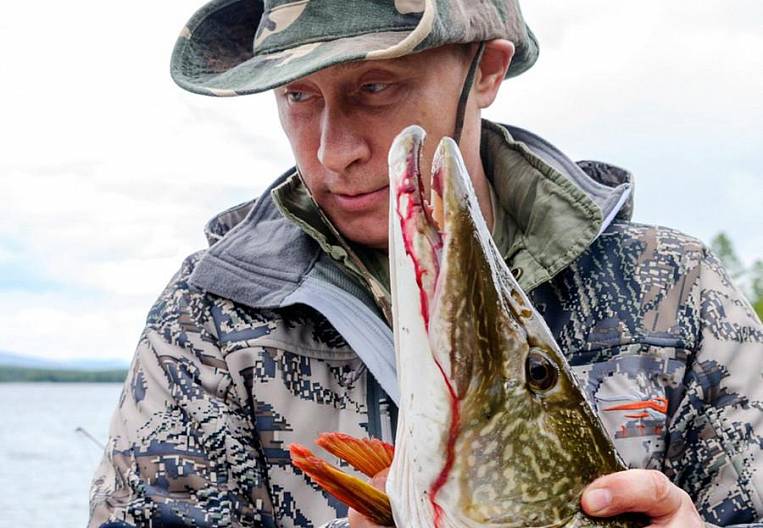 The share of quotas has not yet been renewed for a new 15-year period, the quota system itself has not changed, in particular, industrial and coastal extraction for production in sea waters, about seven thousand contracts with fishing companies have not been changed yet, the provision on the distribution of common permissible catches, have not yet regulated in what order the same total allowable catches intended for investment quotas should be distributed among users, the quota for extraction into internal s waters and quotas for recreational and sport fishing, has not yet earned the investment quota for crabs, and the President instructed to improve access to investment quotas.

I remembered the fervent March of Isaak Dunaevsky:

Do we stand still?
In our daring, we are always right.

Vladimir Putin gave this instruction following the results of a large press conference held in mid-December and remembered primarily by the brilliant performance of Mikhail Zub. Report on the issue the President instructed before 1 March 2018 year.

One should also bear in mind that the need to change legal acts on investment quotas was also discussed at the meeting of the government subcommittee, which was held by 20 December, the vice-premier, presidential envoy to the Far East, Yuri Trutnev. He said that it is planned to switch exclusively to the auction for a decrease if 25% of the investment bank cuts to shore factories, avoidance of unnecessary catch requirements for investment quotes and inclusion of medium tonnage fleet in the list of investment objects for quotas of pollock and herring. To ensure that changes were made to departments, it was entrusted until December 29.

On the instructions of the president, the government reacted instantly. Prime Minister Dmitry Medvedev instructed the Ministry of Agriculture to present possible measures to expand the access of enterprises to receive investment quotas until 15 February.

The rhythm that Vladimir Putin asks the industry, really resembles a march.

And the industry on the march! The past year 2017 has become a record year for the volume of fish produced in a quarter of a century. According to the Fisheries and Communications Monitoring System Center at 31 December 2017, Russian fishing companies have caught almost 4,8 million tons.

When three years ago the state announced that it would take 20% of its quotas for investment purposes from fishermen - almost 600 thousand tons of fish - they began to murmur, but they accepted it and are only now beginning to understand the extent of the changes coming in Russian fisheries. The capitalization of investment quotas in the 15-year perspective is tens of billions of rubles. Who will pass by? In the industry, large business players were drawn, and according to the folk proverb, imprinted in Peter Brueghel's famous engraving, large fish devour little ones.

Some are already afraid of losing control over the implementation of investment obligations and undermining the reserves of the most valuable national resource. Others all the time point to the fact that granting the right to investment quotas should stimulate the technological re-equipment of the industry, Russian shipbuilding, rather than subsidize the developed methods of fishing and processing and formal domestic equipment localization. Still others dream of the glory of Michael Zub at the forthcoming press conferences and meetings of the head of state. The fourth hopes for an emergency congress of fisheries workers, scheduled for 27 February. Let me remind you, by the way, that Vladimir Putin instructed to expand access to investment quotas and report to 1 March 2018, that is, even if to tighten, as they say, until the last day, the day after the congress, and two weeks later, the Minister will take measures from the Ministry of Agriculture to expand the access of enterprises to receive investment quotas.

Not everyone is on the march. Few people manage to walk, as they say, in the leg: someone lags behind, someone ahead of the orchestra runs. However, one and the other, and the third, and the fourth strive to impose their own rhythm on the conductor.

On the eve of the New Year someone, in the literal sense of this indefinite pronoun, suggested to the president to distribute shares of quotas for the crab catch by auction results and not to 15 years, but to 10. Moreover, the indefinite author or authors were in favor of not allocating investment quotas on crabs. Naturally, panic began on the march. Those who extract super profits from the crab business, howled by the beluga, and those who watch the fantastically profitable export of national wealth abroad, like a silent beluga, finally managed to squeeze out of themselves: why, in fact?

In general, there was a commotion on the march. Now the staggering steps need a leveling step, in a compromise rhythm that has so far been indicated in the ratio of 60 to 40 - 60% to auction, 40% according to the historical principle. Of course, those who howl, continue to shiver, however, it seems, have already reconciled that 40 is better than 0.

Be that as it may, the march of enthusiasts continues! Fish catches record, crabs got more than the previous! As if even heard the brave call of the sergeant-major: sing the song!

"During the preparation of normative legal acts," was tightened in the largest industry association, "establishing the procedure and procedures for allocating investment quotas, the VARPE repeatedly pointed to the priorities of investment quotas and the need for mechanisms to monitor their effective and targeted use," continued German Zverev. - I can not say that all our proposals were taken into account at the stage of preparation of resolutions. Many important proposals of the WWARP are introduced into government decrees after the resolutions are approved. "

"This is a moaning song we call," - one could think from the side, but would be the foreman, would give the command: "Resign!"

Although the uncertainty, the restrictions that contain the already adopted legal acts, for example, regulating investors' access to investment quotas, clearly need to be improved. The concern of the WWARP about such restrictions is shared by many companies of fish processors, including even such a prosperous group as Dobroflot.

On the march, the process of considering fish processing projects has already begun. Enterprises are interested, companies are ready to invest in the development of the industry, but the issue of finalizing investment mechanisms remains open, and administrative barriers can significantly complicate the work of onshore fish processing plants.

The manager of the group "Dobroflot" Alexander Efremov reported in very impressive rhythm that the company applied to Rosrybolovstvo to participate in the investment project of type "M" for the construction of a large fish processing enterprise in the Rybovets collective farm "New World" with an investment of more than 2,5 billion rubles and the creation of about 1500 new jobs. However, he has no confidence that in May they will become applicants for investment quotas.

It should be borne in mind, however, that Dobroflot has the largest fish processing plant, a high-tech fishing fleet, modern coastal infrastructure, efficient logistics. They have serious plans to increase processing capacity, but at the same time there are their own difficulties and can not do without state support.

And, most importantly, within the framework of the application campaign, Dobroflot provided financial security for the fulfillment of the declared investment obligations in the form of a bank guarantee for the amount of 900 million rubles, which will be paid to the state budget if something goes wrong. That is, mistakes and shortcomings of officials in the execution of instructions of the Russian president can in the end be corrected by the efforts of the WREPEA as a whole or by their individual members in particular, but business has to pay for these errors in the literal sense of the word.

Anyway, a march of enthusiasts continues! How is it there:

Do you bend over to the machine,
In the rock, you get it, -
The dream is winged, the dream is beautiful,
Always calling you forward.
Tags: catches fishermen crab quotas for keel Extraction regulation