Maria Avilova: we work under the motto "Actions are more important than words"

Maria Avilova, First Deputy Prime Minister of the Khabarovsk Territory, is confident that the investment forum is one of the most effective mechanisms for developing new projects, actively exchanging successful practices, and conducting a lively dialogue between the government, business and the public. For conclusion
preliminary agreements - and reaching real results. 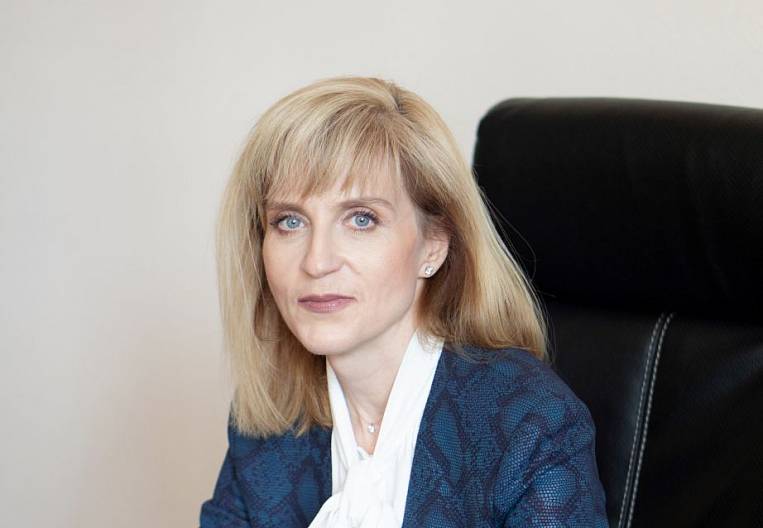 - In a recent interview with the Khabarovsk TV channel, commenting on the results of the St. Petersburg International Economic Forum, you called the agreements concluded there as contributing to a "breakthrough in the development" of the region. What results does the regional government expect from the investment forum in Khabarovsk?

- In recent years, such a landmark event has been held in the region for the first time. The organizers of the forum are the Government of the Khabarovsk Territory and the Agency for Attraction of Investments and Development of Innovations.

The main goals of the Forum are to activate entrepreneurship and business in the implementation of promising investment projects, attract new investors, develop proposals for creating a favorable investment climate and maintaining the growth of income and employment of the population in the Far East region.

Of course, the main goal of the Forum is to increase the interest of potential investors in the implementation of investment projects in the territory of the region, as well as, no less important, to establish cooperative ties between representatives of the business community of the Far Eastern District.

- Each region has its own approaches to determining the significance of investment projects. In the Khabarovsk Territory there is a mechanism for assigning the status of priority projects, but recently "flagship" projects have appeared, striking in their multidirectional nature. What gives their initiators such a status?

- Investment nThere are many projects, and the "flagship" projects, which are under the personal control of the Acting Governor of the Territory Mikhail Degtyarev, are only 7. XI would like to remind you that "flagship" projects, unlike priority investment projects, are not enshrined in investment legislation. The allocation of investment projects to the flagship group is explained by their complexity, large coverage of participants, the need to simultaneously coordinate work on the project of different sectoral ministries and departments: federal, regional and municipal levels.

The mechanism of "flagship" projects is based on the application of the principles of project management, in which specialists from different areas of responsibility unite to solve a large-scale task.

For the purpose of a unified technology for coordinating flagship projects, by the order of the Acting Governor of the region (dated December 28, 2020 No. 738-r) "Office of flagship projects" was formed. It includes representatives of regional and municipal authorities, the Legislative Duma, the business community and public associations.

At the same time, their own project teams have been created to implement projects. They are the key management mechanism. Project team leaders have a lot of authority. In case of problematic issues, the flagship projects office is connected to their solution. The flagship projects office meets on a monthly basis. At these sessions, problematic implementation issues are considered and possible solutions are worked out. This management format allows you to respond in a timely manner to changes in the project, conduct a comprehensive assessment and determine the best solutions.

The initiators of the projects take part in the meeting of the office, they can influence the decisions made and, of course, such mobility of the regional government plus the direct participation of investors give rise to trust in the authorities, form a favorable investment climate and the reputation of the region.

- What level of investors are expected in the composition of the forum participants, will we see status leaders of the largest enterprises in the Far East, or will the emphasis be placed on small and medium-sized businesses?

- The regional government sent about 300 invitations to participate in the forum, including the Plenipotentiary Representative of the President of the Russian Federation in the Far Eastern Federal District Yuri Trutnev, members of the Government of the Russian Federation, Minister for the Development of the Far East and the Arctic Alexei Chekunkov, senior officials of the subjects of the Far Eastern Federal District, heads of large federal corporations, companies, all-Russian and interregional public associations and business communities, as well as investors and entrepreneurs. Of course, all events will be held subject to restrictive measures.

On the investment portal of the Khabarovsk Territory, from June 01, electronic registration of participants is open (fromregistration link: https://invest.khv.gov.ru/ru/o-regione/efe2021/)... At the meetings of the industry groups of the forum, face-to-face participation and in the format of video conference calls are provided.

Now I will not dwell in detail on the composition of the participants, it is still somewhat premature. I will say that over 250 participants have already registered, including representatives of large trans-regional companies, business associations, small and medium-sized businesses. Mikhail Vladimirovich Degtyarev has repeatedly stressed that the Government of the Khabarovsk Territory is open to all investors who are serious about developing business in our territory.

- What recent examples of successful attraction of state corporations within the framework of PPP to the economy of the Khabarovsk Territory can you recall? Are investment forums an effective tool for anchoring such projects?

- The PPP mechanism is, first of all, a mechanism of partnership between the state and business.

The PPP mechanism is not a "mass story", it is based on a negotiation process between a private party and regional authorities, during which the needs, capabilities of both parties, risks should be taken into account as much as possible, as well as responsibilities and responsibilities should be allocated.

In the Khabarovsk Territory, more than 40 concession agreements in the social sphere, housing and communal services and road construction are being implemented using the PPP mechanism with a total volume of private investments of more than 10 billion rubles.

The largest of them is the project construction "Highway" Bypass of Khabarovsk km 13 - km 42 ". Construction cost - 37 billion rubles. Commissioning of the facility is scheduled for September 2021.

With regard to the effectiveness of investment forums for the development of such projects, then definitely any forums, platforms, business events are a weighty mechanism for promoting regional initiatives within the framework of the development of PPP and investment potential. This is a way to exchange views, successful practices, hear problematic issues, and also reach preliminary agreements on the implementation of certain projects.

- The Khabarovsk Territory traditionally recognizes the possibility of implementing projects of the highest level - this is facilitated by logistics capabilities and cross-border position, resource, industrial and scientific potential. What investment projects in the region, in your opinion, can claim the "world level"? Should a regional investment forum help attract such projects?

We, as the organizers of the forum, pay special attention to the content of each platform, we strive to maximally go into the format of a live discussion. Our goal is for the forum to become a platform for an open dialogue between government and business on the development of the investment climate. This position has already become a kind of “visiting card” of our work with investors. At the initiative of Mikhail Vladimirovich Degtyarev, we restructured our work with investors. A "one window" was created for working with investors - the Agency for Attracting Investments and Development of Innovations of the Khabarovsk Territory, the investment portal of the Territory was modernized. As a result, by the end of 2020, the volume of investments in the territory of the region increased by a quarter.

In the future, we plan to make the forum an annual one, this will help build long-term partnerships with investors and influence the investment attractiveness of the region.

The arrival of large investors in the territory of the region is the most important assessment of our work. Through the implementation of projects, the key motto of the work of the "new" team of Mikhail Vladimirovich Degtyarev - "Deeds are more important than words" is embodied. I will only mention a few of them:

- construction of a mining and processing plant at the Malmyzh deposit ("Russian Copper Company");

- construction of a mining and processing plant at the Chulbatkan gold deposit (Kinross Gold company);

- construction of a livestock complex for 2 thousand heads (GreenAgro company);

- What discussion on the forum do you personally find the most interesting and promising?

- I would like to remind you that the forum will last two days (July 1 and 2) and will be held on the basis of two sites: the City Palace of Culture and the House of Official Receptions of the Regional Government.

On the first day, a plenary session with guests of honor and experts of the federal level is envisaged. The plenary discussion will be modeled by Evelina Zakamskaya, TV presenter of the Russia 24 TV channel, author and host of the socio-political talk show Opinion. On this day, a meeting of five thematic industry groups is planned ("Timber industry and woodworking", "Development of infrastructure of coastal marine areas of the Far Eastern Federal District and preferential regimes", "Tourism-hospitality industry", "Small business: on the border of a pandemic", "Objects of innovative infrastructure - driver of technological development of territories ").

In my opinion, all topics for discussion are very interesting, selected with an understanding of their importance and relevance not only for the region, but in general for the entire Far Eastern region, so it is difficult for me to give preference to any one site.

I am sure that all the proposals and recommendations expressed at the forum sites will contribute to the development of the potential not only of the Khabarovsk Territory, but of the entire Far Eastern Federal District.