Low-rise with a smudge

Residents of the Solnechny Gorod microdistrict in the suburbs of Khabarovsk today at a meeting with representatives of the authorities tried to find out when the centralized drainage of sewage, promised by the developer, will appear in their quarter. By the end of March, the prosecutor's office should sort out the tangled tangle of mutual accusations between the developer, the management company and the local authorities. Is it easy to live in a microdistrict that has not yet been commissioned, EastRussia figured out. 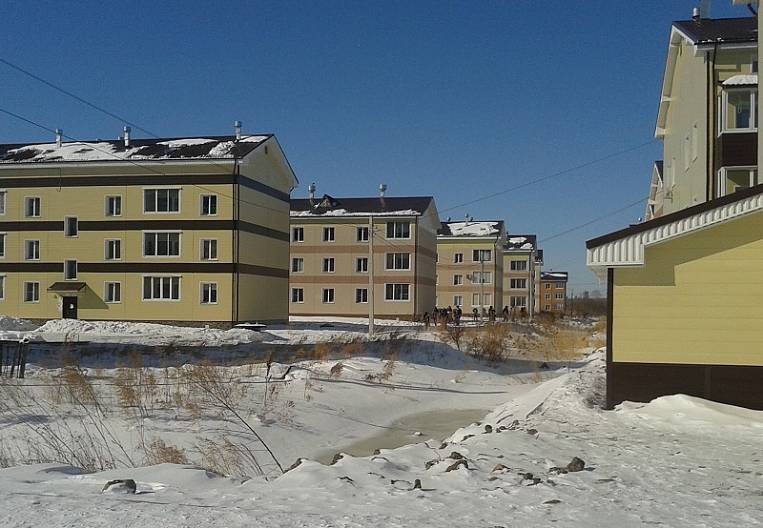 “Everything is getting worse. Cellars flow. Sewerage runs into the basements. Houses fail, rise, if you look at the house №23 - it has already failed a little, at the house №26 all the sheathing has distended. They (representatives of the developer. - EastRussia) did not do anything to improve the town! We have no street lighting, as they do not convey all this to a rural settlement. The playground fails because sewage runs there, private houses - there is horror at all ... The guarantee for homes in May of this year ends, but nothing of the promise has been fulfilled, ”today's meeting of the residents of the“ Sunny City ”complex with the authorities began .

EastRussia Help. The Solnechny Gorod quarter is erected by Solnechnaya Polyana Construction Company LLC, registered in the village of Mirnoye, Khabarovsk District. Company according to Kartoteka.ru, belongs to Solnechnaya Polyana LLC, whose owners are Galina Belogortseva (45,45%) and Business Center 2 LLC (54,54%). The owner of the latter is Aleksey Kolomeets, the co-founder of another well-known developer who worked with low-rise buildings, Construction Company Usadba LLC. IC "Usadba" was declared bankrupt, in October 2015 it was liquidated. According to the information on the developer's website, the "Sunny City" should include 240 thousand square meters. m of development, including 150 houses for 3,5 thousand apartments. According to the project declaration, 33 individual residential buildings should be built in the quarter, 12 houses for 12 apartments, 14 for 18 apartments, 26 for 15 apartments. The developer must also build a 0,4 kV power line, sewerage and water supply networks.

The residential complex has high transport accessibility, is safe, will be surrounded by a park and is “in an ecologically clean place: there are no industrial enterprises nearby, there is always clean air here, and in a few minutes the young forest is a great place for hiking,” the developer’s website says.

But so far the entire microdistrict has not been commissioned, and people already living in it are complaining about poor-quality construction. Last August, a complaint about the lack of a centralized sewage system in Solnechny Gorod was received by the registrar of the All-Russian Popular Front. As the head of the executive committee of the regional department Yuriy Roshka admitted, the public organization appealed to the supervisory authorities and the authorities, but “there are problems, and nothing is moving.” The ONF called officials to the microdistrict, and people went out into the 20-degree frost with the wind with children in their arms to hear answers to their questions.

Claims of residents - to the lack of transport accessibility and improvement in the "Sunny City". In particular, the bus route 105 passes through the town only twice a day: in the morning and in the evening. A management company, outraged residents, does not clean the roads between the houses from the snow, referring to the fact that it is the duties of local authorities. The authorities respond that the neighborhood still has the status of a construction site and has not been transferred to the settlement, which means that the developer must clean it. In such a closed circle, and in fact - in a dead end, there are many aspects of life in the unfinished "Sunny City". But the main problem is sewage leakage, residents say: streams from sewage run over the snow.

The technical consultant of the developer Alexander Feldin explained that he was hired specifically to understand the situation with wastewater. "We began to understand. Supplies of water until September were in the area of ​​150 cubic meters. After - the feed sharply increased to 300 cubes. Involved in addition to the administration of the region, other companies. The whole problem arose because all houses in the volume of 80% have leaks in the basement. And everything that flows outside is not a sewage system, "said the representative of the developer.

He also said that the developer "did not receive a penny" from the management company for tap water and sanitation. "In fact, we solve the problems of the management company at our own expense. We solve problems as far as possible, "he said. Earlier, the developer entered into a contract for the construction of sewerage, made calculations, but "the other party did not fulfill the obligation."

Since 2015, the residential district "Sunny City", despite the fact that it has not yet been handed over officially, serves the Integrated Services Management Company. The company is registered in Mirny, according to Kartoteka.ru, its owner is Igor Tsoi, according to the GIS “Housing and Public Utilities”, the company manages 18 residential buildings in the “Sunny City”. The representative of the Management Company Uliana Artemenko at the meeting stated that the developer receives funds for water and wastewater “every week in full”. “All transfers for resources go through the cash settlement center, they don’t even go to the Criminal Code for water, electricity and drainage, only for garbage and maintenance. We specifically did this to ensure transparency, ”she said. “I think the prosecutor’s office can figure it out,” she added.

Senior Assistant Prosecutor Khabarovsk region Dmitry Kim said that the supervisory authority initiated a pre-investigation check, which "will answer all questions: where the money, who should do what and when. I think that during March the relevant conclusions will be drawn. " The developer violated the obligations for the construction of sewerage systems, a representative of the prosecutor's office admitted. "The claim for compelling the developer to organize a normal centralized water disposal, filed by the prosecutor, is satisfied by the court. But it has not yet entered into legal force. The enforcement proceedings have not yet been instituted. However, the measures are under the control of the prosecutor until full execution, "said Dmitry Kim. According to him, a comprehensive inspection is carried out in connection with the sewage spill, involving Rospotrebnadzor and the Main Control Office of the Khabarovsk Krai Government, and all "promises and obligations of the developer, fixed in the shared construction contracts, will be assessed."

Meanwhile, the supervisory authority understands the lack of sewerage in the "Sunny City", the local authorities are trying to solve another problem - transport accessibility. The deputy head of the Khabarovsk region Oleg Basov explains that in order for the current route No.105 to be able to approach the new district, it was necessary to equip it with a traffic light on the Komsomolsk-on-Amur track and coordinate the route change in the regional transport ministry. "There were promised four flights, why not two more, we will clarify," the official promised.

According to him, another solution to the problem, the organization of a flight across Vyborgskaya Street to Khabarovsk, was not agreed upon by the Khabarovsk Mayor's Office - the route would “supposedly duplicate many other intracity flights”. “We continue to fight, trying to prove our point,” Oleg Basov assured. “The district administration is working on a variant of organizing the intra-municipal route, but we must understand its payback in order to attract a carrier. While we are collecting information to determine the transport scheme, ”he assures.