Maxim Basov: "Without the infrastructure there would be no project" 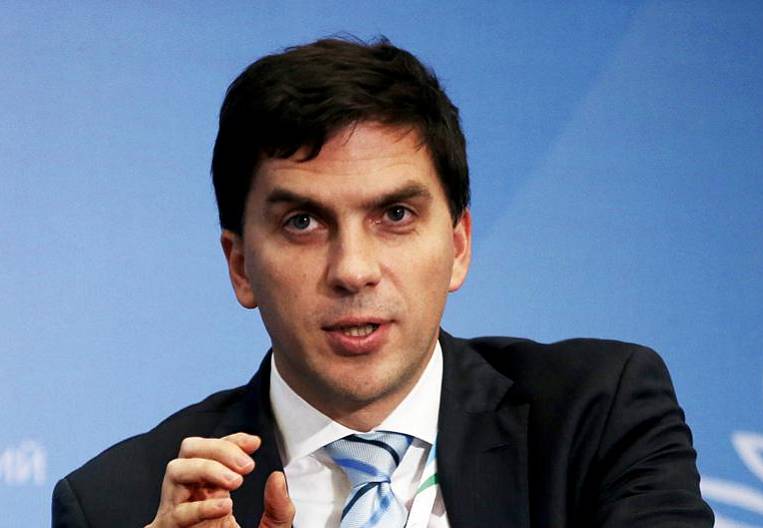 Photo: Tass / VEF Photobank
- Maxim Dmitrievich, "Rusagro" group came to the Far East swiftly, developing three directions at once: livestock, oil extraction and agricultural management in general. How does the business in the region develop, are you satisfied with the dynamics?
- The mood is optimistic. We are not developing as fast as we would like, there is a backlog in the project in the livestock sector. It is connected, first, with the weak development of the construction complex of the Far East, and, secondly, with some delays in building infrastructure for us. Gas for a number of reasons will be brought to us only in the first quarter of 2019, along the roads, the gap is about one year.

Nevertheless, until the last moment, these delays were not critical, because we ourselves lagged behind in the construction of facilities. However, now Rusagro has already completed construction on six sites in Mikhailovsky TOR, and the punctuality of introducing infrastructure, which is being prepared at the expense of budgetary funds, is becoming quite an important point. We know that federal funds were allocated a year and a half ago, today we are working closely with the executors and with the administration of Primorsky Krai. I think that we will solve all these problems together.

- Are there any plans to increase crops?
"It depends on how much land we have and what the price environment will be." Moreover, the bulk of grain production will be consumed by our own livestock business. Only pig production will take up to 130 thousand tons of grain.

It should be noted that the prices that are currently established, make further land purchases unprofitable at current prices for cereals and soybeans. We hope that our harvest will increase due to the preparation of land and training of people. Part of the land went to us in a difficult state: the Chinese worked there, used unknown drugs that caused severe damage to the earth. It will take a couple of years to bring the earth in order, to normalize its productivity.

- It turns out that after the meat production starts, do plant cultivation work for the livestock complex?
- In the coming years, yes. We assume that the grain will be supplied to our feed mill in the Mikhailovsky district, soybeans to our soybean processing plant in Ussuriysk, the cake will partially go into our meat production, and partly - to the market, oil - to the market. Thus, we will have vertically integrated production. Manure, accordingly, will be introduced from pig complexes in the form of fertilizers to fields.

- When will such a configuration? When will the pig complex work?
- We plan to put the animals in the first quarter of next year. And at us the first pork will leave on the market of Primorsky edge already in the end of 2018 year.

- Do these terms depend on the timing of the gas supply?
- For us, the most important thing is the supply of gas to the feed mill. Accordingly, we expect to launch it in the first quarter of 2019. On pig farms, it is likely that the gas will be supplied earlier. But in extreme cases we will start working with liquefied gas. But we will accurately supply the animals, this decision has already been adopted.

- Initially, you said that the first stage will be launched to saturate the agricultural products of the Far East.
- And there is.

- For what time can you satisfy the domestic demand for pork with those needs that are now?
- Quite quickly, for three years. Our share in consumption is expected to be 30-35% in the Far East. At the same time, the production capacity will be at the level of 60-80 thousand tons.

- And what about the development and production of those products that will be exported, will it be the second stage?
- We will proceed to the second stage, when the export markets will open. Otherwise, we will not begin the second stage. At the moment, we can supply only thermally processed meat to Japan. This is mainly sausages and other processing, not the most interesting market for us. These are small volumes. For us, the most interesting market is fresh meat, in China and in Japan. In the first place from these two countries, of course, China, because we have very good logistics to China from Primorye.

- How do you assess when the markets of China and Japan can open for our meat products?
- You know, some European companies for 30-40 years were negotiating to enter the Chinese market. The Brazilians negotiated 40 years before they were allowed. And the Chinese directly say: "When we talk about three years, you must understand that this is nothing." How much time we actually need, I do not know. From the Russian side, all possible resources have been connected, the negotiations are being held at the highest level, we can only wait.

As for Japan, this is also a very closed country. Although some experts believe that Japan will soon open the market for Russia than China. But whenever it happens - the foreign market needs to be taken seriously. Even if the market is open, it is also necessary to invest big money, arrange distribution, hire people. Any market, Russian, Japanese, American, it's not empty, you have to compete, you have to invest money.

- Except for pork, do you consider other directions of production?
- Now we are considering a project for the production of chicken, also within the framework of the TOP. By the end of the year, we will calculate the project and make a decision whether we will do it or not. Another area is dairy farming. Also at the stage of calculations. In general, we have a huge program in the Far East, and a lot of money is being invested. Almost 20 billion rubles will be invested in the meat project. We have already invested 4 billion rubles in agriculture. If we make chicken, then this is another 15 billion rubles, if we launch milk in two clusters, then this is another 30-60 billion rubles. That is, in principle, we have funds, we are ready to invest. The main obstacle is, as I said, the openness of export markets.

- What is the main benefit for the company from the project in the conditions of TOP?
- Today, the creation of infrastructure is of fundamental importance for us. The infrastructure is being built and the money for it is allocated within the framework of the TOP program. If there were no infrastructure, the project would not exist - it would not pay off under any circumstances. And then - for us, saving on a single social tax, which is provided by TOR, and some privileges for customs clearance of imported equipment is quite significant.

- Does the company use other instruments for the development of the Far East?
- Today we work only with TOPs. Since we are a large company and we have our own production and land, we are only interested in TOP and infrastructure. Then we are all ready to do it ourselves. The only thing I can say is that we use the services of the Agency for Human Capital Development in the Far East - they provide very substantial support for the personnel that we are transporting from Central Russia. People receive a subsidy for moving, which does not have to be returned if a person works in the region for a certain time.

- The remaining 10% bring from Central Russia?
- We are sending to Primorye already prepared, proven people who are currently working at our enterprises in other regions of the country. These are key specialists and managers who know the technology and who can apply them.

- In your experience, what should you offer a specialist from the European part of the country to move to the Far East? Money? Career?
- Of course, key specialists, because we are bringing them, receive an increase. Because in order to motivate a person, you usually need to offer him more. But sometimes, if we see the perspective in the employees, then we offer them in the Far East new career opportunities. Then they receive no more than in the European part, but they have a good motivation.

"You said a thousand people." How many jobs will be created in the near future?
- For two years - another 2 thousand people. By the way, we have opened a job fair in electronic form, everyone can see where the vacancies are.

- The company operates in Primorsky Krai. Are you looking at some other regions of the Far East for yourself?
- We are consulting with the leadership of the Khabarovsk Krai for dairy cattle. The government of the region looks interested, effective. We have a constructive dialogue, I think, by the end of the year we will decide on a solution.

- What are the plans for the Eastern Economic Forum?
- In September, at the WEF, we will continue to discuss export issues with Japanese and Chinese partners, both current and with new ones. The whole company management comes.