Love, frozen in the rocks

The stone forest, the ruined medieval castle, the dragon's teeth, the figures of quaint beasts and even frozen in the centuries people - everyone sees in the Lena pillars, but no one can remain indifferent from the miracle of nature seen. This place is sacred for the inhabitants of Yakutia, while they do not hide it from prying eyes, but on the contrary - they are ready to show everyone, but with one condition - a careful attitude. 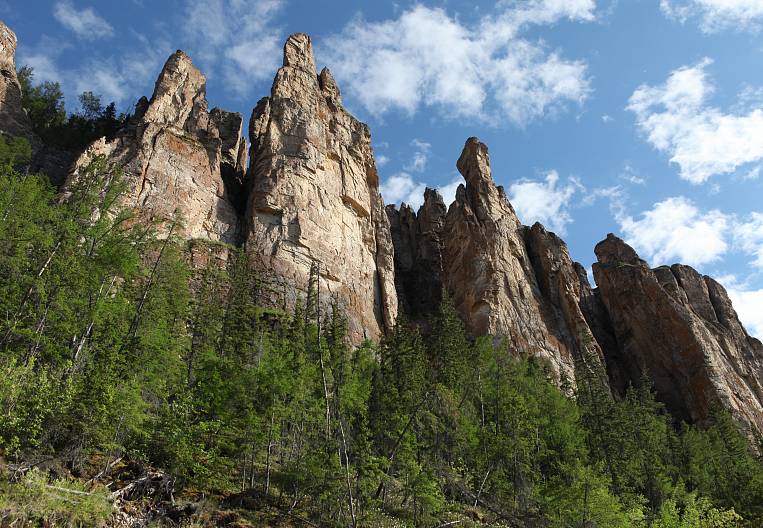 Photo: Victor Fomin
ON THE SEA OF THE SEA, THE MIRACLE

The Lena Pillars are a high stone ridge stretching along the banks of the Lena River almost by 80 km, and leaving further into the taiga. There are columns less than in 200 km from Yakutsk. In 2012, they were included in the UNESCO list. Scientists have found out that in the past on the place of the pillars was a shallow sea, at the bottom of which for millions of years the remains of all kinds of shell organisms accumulated.

Subsequently, the sea turned into land, and due to tectonic processes that occurred during the anthropogenic period, the Siberian platform rose to a height of 200 meters. This led to the emergence of faults, karst processes. As a result, they formed pillars of an unusual shape, which, with the help of wind and water, was given by nature: she carved rocks and created this magical place. 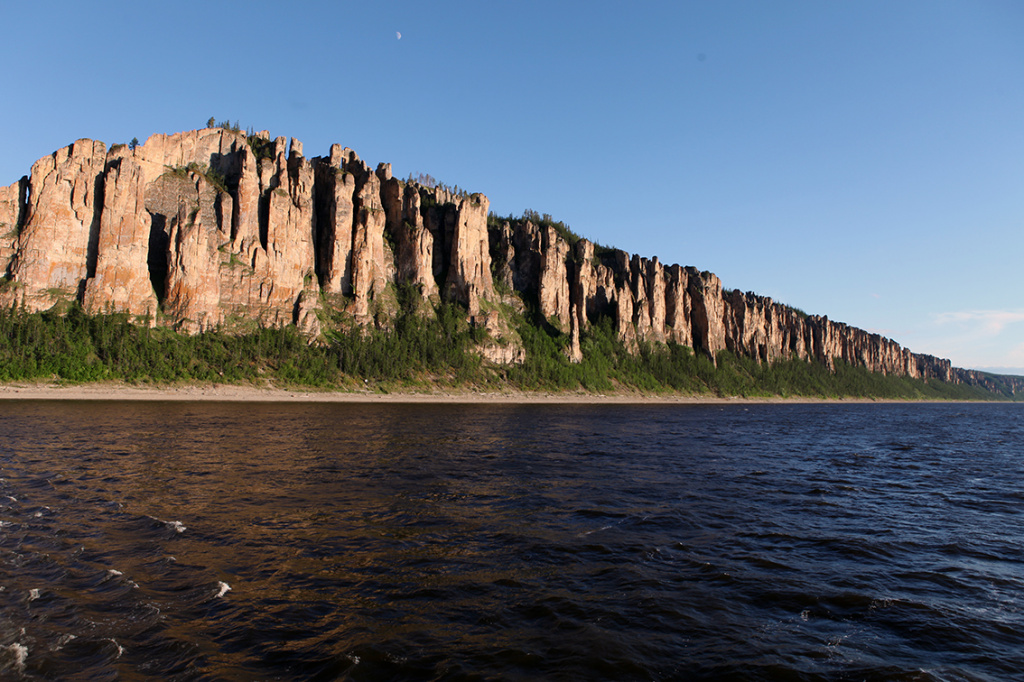 Paleontologists found unique specimens of extinct animals in the area of ​​the Lena Pillars, among them a mammoth and a woolly rhinoceros. Scientists say that the rocks of the Lena Pillars are a real treasure for science. Many findings forced to revise scientific dogmas and entrenched theories. And in the middle of 1980-ies, as a result of archaeological excavations at the mouth of the Deering-Yuryakh stream, a parking of ancient people, their tools, decorations, household items and images of animals and people on rocks was discovered. For the drawings yellow mineral paint was used.

On average, the height of the Lena Pillars is 200 meters, and the highest point reaches 320 meters. Similar rock formations can be seen only in the US and Australia. However, the Far Eastern rocks have their secrets of attraction.

PEOPLE ARE LITTLE, LEGEND MUCH

The people of the Lena Pillars always had a little - the locals believed that only shamans can go there, so they feared the wrath of the gods living in the rocks and avoided visiting the pillars. There are many legends connected with this place. On one of them, when uttering a special spell, the rocks move apart, and a city of indescribable beauty appears, where the ancient gods wait for their time. They must come to people's aid to give them good and teach them to live in harmony with the world around them and themselves. 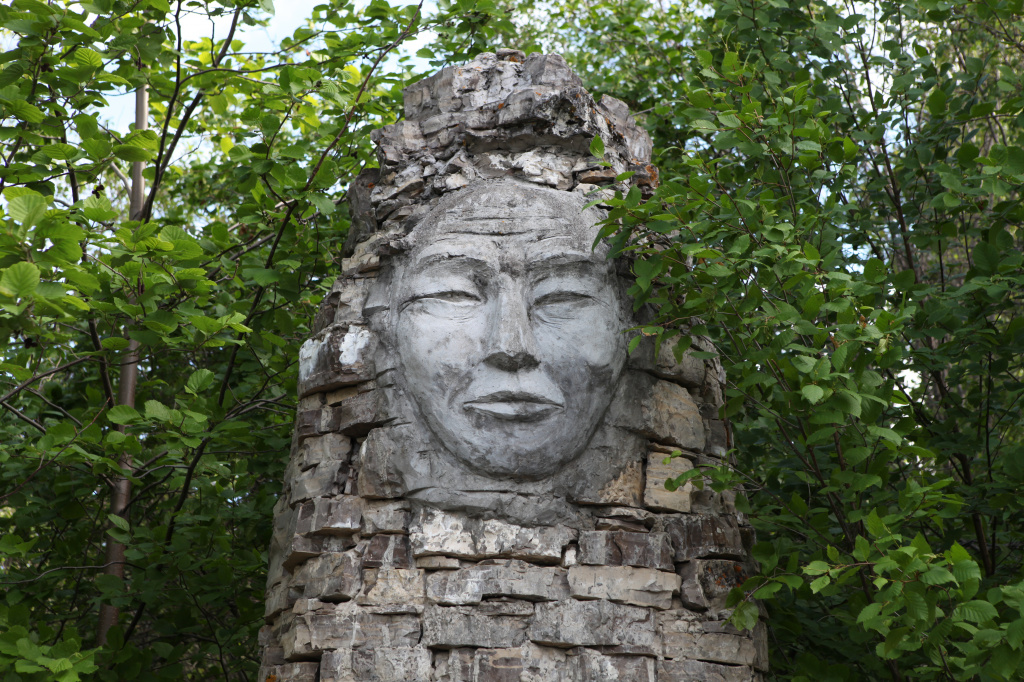 An unusual form of rocks near the parking lot of the ships became the reason for creating another legend. One of the pillars resembles the figure of a beautiful lonely girl, near it there is another pillar, reminiscent of the face of a young man. This rock is very similar to the statues from Easter Island. It seems to many that both of these figures are drawn to each other. That is why another version of the origin of the Lena Pillars appeared.

Legend has it that a long time ago a dragon lived in a place on the Labyya River. Every year he demanded livestock, birds, deer from tribesmen, but once he saw the beautiful daughter of a shaman and wanted to take her as his wife. The girl did not want to give, and the dragon took revenge - burned everything in its path. Then the beauty herself sacrificed herself and went to the castle to the monster. He could not be rescued, until Horsun Wal, who was in love with the beauty, came back from the round-the-world trip. Learning of her imprisonment, the young man summoned the dragon to fight, defeated him, but he managed to get revenge, substituting his magic tail for blow. After that everything around was turned into stone, including lovers, stretching towards each other. The shaman who lost his daughter planted a Shaman tree on this place. Until now, people who come to him leave gifts for him in memory of love, devotion and courage.

Local residents also say that in the vicinity of the Lena Pillars there lives a snowman ten meters high. The Yakuts call him Ulmesh. According to legends, he wears a pointed hat. They say that he can attack hunters, although at times he helps them. To walk in a unique place did not become dangerous, each tourist participates in a special rite.

In the Saha language, Algys means blessing, benevolence, dedication. Before you go to the sacred territory you need to perform a special ceremony that allows you to get this permission from nature, establish a connection with it and tune in to a special rhythm. The action takes place in the figure of the god of rocks. It all starts with smoke, because according to popular beliefs evil spirits do not tolerate smoke. After that they light a fire. Fire is considered the spirit of nature, through it the gods are fed, so a little koumiss is poured into the flame, cakes or pancakes are added to it. 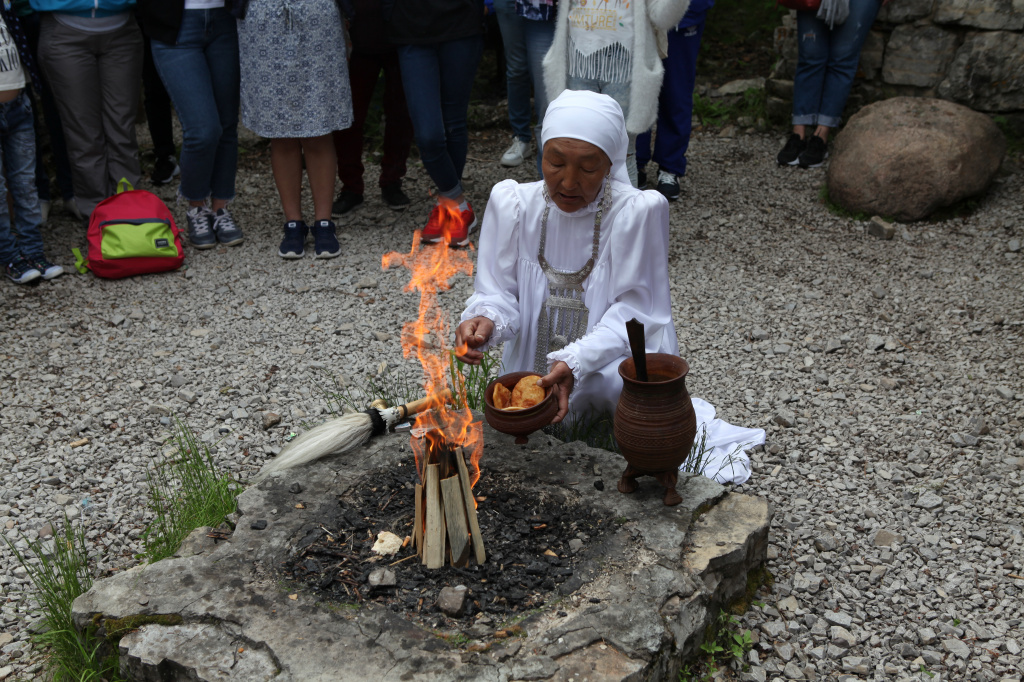 - Carrying Algys is accompanied by charming sounds of khomus, tambourine, chanting, ignition of fire and fragrant healing herbs. It is believed that the space and souls of people at this moment are filled with good energy, a person tunes to a wave of light, good and beauty, cleansed and aims at creation. Before the end of the rite, all present perform a classical ritual dance of round dance Osuokhai. During it, the dancers, taking each other by the hands, alternate from foot to foot and move at a leisurely pace. And at the end of the ceremony, guests leave on the spot multicolored ribbons, which are called Salama, - said the tourism specialist of the natural park "Lena Pillars" Ksenia Tyumentseva.

THE WAY IS NOT FOR ALL

After obtaining permission from the owner of the rocks and local spirits, one can go to the Lena Pillars themselves. You can reach them in two ways: safer and longer will take about half an hour, and a short one - minutes 15, but it is calculated only for trained and physically strong tourists. On the second path, love of extreme is also welcome. In any case, the result is amazing landscapes. You can enjoy them on special viewing platforms. 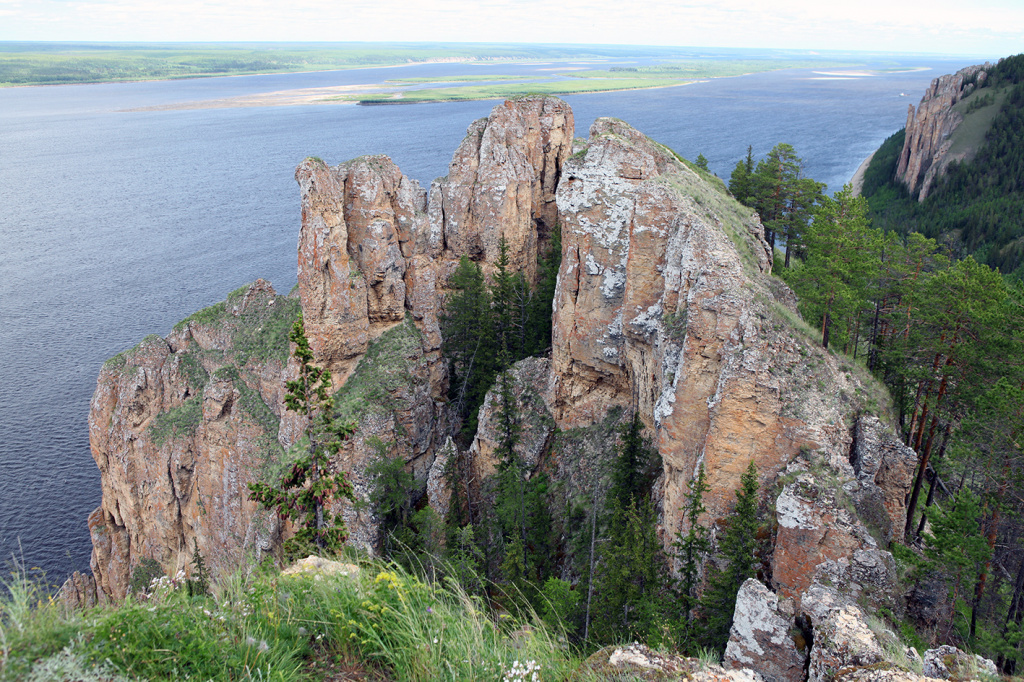 Before the hike, you need to properly assess your strength and prepare suitable outfits: depending on the time of the year, pick up clothes and in any case take something warm, since cold and strong winds always blow on top. Also you need to choose comfortable, warm and non-slip shoes.

- On the stairs you need to go down quietly. You can not leave the trail, as rockfalls are possible. For safety, it is better not to go beyond fenced places, there may be sticking roots of trees, slippery places or dips. Cut trees, cause other damage to natural objects in the park is strictly prohibited, - said Ksenia Tyumentseva.

To prevent tourists from damaging the Lena Pillars, employees of the natural park forbid them to litter, enter the territory on cars without special permission, smoke and drink alcohol, and build a fire in areas not designated for this purpose. Visitors are advised to remember that if they violate the prohibitions established in a sacred place, punishment can come not only from the administration of the natural park, but also from the spirits guarding this place for centuries. 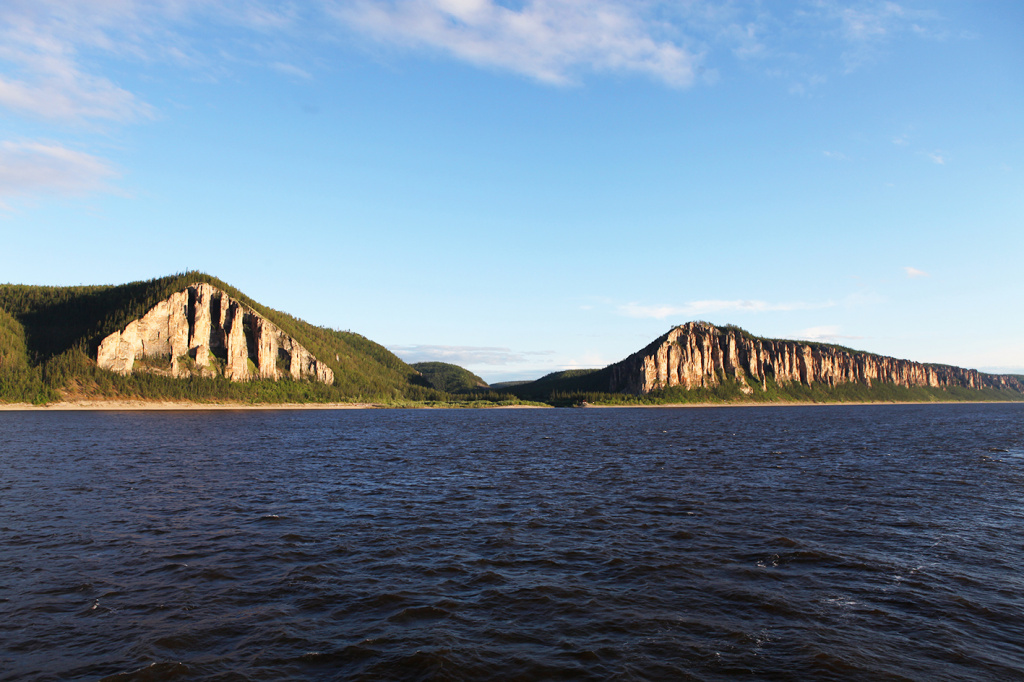