“Leaders of Russia” two years ago made a noise as “an open competition for leaders of the new generation, which forms a community of leaders determining the future of Russia”. As EastRussia found out, a victory in the Leaders can really help with employment in good positions in power, but this alone is not enough. Most of the winners from among the Far East prefer prestigious training to a sharp change in the field of activity. 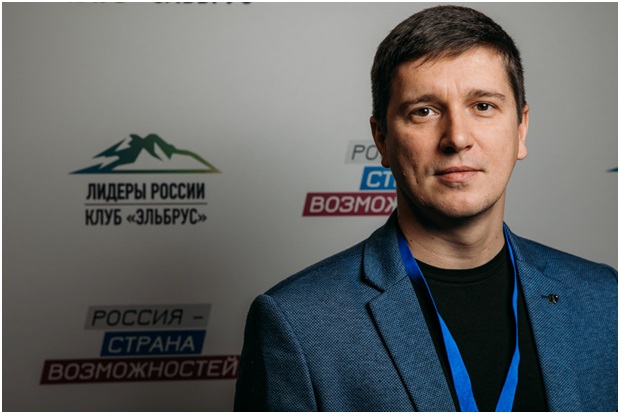 Photo: from the personal archive of Ivan Kremza

Participation in the competition is free, and 300 finalists of the competition receive grants (one million rubles) for training in the best programs for managers. Hundreds of winners will receive one year of personal career advice from top managers of major companies and prominent statesmen. At the qualifying stages, participants can get acquainted with successful managers from all over Russia. At all stages, a comprehensive assessment of leadership competencies takes place. Winners can join the second stream of the course, designed specifically for the preparation of the country's highest personnel reserve.

In the first competition (2017-2018), it was not necessary for participants to submit their own project, in the “Leaders of Russia” a “second call” (2018-2019) the presence of a project for the contestant became a condition.

For the third season, 233 applications were received from all regions of Russia and 830 from other countries. A week ago, the results of the remote testing phase were summed up, on January 68-14, 17 the first regional semi-final will be held.

Over two years, more than two hundred winners of the competition are recruited, among them a dozen Far Easterners. Have they really become the leaders of the new generation? There is such an example.

Victory went a plus

The head of the project management department of the Primorsky Territory Nikolai Stetsko worked as an assistant to a deputy of the Legislative Assembly of the region while participating in the competition “Leaders of Russia” (2018) and was engaged in teaching activities.

“I never tried to win the Leaders of Russia,” the representative of the regional administration noted. “For me, first of all, it was an opportunity to show myself and, more importantly, to look at other people, get to know the best specialists of the country. Then I taught at the university, it was important for me to use the best practices in working with students. In total 200 thousand people took part in the competition. I was lucky to first enter the list of 300 finalists, and then the hundred winners. I successfully completed all the stages and ended up in TOP 40 lead Russian ers. After the finals, I received two offers of employment from the western regions of the country, but I refused. Besides agreeing to stay in my native land, I sincerely believe that Primorye is the most promising territory of Russia: it has a very favorable geographical position, emerging markets and great people. ”

According to Nikolai Stetsko, the victory in the competition helped him achieve the position of head of the department: “of course, the“ Leaders of Russia ”served me as a plus.” In 2017-2018, the participants have not yet announced projects, but Stetsko suggested some developments, which, in his own words, he uses now in the development of municipalities in the Primorsky Territory.

The Project Management Department implements project management tools in state and municipal authorities, provides training, and develops motivation mechanisms. The authority coordinates the implementation of national projects in Primorye, the creation of a regional infrastructure for priority development territories, and the improvement of the investment climate in the region. In short, a serious post for a person who graduated from FEFU only six years ago.

Like many domestic officials and businessmen, the winners of the “Leaders of Russia” choose to study at the Academy of National Economy and Public Administration. The coveted grant goes there.

So, the first deputy head of the technical policy service of the Far Eastern Railways, Alexander Simonenko, underwent a variety of tests: from solving cases on real situations to practical implementation of the principles of lean manufacturing. Faced even a system of continuous improvement in the company, through a social case for the construction of birdhouses for the Imereti natural zone in Sochi. Having won the competition, he became the ward of the vice-premier himself, presidential envoy to the Far Eastern Federal District, Yuri Trutnev, and chose the MBA program of the RANEPA and Kingston University from London.

The winners of the competition also include the chairman of the committee on regulation, deputy ethics and the organization of work of the Legislative Assembly of the Primorsky Territory Dmitry Novikov, whose mentor was Sergei Stepashin.

“In addition to satisfying vanity, I received a grant for study in the amount of one million rubles, and now I'm trying to master it. Four times a year I fly to Moscow, I hand over a session at the RANEPA. Of course I'm exaggerating. In fact, “Leaders” is a wonderful practice to find out where your weaknesses are and where your strengths are; measure the level of competence, including in the field of management. There he met people who are much stronger than me: experienced managers, officials. Does this give a boost to career growth? To a greater extent, psychological, ”explains Dmitry Novikov.

There were no special projects in the framework of the first contest, moreover, there was a groundwork that Dmitry Novikov presented in the framework of the “Leaders of Russia”: the site for receiving complaints za-delo.org or ZaDelo.rf on Facebook. The project “Let's make the life of Primorye better” has been working for three years. The pages are regularly updated, contain some useful practical information.

“In April of this year, I entered the Institute of Business and Business Administration of the RANEPA on the MBA program and a master's degree in Management. The training program will last two years, ”said Ivan Kremza, the winner of the second season from the Far Eastern Federal District.

In April this year, the Governor of the Khabarovsk Territory Sergei Furgal invited the winner of the "Leaders of Russia" to take part in the competition for the post of Deputy Minister of Industry and Transport of the Territory. There have been no personnel changes, Ivan Kremza continues to work as a deputy chief technologist at the branch of PJSC Sukhoi Company KnAAZ im. Yu. A. Gagarin ".

“I do not set myself barriers. It’s always interesting for me to develop and improve, ”said Ivan Kremza. “The victory in the competition“ Leaders of Russia ”gave me an additional incentive to develop my professional and leadership competencies.”

According to Ivan Krems, he recommend that several colleagues at his enterprise, as well as fellow students at the RANEPA, take part in the competition.

“Let's hope that they manage to reach the coveted finale. Participation in this competition gives not only an objective assessment of your managerial competencies, but also the opportunity to get invaluable communication and acquaintance with many interesting people from all regions of Russia, ”the winner of the competition noted.