Concessional loans - only on paper

The Trans-Baikal Territory has been part of the Far Eastern Federal District for more than half a year and enjoys various preferences. Entrepreneurs should also receive them, but they claim that they have not felt the changes after the region has become Far Eastern. Moreover, the farther a business is from Chita, the more difficult it is. 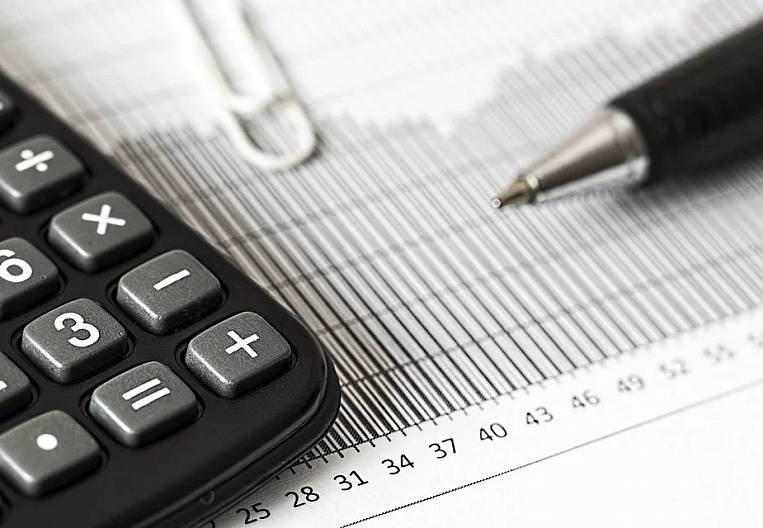 Where do millions go?

According to plans for 2019, an additional almost 500 million rubles were allocated for the development of small and medium-sized businesses in Transbaikalia. Earlier, acting deputy chairman of the government - Minister of Economic Development of the Territory Andrei Kefer said that this money will expand the access of entrepreneurs to preferential financing of projects, about 200-250 business ideas will receive additional support, and the concessional lending rate will expand at 3,5% for single-industry towns.

“We propose expanding the borders and introducing soft loans not only in single-industry towns, but also in border regions. We believe that there are very serious growth points and the greatest challenges, given the economic situation in these areas. Entities located in the border areas will have the opportunity to access the super-preferential rate of 3,5%, ”Kefer said.

In fact, entrepreneurs face great difficulties even in this matter. They stated this at a business forum in Yasnogorsk. So, the head of the bakery Natalya Bakhtina said that her company produces two thousand rolls of bread - one of the cheapest in the region and sells products in four districts, but the company cannot receive support.

“We have been working for a long time, the company has been tested, why not help us, for example, buy a stove? Recently they bought a bread machine for 700 thousand rubles and have been in a “financial hole” for three months already. And there is no help, Natalya Bakhtina complained. - I would like business support to be provided not only in the form of a loan. We update the equipment on our own. A large mixer operator costs 300 thousand rubles. We do not have a single new furnace, one such installation costs 700-900 thousand rubles. I applied for loans, but I need a guarantee, but this is difficult. Let concessional loans be provided, I will loan and report without problems, but so many documents must be collected. ”

According to her, grants to support small and medium-sized businesses are provided to "newcomers", to those who have not been designed in this area for a long time.

“I spoke with local authorities, and they explained to me that grants are given only to those who have recently organized an enterprise. Well, what's the point? They opened, worked for a year, spent the money and closed. Provide funds to proven production that has existed for several years and provides citizens with permanent work, ”the entrepreneur suggested.

Disturbing business and sky-high electricity tariffs. Over the past month, the bakery paid almost 240 thousand rubles - almost six rubles per kilowatt hour. The rent also flies into the penny. And many entrepreneurs face such barriers in Transbaikalia.

The deputy of the regional Legislative Assembly, Yuri Kon, who oversees the development and support of entrepreneurship in the regional parliament, does not agree with this statement of the issue. He noted that now entrepreneurs are not left to their own devices, there is good support, and problems arise due to poor awareness of businessmen.

“Today, entrepreneurs can count on leasing on preferential terms, compensation for interest on loans. In Transbaikalia, a regional program is in place to reimburse part of the cost of acquiring agricultural machinery and equipment. There are mechanisms, it turns out, or there is no information, or the desire of the entrepreneurs themselves, ”said the head of the committee.

The deputy promised to personally inform Natalya Bakhtina of all measures to support small business that will operate in the region in 2020.

There is a product, there is no market

Another problem voiced by businessmen is the lack of a sales market. It has been relevant for more than a year, and many entrepreneurs simply closed the business because there is nowhere to sell products or prices from sales do not cover the costs. With such a problem faced the head of the peasant farm Marina Rybkina.

“We hold 170-200 heads of beef cattle. The price at which our meat products are sold is not satisfied - the cost of meat is regulated by resellers, not producers. Our products are purchased for an amount not exceeding 170-190 rubles per kg. Meat producers would have been comfortable with a price of 230 rubles per kg. If even higher, it will only get better, ”said Marina Rybkina.

Commenting on this situation, Yuri Kon noted that in this case it is necessary to create microfinance support organizations in the regions.

“It is clear that business, first of all, needs financial assistance. It is necessary to promote entrepreneurs and create microfinance organizations in municipalities. This question was asked by the Ministry of Economic Development of the Territory, they answered me that the support that comes from the federal budget should be used only at the subject level. I proposed to allocate money from the regional budget that would go towards supporting municipal level microfinance. It is not good for the business to go to Chita for money and documents, ”Yuri Kon specified.

Figures from the authorities

Now in Transbaikalia, the national project “Small and Medium-Sized Enterprises and Support for Entrepreneurship Initiatives” is being implemented. 2019 billion rubles are planned for its implementation for 2024-1,25, this year - 745,8 million rubles. By December 1, 1 microloans were issued throughout Transbaikalia at interest rates from 048 to 3,25% per annum. At the same time, according to experts, the Trans-Baikal Territory was included in the top ten regions of Russia in terms of business support in 8,45.

It is impossible to speak categorically that Trans-Baikal entrepreneurs remained destined for themselves, they say to the regional government. There, it’s still at the initial stages, but is trying to help start-up and already working entrepreneurs, for example, in October, a new support infrastructure organization was established - the Trans-Baikal Territory Export Support Center, whose main task is to bring local producers' products to international markets and help entrepreneurs in finding investors, conducting foreign economic activity. He will organize meetings and negotiations with foreign businessmen.

According to and. about. Deputy Chairman of the regional government Andrei Kefer, it is thanks to state support that representatives of small and medium-sized businesses in the Trans-Baikal Territory introduce innovative technologies and develop production.

“Only in the third quarter of 2019, regional support infrastructure organizations helped about 70 entrepreneurs of the Trans-Baikal Territory from the sphere of production, innovation and high technology, ready to develop with the assistance of the state. The total amount of financial assistance for three months approached 80 million rubles, ”said Andrei Kefer.

He also noted that entrepreneurs can count on the support of regional organizations. For example, the Regional Guarantee Fund financially helped four small business representatives, including one novice entrepreneur. The amount of support exceeded 20,7 million rubles. Another 13 businessmen received 31,4 million rubles by contacting the Trans-Baikal Territory Small Business Support Fund. And for the third quarter of this year alone, the Industrial Development Fund issued 14 loans and approved a joint loan program project for financing.

For support to the regional Center for Business Development, residents of Chita and other settlements of the region apply. So, the individual entrepreneur Elena Kalashnikova from the village of Uleti repeatedly turned to the center with her husband. At the start of their business, the family took out a loan to buy cars for a taxi service, which is now successfully operating in the Uletovsky district. Later, a new loan was approved for the entrepreneur at the Business Development Center - more than three million rubles for the purchase of a new truck for coal supplies from Vostochny open pit.

The government, as well as the regional parliament, notes that they are ready to help if entrepreneurs take the initiative and are interested in support measures.