Where does the free port float? 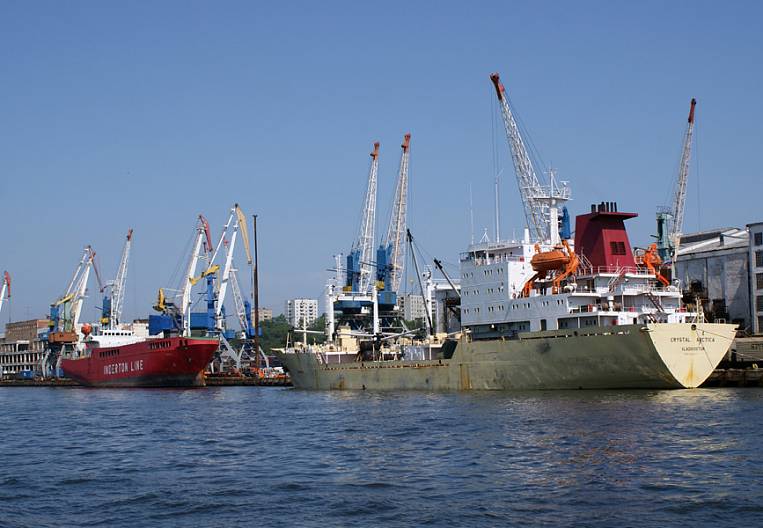 The idea to make the port of Vladivostok open belongs to the President of Russia Vladimir Putin. However, the establishment of the porto-franco regime is far from a day, and now there is a huge work to thoroughly study its concept.

The status of a free port, enjoying the right of duty-free import and export of goods for Vladivostok is not new - it operated here from 1861 to 1909 and became a powerful stimulus for the development of the “gateway of Russia to the Pacific”.

“The main prerequisites for the development and creation of this status back in tsarist Russia was the impossibility of quick delivery of goods to the Far East for the local population,” said Professor Alexander Latkin, director of the Institute of International Business and Economics of VSUES. - Then tsarist Russia sought to consolidate the population here, introducing a free port regime or port-free. For example, in Kamchatka, so that foreign steamships, including those from America, come in, unload and immediately sell all their goods free of duties. A simplified border inspection regime was in effect. "

With the advent and development of the railway, the need to consolidate the population in the region thus disappeared, and the regimes that were introduced were abolished.

Now, in order to develop the Russian Far East, Vladivostok is again being asked to make Vladivostok a free port. According to Deputy Prime Minister, the plenipotentiary representative in the Far Eastern Federal District Yury Trutnev, this will create attractive conditions for Vladivostok to call on ships and help the economy develop. Today, the concept of a free port is being developed, and quite bright proposals already sound.

“There are proposals to make the entire coast of Primorsky Krai a free port. There are revolutionary proposals - the transfer of the customs clearance zone for goods and the declaration of the entire territory of Vladivostok as a zone free from customs payments if the goods are processed within the city. All these projects, however, should not reduce the budget revenues of the Russian Federation. The task of the free port of Vladivostok is to create attractive conditions on the territory for ships to enter here, ”said Yuri Trutnev. It is also proposed to include Vladivostok airport in the free port zone.

Vasily Usoltsev, First Vice Governor of Primorsky Krai for Finance, Industry, Transport, Fuel and Energy Complex, Natural Resources Management, Environmental Protection, Forestry, International Cooperation, Land and Property Relations, believes that “a free port should be entered as minimum, the territory of the Vladivostok agglomeration, the Khasan region and the territory up to Nakhodka - that is, in fact, the entire south of Primorye. In this case, the region will face a truly "explosive" development. "

Deputy Minister of the Ministry of Eastern and Eastern Development Alexander Osipov in an interview with a business publication "Golden Horn" also expressed the opinion that "the" free port "regime should cover the maximum part of the coast of the region: and where entrance sea routes have already been created, and where new ports can be built. There is an opinion that the stake should be placed on the construction of new port facilities ”.

He cited the point of view of experts who “argue that the capacity of ports, especially those located within cities, is already at the limit. Their carrying capacity cannot be increased, the possibilities of the railways and highways laid to them have been exhausted. Therefore, Nakhodka, Vostochny, Slavyanka, Zarubino, Sukhodol, and others are not excluded, port projects here will develop in line with the growth of cargo traffic and the development of the region's economy. It is necessary to simplify the regimes for them as much as possible, which will ensure competitiveness in the international competition for cargo. "

The task facing the leaders could greatly alleviate the experience of others. However, so far in Russia, and indeed in the world, there are no ports operating in the same mode.

“We now have no experience of such a regime in the world, including in the Asia-Pacific region. There is a use of its elements, - commented Alexander Latkin. - For example, the ports of Busan and Hong Kong. In Busan, a fenced-in warehouse for temporary storage of fish products from all over the world, including the Primorsky Territory, was organized. There, the well-trained customs officers and border guards do not take any port dues. Brought fish - right there and then the ship will be repaired, and booked, and food will be given. Hong Kong is a special case, there is a geopolitical aspect, it is a former British colony. He himself does not have production, but nearby there is a huge number of Chinese enterprises that need components. And China made such a decision: there are no duties on certain types of goods. "

Looking back at foreign experience and trying it on the city of Vladivostok, one can make a disappointing conclusion: the dress is not in size, the economist believes. So, there are not enough large port areas in the city to bring, store and reload goods. In addition, the Golden Horn is not too big a bay and is only about 8 meters near the quay wall, while the draft of large ocean steamers is usually 10-15 meters. Another problem arising on the way to the free port is logistic, the city simply does not have enough access roads to allow the goods to run freely between harbor and processing.

“Most importantly, it’s not clear where this“ customs fence ”will be made - after all, you still need to take duties, without them it will be unprofitable for the state,” Alexander Latkin wonders. , these steamers are unloading, well, let's say they bring raw materials. In a fenced area, without going anywhere, raw materials are processed and products are manufactured, which are later exported. In this case, several problems arise. The first is the territory, the second is the high cost of electricity, the third is the lack of labor, the fourth is that there is no technological equipment, and the fifth is what kind of raw materials will we receive from other countries if we ourselves are bringing these raw materials there? "

The development of the final concept of the free port for Vladivostok is not given much time, only three months, and by the end of the year a full-fledged working mechanism should be created.

“In the territories that will enter the“ free port ”, it is necessary to create a radically simplified regime for handling cargo in terms of customs, border, phytosanitary, veterinary and other types of control. All this will expand the possibilities to use the international transport corridors that pass through the Primorsky Territory. The same simplified procedure must be adopted for passengers who arrive in the region by any type of transport: air, sea, rail, road. The proposal of the Ministry for the Development of the Russian Far East is to introduce a visa-free regime for 15 days for those who visit the region for tourist and business purposes, ”explained Alexander Osipov.

He emphasized that “it is also necessary to form a set of regimes and simplifications, including taxation, in order to enable the dynamic development of the economy of Primorsky Krai as a whole through the development of port activities. This can be the replacement of many taxes with one or the other, tax incentives for investment projects, and so on. In world practice there are a lot of options and examples, we need to take the most suitable for ourselves. "

Anyway, a significant part of the work in the zone with the updated economic regime will have to be carried out by customs officers - they will have to receive and issue cargo passing through the free port of Vladivostok.

“The introduction of the free port regime is one of the tasks that we set ourselves in 2015, and we certainly support this decision,” said the head of the Far Eastern Customs Department Sergei Pashko. - Within the framework of our competencies, we will solve the tasks that will be set. I believe that this will have a positive effect for the development of the region, and not just for Vladivostok. As for the customs authorities, I can say that in this case we are talking, apparently, about such a customs procedure as a free customs zone. Accordingly, our tasks will include accounting and control of the goods that fall into it. "

As for the most difficult problems that relate to the formation of the concept of a "free port", according to Alexander Osipov, they do not exist. “These are not problems - this is work. There is a lot of useful experience in the world, you just need to use it rationally, ”he is sure.

Now Vladivostok Commercial Sea Port is the largest stevedore of the port of Vladivostok, one of the main transport hubs of the Far East of the Russian Federation. It is a key link in the domestic Russian coastal shipping, part of the FESCO group. Port traffic in 2013 amounted to 5,84 million tons.