Attractions "must see" of the Far East

Vladislav Shulaev, director of territorial promotion of the communication agency AGT, co-chairman of the RASO committee on branding and promotion of territories - on the tourism potential of the Russian Far East 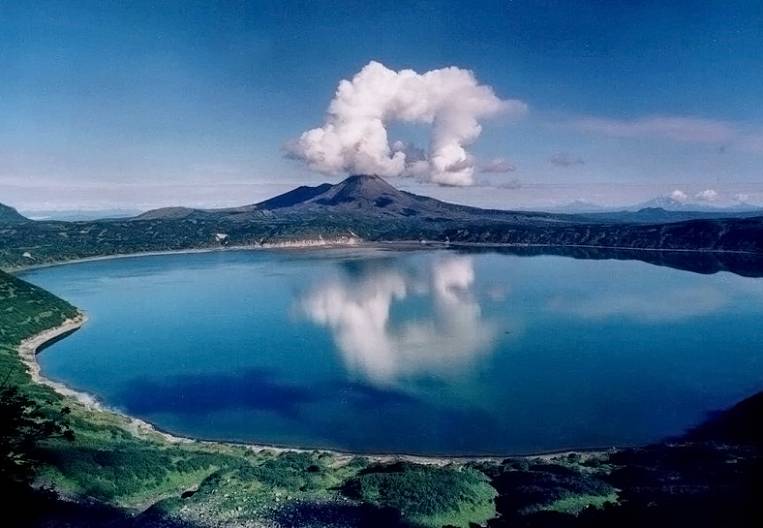 Myths, reserves, media drivers How to help drivers of the tourism industry DFO What is the "superpower" of the Khabarovsk Territory?
All author's materials
In Russia, the flow of guests is growing rapidly where there are tourist drivers. So far, from the East of Russia, four phenomena from three regions have got into various tourist popularity ratings, which today are the main directions for inbound and internal flows of guests.

These are the bridges of Vladivostok - place in the top 10 cultural sites of Russia according to TripAdvisor; Zuma restaurant (Vladivostok again) - No. 1 in TripAdvisor's top 10 Russian gourmet restaurants popular with travelers; guest house "Antarius" (Paratunka, Kamchatka) - No. 23 in the TripAdvisor top 25 of the best B & B / mini-hotels in Russia; National Park "Lena Pillars", since 2013 regularly included in the lists of mustsee attractions in Russia.

In the regions of the Far Eastern Federal District there are four natural sites included in the UNESCO World Heritage List: the volcanoes of Kamchatka, Central Sikhote-Alin (Primorye), Wrangel Island (Chukotka) and, again, the Lena Pillars National Park (Yakutia). This is the key to understanding the main global advantages of the East of Russia today: tourists are attracted by large spaces of fabulous nature, preserved in an almost unchanged form, of a much earlier period than our modern one.

In the East of Russia, the uneven design readiness of territories is most clearly visible, in particular in the tourism sector. Of the 68 investment projects of the constituent entities of the Russian Federation, included as of June 26, 2015 by the Coordination Council in the list of measures of the federal target program "Development of domestic and inbound tourism in the Russian Federation from the Far Eastern District there are only four tourist and recreational clusters, and one of them is from Yakutia (the zoo "OrtoDoydu"), and the other three are from the Primorsky Territory ("Primorskoye Koltso", "Pidan" and "Emerald Ring"). In addition, tourism is one of the specializations of the territory of advanced socio-economic development (TOR) "Ostrov Russky", which also represents Vladivostok.

It is obvious that the infrastructure of the Primorsky Territory - organizational, communication, educational - is the best in the East of Russia ready to efficiently receive investment in tourism. And if you consider that in the next year or two, one of the four officially established gambling zones in Russia will be added to the drivers of Primorsky Krai - the Primorye gambling zone, the status of the Free Port of Vladivostok with a facilitated visa regime (already legally formalized) and a little later - the largest in Russia oceanarium, then the question of the tourist leader years in the Far Eastern Federal District will receive an unambiguous answer.

Of the additional obvious resources for the development of tourism in this Russian macro-region, the organization of "red routes" stands out (this direction of tourism implies visiting memorable places associated with the life of communist leaders and the revolutionary past) in the South-East of Russia. It is these routes, as experience shows, that the growing flow of tourists from neighboring China is in demand more quickly. Cross-border fair routes in the Jewish Autonomous Region and the Amur Region can also be oriented towards China, since the border trade infrastructure in these regions is already being formed spontaneously.

Recently, the organization of regular events has been most often called to serve the development of tourism in Russian regions. In the East of Russia, the largest of them, involving 100 thousand and more people, are the Tiger Day in Vladivostok with a bright truly southeastern procession and the Yakut "New Year" - the celebration of the Meeting of the Sun Ysyakh Tuymaady, an annual supplier of achievements for the Guinness Book of Records ...

An important point for understanding the specifics of the topic is that tourism in the Far East is very young, and not only foreign travelers, but also local travel companies, do not know about many of its opportunities. Recently, there has been a surge of interest in extreme tourism in the Magadan region. Against the background of a generally high demand for Russian hunting and fishing, requests for fishing in the remote Labynkyr Lake - Yakut Loch Ness are growing at an accelerated pace. It was a revelation for many that more and more visiting surfers start chasing a high-quality ocean wave in Kamchatka and Sakhalin every year.

The flagship of nature tourism is not even the "land of fire" Kamchatka, but the Republic of Sakha (Yakutia), which is larger in area than Argentina, by the way occupying place in the world in terms of territory.
Two rivers flow through Yakutia, which are in the top 10 rivers of Russia in terms of basin area - this is Lena place) and Indigirka In connection with the prospects of Yakutia, we can talk about the cold pole, about the Yakut national cuisine, about the diamonds mined here and the annual "Diamond Week", about the almost year-round ski complex on Aldan ... But the main media interest in the world is now the topic of cloning its numerous found mammoths. This already three-year news occasion can cause serious tourist interest in the places of former and future habitats of ancient animals, especially since the World Mammoth Center is already being designed, which will be located near Yakutsk - on the banks of the Lena.
Tags: Vladislav Shulaev Far East tourism AGT Primorye Yakutia Domestic tourism
July 24: current information on coronavirus in the Far East
Digest of regional events and latest statistics
Media News2
See also:
string (22) "Standard"