Who are the Far Eastern entrepreneurs-2 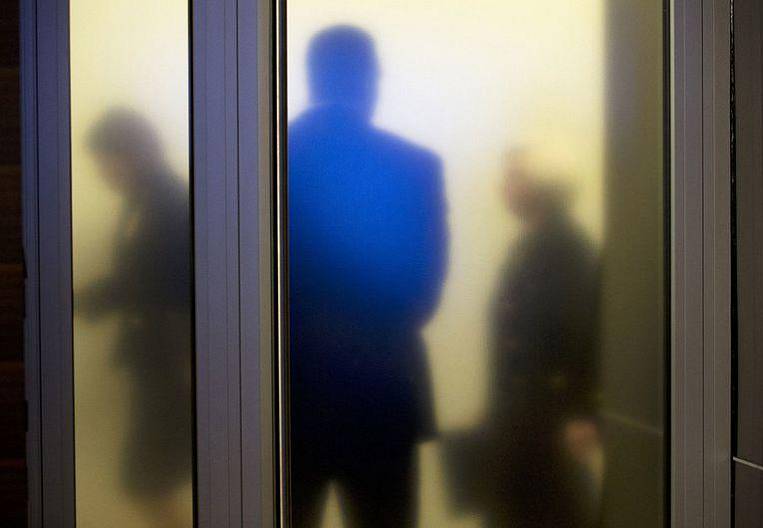 About S.I. Furgal Say a Word New conditions for new governors What can the Far East
All author's materials
In the second half of 90, the situation in the Far Eastern (and not only Far Eastern) business changes. From the raging elements of entrepreneurship and crafts more successful, richer ones stand out. Someone was able to organize wholesale deliveries from neighboring countries. Someone, on the contrary, managed to promote Far Eastern products to these countries (mainly, of course, raw materials). Someone, especially after the 1998 crisis of the year and the rise of domestic production in the wake of inflation and the “cheap ruble”, began to work for the local market, some government orders, monopolies, such as FER, appeared.

Entrepreneurship is stratified. A large and largest entrepreneurial structure is singled out - those who controlled export-attractive industries. An average business is being formed, which houses houses for new and not very new Russians, serves factories and the railway, imports large lots of something. And in small business the situation begins to somehow stabilize. Services, trade, small-scale production, agriculture are beginning to not just survive, but work. Inter-regional ties are being resolved, at least within the Far East. International networks are beginning to take shape. It should be noted that the Far East first, without any state support, and sometimes overcoming the prejudices of the sovereigns about the "yellow threat" rushed into the business world of the APR. Of course, they did not go as carriers of know-how, they supplied raw materials. But they were coming. There were steady contacts in China, Chinese business willingly came to the border regions of the region.

Of course, everything here was far from white and fluffy. But crime and criminal "roofs" are slowly becoming a thing of the past. The reason is simple. More precisely, there are several reasons for this. Firstly, even the largest criminal groups (“roofs”) in the region controlled not the territory, but the “theme”, some kind of business sphere that “fed” them. There they kept order more or less tolerably. The rest simply didn't interest them. But the whole business was in dire need of order production. And not only business, but the entire population of the territory. All sorts of "reception" of criminal authorities that arose in the cities of the Far East, were, rather, a moment of PR or an indicator of daring, but not real authorities. We needed a government that would ensure order for the entire territorial community.

Secondly, criminal “roofs” have always remained local. For all the 90s I did not come across any information about the successful seizure of another territory by any criminal ruler. The locals always defeated the newcomers. And the image of crime bosses, at their gatherings decisive for the fate of regions and industries, have remained subjects for films and "sensational" revelations. But entrepreneurs in the second half of the 90s have already gone beyond small communities. Even the owner of several shops carried out transactions far beyond the boundaries of the district and town. Not to mention medium and large businesses. Someone had to guarantee these contacts. The crime could not cope with this. There was also "third". Contacts with foreign partners. Much here was decided by personal connections and personal trust of partners. But, nevertheless, international activities required at least some kind of legality, some kind of formal status, paper with a seal.

Criminals are being replaced by new producers of order - regional barons, heads of regional and regional levels, who in the already forgotten era of the "parade of sovereignties" privatized most of the state functions. Since the forms of “privatization” here were different (both legal and not so), then these producers themselves turned out to be not “black” (criminal), but not “white” either. They were gray. The practice included both the adopted laws and the laws being executed, existing in the form of traditions, moral norms and other similar attitudes in the style of "everyone does this."

It was the regional barons who were able to create a fully working and viable system of power servicing of the regional economy, uniting regional siloviki, customs, tax services, etc. under their wing. It was their efforts that ensured economic ties at the regional, interregional and international levels. They provided entrepreneurs with the necessary level of legality. And those to whom legality was unnecessary, they provided guarantees of the transaction.

The way of doing things was simple. In the world of extremely fuzzy and vague norms, unsettled communications, entrepreneurs were offered "pilot" services to conduct a ship (boat, liner) of his business through dangerous straits. Of course, for a fee. The very same fee consisted of some share of legal taxes (the optimization of the tax base in those wild times was not yet considered a crime), support for "regional programs", correct political behavior and personal payment for the services of the "pilot". With all the diversity of payments, on the whole, it turned out to be cheaper, and most importantly, more effective than "living by law." These services (of course, of different quality) were available to all. After all, in addition to "wholesale" purchases of power services directly from the regional baron, you could purchase them and "at retail" - from a specific official built into the system.

As a result, a completely stable and understandable system of actions, rules of the game, including laws, and the fact that “between laws” is formed. The protection of local (their) entrepreneurs from external competition, the regulation of contacts between them, the distribution of expenses and much more was quite effectively carried out by these operators. Moreover, there were also reverse forms of exposure. If the producer of the order began to “eat two throats” (to take too much money), then the entrepreneurs simply went “into the shadows” or re-registered the enterprise in another territory.

Since the main form of approval of the "regional baron" in the post was, in that period, direct elections, then it was got from the governor and the population. He shared, and forced to do it (participation in regional projects) entrepreneurs. It was during this period that for the first time in their entire history, regional centers acquired external gloss and goodness. And entrepreneurs themselves have actively invested in their region. Not always this was due to pressure from the authorities. After all, in order to "negotiate" (buy the services of the order for his business), he had to live in the region. Attempts to "remotely" manage the business during this period did not succeed. Hence, he was forced to build housing appropriate to the income and rank. And this is the salary of architects and builders, trade and production of building materials. He had to drive on the same roads as the rest of the Far East. So, he was interested in them being in any decent condition.

Of course, even then the largest representatives of regional business preferred to teach children in distant countries, at worst, in capitals. But already middle-class business people taught them "at home". Hence, they were interested in education. We invested in it through sponsorship, purchase of equipment, etc. It is clear that serious diseases in those early years preferred to treat in South Korea. But sore throat, flu, migraine and appendicitis were treated on the spot. There are private clinics, which are used not only by the owners of capital. You can enumerate for a long time. The result is simple - regional entrepreneurs willingly or unwittingly lived in the region and worked for the region, and regional barons, just to solve their problems, created an effective system of servicing these entrepreneurs.

However, the entrepreneur's risks in this system were by no means weak. After all, in essence, he conducted all activities at his own peril and risk. In order to have at least some guarantees, Far Eastern entrepreneurs create an extensive social network (not to be confused with Facebook) of counterparties in the region and beyond, who insure their activities. Personal contacts compensate for the weak development of institutions. And the profitability of their activities was not particularly high. Therefore, the arrival of large state money in the region in the second half of the XNUMXs was greeted with a bang. This was a turning point in the development of regional entrepreneurship.