During the days of the Eastern Economic Forum, Russky Island hosted the traditional international mas-wrestling tournament "Colmar Coal Company Cup", which was attended by athletes from different countries. Like years before, exciting and dynamic Mas-Wrestler fights did not leave spectators indifferent. 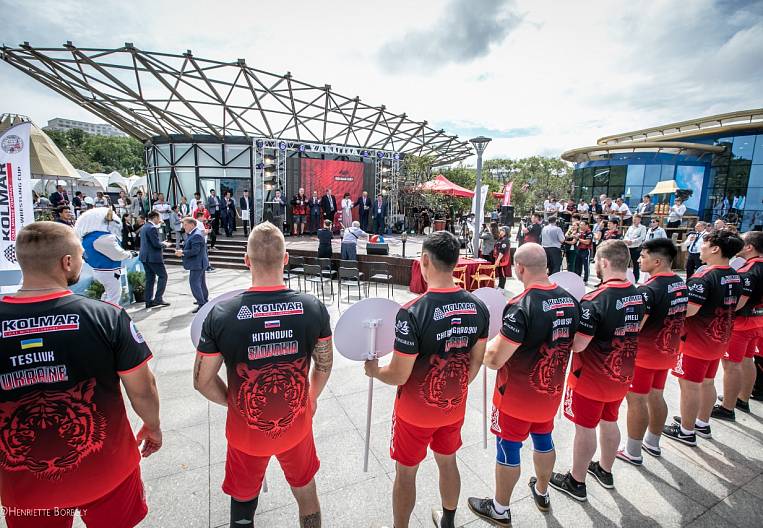 Mas-wrestling is the youngest accredited Russian sport. Its essence is to put your feet in a special beam, to tear a small stick out of the hands of an opponent. Previously, mas-wrestling was only practiced in Yakutia, now it is actively developing and is very popular all over the world. Coming from the depths of centuries, it combines folk traditions and modern sport, this is a new brand product of Yakutia and the whole of Russia.

Before the start of the competition, the tournament participants were personally greeted by Deputy Prime Minister and Presidential Envoy to the Far Eastern Federal District Yuri Trutnev. The co-chair of the Russian Union of Martial Arts immediately drew attention to the athletes warming up at the blackboard. The judge of the competitions started the match, the victory over Colin David Webb from Australia was won by an athlete from the USA Lee David Martin. The plenipotentiary inquired in what weight category athletes will compete and noted that the speakers in front of him are in good physical shape and that one was clearly superior to the other in weight, perhaps this was what gave him an advantage.

Athletes from Australia, Azerbaijan, Hungary, Germany, Kazakhstan, Korea, Kyrgyzstan, Mongolia, New Zealand, Poland, Russia, Slovakia, the United States of America, Uzbekistan, Ukraine and Japan took part in the international tournament. Mas-wrestlers performed in sportswear depicting the Amur tiger - as a sign of involvement in the conservation of a rare species of animals. Strength and power, agility and cunning mind, determination and swiftness - all these qualities are inherent in mas-wrestling fans. 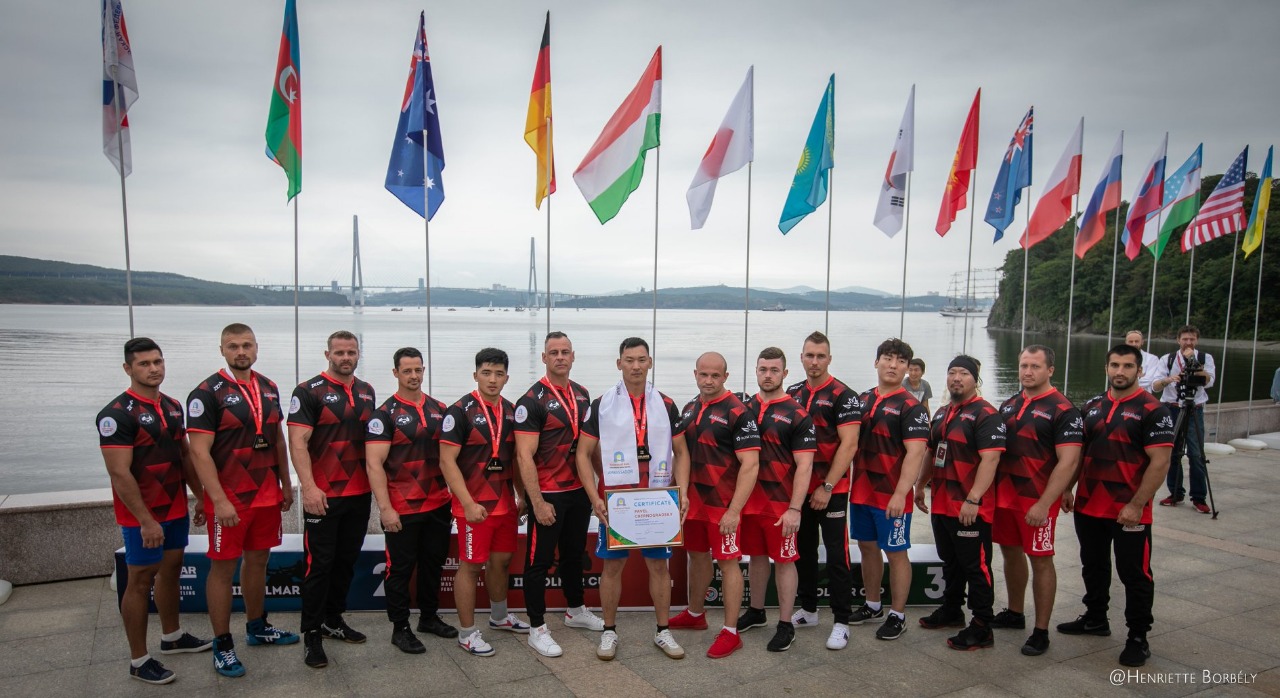 The experience of previous tournaments showed that, taking into account the terrain and the conditions of stay on Russky Island, it is better to invite lighter athletes. It is difficult for heavyweights to quickly cross large distances from the place of placement to the competition venue. In the future, another rule will appear - the difference in the weight of participants will be minimal.

The fight turned out to be fierce, Azat Tashtanbekov from Kyrgyzstan won, silver was won by Russian Pavel Chernogradsky, Vyacheslav Teslyuk from Ukraine closed the top three winners. However, the competition for mas-wrestlers did not end there - they took part in the complex competitions “Miner Glory”. Athletes fell into two different teams, formed by the results of the last tournament. The first was headed by the president of the US Mas-Wrestling Federation, Odd Hogen. The team in honor of the victory of the Kyrgyz athlete was called Muras, which means heritage, the next generation. The second Tiger team was led by the president of the Mas Wrestling Federation of Korea, Han Dae Ho. 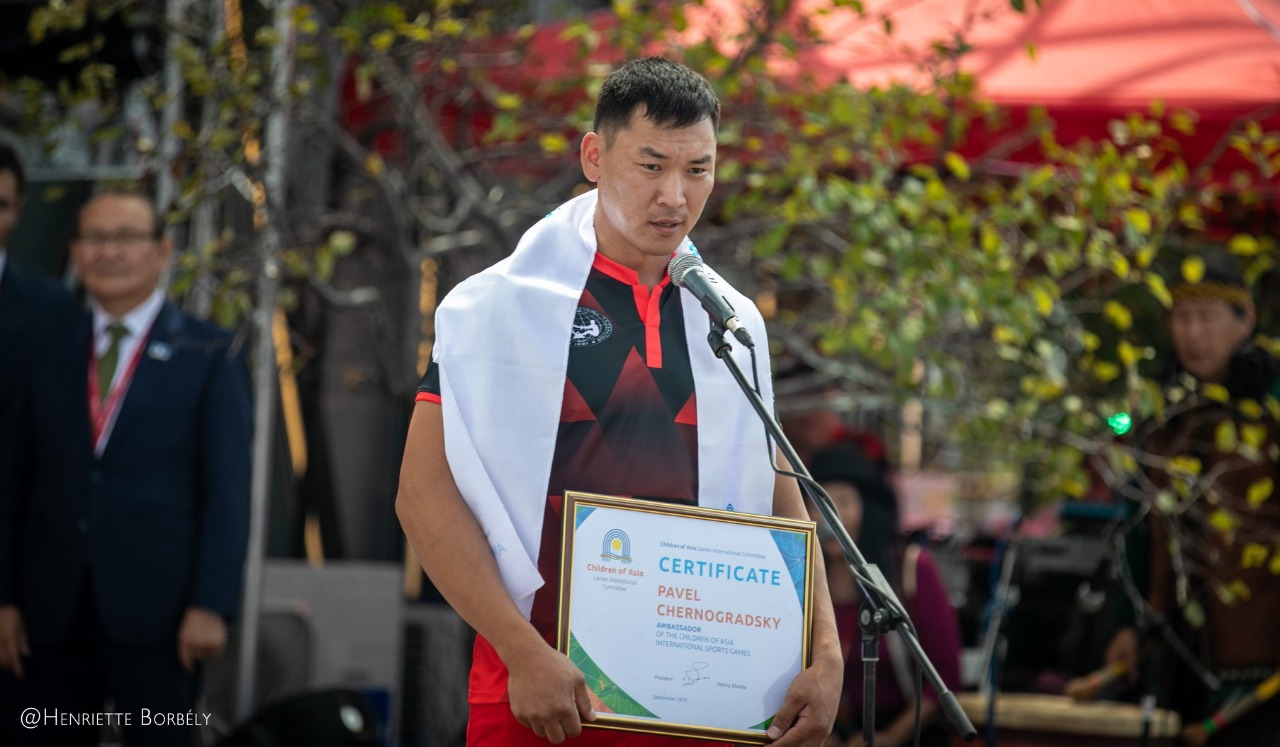 The strongest athletes have tested themselves for strength endurance and speed qualities, as well as for flexibility and dexterity. They competed in the national Yakut all-around events, as well as in the relay team race, in which, instead of the usual wand, they transferred bags of 100 kg to each other. A convincing victory was won by the Tiger team. The contestants received awards from the general director of the Colmar mining company Artem Levin.