For 10 years, the number of trips of Chinese tourists to objects of revolutionary history has exceeded 4 billion. The main attention of the Chinese is focused on the native country, but Russia has considerable potential, where, with a living history of communism, one can face face to face in any city today. 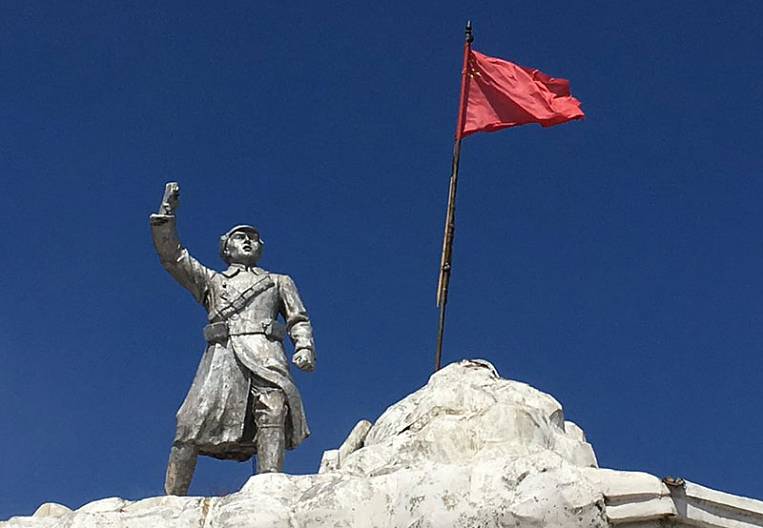 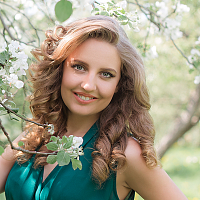 Red tourism is gaining momentum
All author's materials
Red tourism is one of the most important tourist destinations in China, closely connected with revolutionary history. The term itself appeared in 2004 year when creating the "National Plan for the Development of Red Tourism". After the approval of the program, 30 routes were created and 100 tourist sites were allocated.

Visiting objects associated with revolutionary history is encouraged by the Chinese Communist Party. For the last 10 years, with the support of the authorities, more than 4 billion tourist trips have been organized, and in each bookshop there are entire shelves of various guidebooks on this subject. However, the direction is only gaining momentum: in 2014, President Xi Jinping said that "It is necessary to effectively combine the population's interest in communist history and patriotic education, on the one hand, and the development of red tourism, on the other." As a result, almost $ 1 billion was allocated for the creation of new memorials, the reconstruction of historical sites and the development of 66 routes throughout the country.

Several years ago, "red tourism" appeared in Russia. The initiator of the creation of routes connected with the revolutionary history of the country was the Ulyanovsk Region, the birthplace of Vladimir Lenin. The first tourproduct for the Chinese market was introduced in 2013 year. Initially, the route included a visit to the historic homeland of Vladimir Lenin, but a year later the "red" theme received significant support and was added to the plan to implement the Strategy for the development of tourism in Russia until 2020. A key stimulus to the development of red tourism in Russia has been the multiple growth of the tourist flow from China, connected with the signing in 2006 of an intergovernmental agreement on visa-free group tourist trips, as well as devaluation of the ruble exchange rate.

Today, the classic "red route" in Russia unites places directly related to the life of Vladimir Ilyich: Ulyanovsk, Kazan, St. Petersburg and Moscow, where he, respectively, was born, studied, fought and finished his journey. At the same time, today, red tourism is the most understandable destination for Chinese tourists in Russia. Either way, objects of communist history are present in every round. Every year, the list of attractions is expanding, work is being done to prepare qualified guides and translators.

Many interesting objects for the Chinese audience are located on the territory of the Far East of Russia and the Baikal region. The immediate proximity to the border with China, the availability of checkpoints and arrangements for group visa-free travel, simplification of the visa regime in the territories of Free Ports - all this allows to multiply the flow of tourists from the Middle Kingdom, which, incidentally, is growing rapidly and in itself. Another significant advantage of the region is the general Soviet-Chinese struggle against the Japanese imperialists. Some travel agencies offer guests from China a "Dear Memory" route dedicated to the memory of Russian soldiers, Chinese and Korean guerrillas who fought for the liberation of northeastern China, southern Sakhalin, the Kuril Islands and the northern part of Korea from Japanese invaders in the middle of the 20th century.

At the same time, Vladivostok, Blagoveshchensk and Khabarovsk remain the most promising directions to the region. These cities account for the bulk of tourists from China. According to statistics from the Department of Tourism of the Primorsky Territory, the flow of foreign tourists who entered the region on a visa in 2016 amounted to 568 people, more than 164 thousand of them are guests from China. Vladivostok, by the way, is the third city in terms of the number of Chinese entering Russia. At the same time, in the first quarter of this year, the numbers continue to grow: according to the ministry, within the framework of the intergovernmental agreement between Russia and the PRC on visa-free group travel, 420 thousand Chinese entered Primorye (in 14, during the same period, the region received only 2016 thousand guests).

Statistics and cruise liners will complement - in 2017, the number of visits of large passenger ships in Primorye - 14 times - will be a record. The last record was set in the year of the APEC Summit in 2012, and compared to last year, the figure will grow threefold.

The key attractions that can attract red tourists in Vladivostok in addition to the well-known objects are monuments to Vladimir Lenin and the Fighters for the power of the Soviets in the Far East, a memorial complex on the Korabelnaya Embankment (Eternal Flame, the submarine S-56, the ship museum Red Pennant "), the former Chinese and Japanese quarters in Vladivostok, the military-historical fortification Museum Vladivostok fortress.

The growth of the tourist flow is also observed in Khabarovsk. In the Far Eastern capital and its environs, tourists from the Middle Kingdom may be interested in monuments related to the period of the Revolution and the Civil War, border conflicts of the late 1930-ies, as well as military operations in August 1945 on the adjacent territory against the militaristic Japan that occupied Manchuria.

The Amur Region has the most ambitious plans to increase the flow of tourists from China. Tourists from China visiting Blagoveshchensk enjoy visiting the Lenin monument, Victory Square, the river gunboat of the Second World War and the Mass Grave of 118 Soviet fighters who died in 1918-1922. The Vostochny cosmodrome located on the territory of the Amur Region may become a new landmark object, which, however, belongs to the new Russia.

Multiple growth of tourist traffic in the near future can be achieved through the construction of the Blagoveshchensk-Heihe bridge, which will be a landmark step in the development of the region’s transport infrastructure. Construction of the facility is scheduled for completion by 2019. In addition to the bridge, the Amur region is ready to build the world's first cross-border cable car through the Amur. At the same time, the region’s authorities believe that the number of tourists from China will increase to 2019 million per year.

Scheduled work aimed at the development and development of red tourism facilities in the Far East will allow maintaining high growth rates of the tourist flow, strengthening ties with Chinese tour operators and transport companies. The need for active work in this direction is also supported by objective realities: in 2017, Russia will celebrate the 100 anniversary of the October Revolution.

The round date, according to experts, will not only be an incentive for industry players to promote the Russian direction, but also a weighty argument for the Chinese audience. During the year a number of memorable events are planned in different cities of Russia, aimed at tourists from the Middle Kingdom, and on a direct anniversary in mass festive events will be held in Moscow and St. Petersburg.

In general, according to the forecasts of the experts of the Association of Tour Operators of Russia (ATOR), in the current year more Chinese tourists are expected on 10% than in the past. If we talk in numbers, according to the deputy head of Rosturism, Nikolay Korolev, according to the results of 2016, the number of tourists from China was about 1,29 million people. The Far East accounts for about half of these indicators, and the share of the region will grow every year.