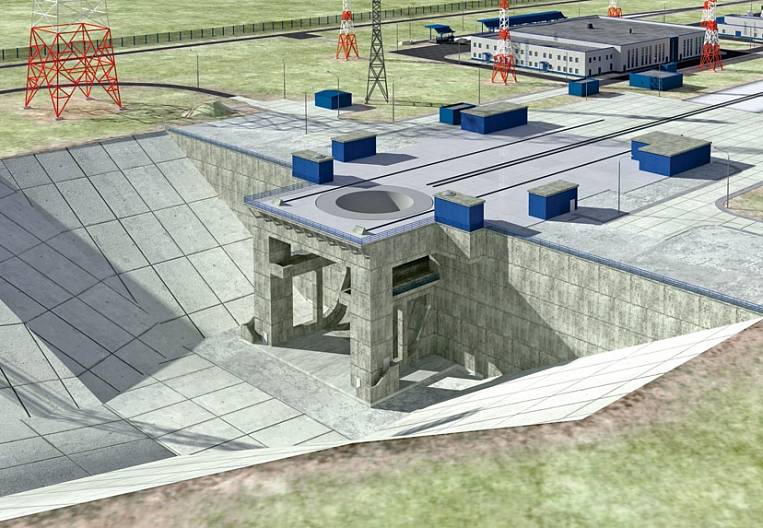 2 September, Russian President Vladimir Putin, during a working trip to the Urals, Siberia and the Far East, will visit the construction site of the cosmodrome in the Amur Region and hold a meeting on its development.

The actual construction of the new Russian cosmodrome in the Amur Region, after all the design and technical work, began in July 2012 in accordance with the decree of President Vladimir Putin of November 6, 2007 and the order of the Russian government of January 14, 2009. This place was chosen due to the favorable geographical location of the closed city of Uglegorsk, next to which the cosmodrome is being built: the relative proximity to the equator and the coast. The Amur Region is the optimal region for launching satellites into a sun-synchronous orbit. It is no coincidence that the second state test cosmodrome of the RF Ministry of Defense "Svobodny", founded in 1996, was located here earlier.

Today, according to the press service of the Federal Agency for Special Construction, which implements the project, the work on most facilities is conducted around the clock. Simultaneously with the construction work, technical equipment is being installed, which will be located in 26 premises. Also on the "East" is created a single assembly and testing building of a modular type. It will collect rockets of medium and heavy classes, will arrange zones for the preparation of spacecraft and the assembly of the space head and space rocket. "All structures undergo the strictest quality control, special demands are made to builders," the press service stressed.

The device of the main load-bearing and enclosing structures of the trans-board gallery has already been completed, the builders are finishing the work, installing the stained-glass windows, arranging internal networks, and supplying power to the structure. The assembling organizations established the production of the integrated assembly of the trans-bender unit, the rail track was transferred to the installation of the first equipment.

“The objects of industrial construction and operation base are in high degree of readiness: the finishing works in the premises of the fire station, the administrative building are being completed, the territory is being landscaped. The installation of the boiler room is also being carried out, the on-site engineering networks are being completed, ”they say in Spetsstroy of Russia.

The spaceport requires a developed transport infrastructure. Now the construction of 68 km of highways, 70,4 km of railways, 55,4 km of engineering networks, 30,8 km of electric networks, 4,5 km of fences is being completed. By November this year, the builders plan to complete earthworks and monolithic works on the main buildings and structures.

However, the most significant objects of the cosmodrome are the launch and technical complexes, on which the launch of rockets directly depends. The Soyuz-2 launch complex is being constructed at 25 main facilities, and the technical one at 30 buildings and structures. “At this stage, about 180 thousand cubic meters of concrete mixture were laid, 22,5 thousand tons of reinforcement were used, more than 16 thousand tons of metal structures were installed, while earthworks were carried out, one million nine hundred thousand cubic meters of soil were moved,” the press explains. service.

According to the "Spetsstroy of Russia", the cosmodrome is building 8743 rights, of which more than 7000 are working daily on the construction site, using 856 units of equipment. Personnel policy of the organization is aimed at attracting first of all the labor resources of the Amur Region and adjacent territories. "A good help to the special construction workers was the holding of the All-Russian student string" Cosmodrome Vostochny "- 2014", in which more than 500 children from different regions of the Russian Federation took part, "the press service noted.

For the future employees of the cosmodrome, next to the Uglegorsk specialists of Spetsstroy of Russia, it is necessary to build a residential city and all engineering and social infrastructure, and to equip the territory. The first stage of housing construction is planned to be completed by June of the year 2015, having built 1045 apartments for 3500 people residing. The total construction area of ​​the first stage will be more than 18 thousand square meters, the construction volume - almost 400 thousand cubic meters. This year it is planned to finish the construction of three houses for 228 apartments, the remaining nine houses, a kindergarten, an office building and social welfare facilities will be commissioned in 2015 year.

In the same 2015 at the Vostochny cosmodrome it is planned to start launching Soyuz-2 missiles - light and medium classes. The launch complex for heavy missiles "Angara-5" (with manned spacecraft) is expected to be built by 2018. The first stage of the cosmodrome construction cost the Russian budget 81 billion rubles. for the period up to 2015 for the infrastructure of the cosmodrome, another 92 billion rubles. allocated for space technologies within the framework of the federal space program. In total for the construction of a cosmodrome with an area of ​​700 square meters about 300 billion rubles will be spent.
Tags: Cosmodrome Vostochny Владимир Путин Priamure "Spetsstroy of Russia" "Soyuz-2" Uglegorsk 2015 year 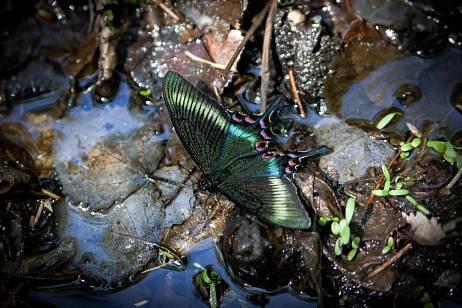