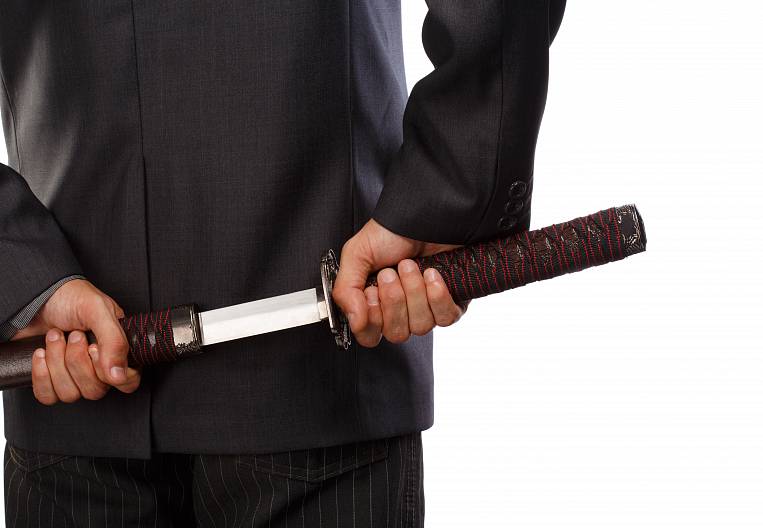 Corruption in Japanese
All author's materials

- According to the corruption perception index, Japan was in 2009th place in 18 (in 2013 - in the same place), the USA - 24 (19), Russia - 154 (127). Japan has signed the main international agreements on the fight against corruption, but one of them, the UN Convention against Corruption, has not yet been ratified.

After the Meiji revolution (3-I quarter of the 19 century), the Japanese socio-political system is being reconstructed in the Western manner. The problem of corruption is more clearly defined.

In my opinion, in modern Japan, beginning with the post-war period, the conditions that give rise to corruption are, first, the leading role of the state in the economy, and secondly, the specifics of the civil service in Japan (which is devoted to a lot of work in the domestic Japan), thirdly, the peculiarities of the political struggle and the course of election campaigns, as well as the monopoly of the Liberal Democratic Party (1955-1993), which led to the formation of special relations between the deputies of this party and businessmen and the rank vnikami.

Let's start with the leading role of the state in the economy - a matter that has been thoroughly studied in domestic and foreign Japan. The postwar reconstruction of Japan and the Japanese economic miracle took place with the direct directing participation of the state. In many cases, it acted not even with the help of laws, but with the help of informal leadership and / or intervention. A characteristic feature of this intervention is the issuance of a large number of permits and licenses, in connection with which the business is very dependent on the state. Until the nineties of the twentieth century, officials influenced business not through written orders, but through oral directives, and this was a common practice, which led to the formation of special relations between businessmen and officials. Thus, a spike of bureaucracy and business was formed.

The Japanese system of civil service implies a slow advancement on the career ladder and a rather early retirement - about 50 years. It is usually said that this is another factor in corruption. Early departure from service implies a device elsewhere after the end of a career. Therefore, officials establish relations with the management of firms they supervise, which then attach them to good places - advisers or deputy leaders.

This transition from civil service to work in private companies is called amakudari. Literal translation - "descent from heaven". Heaven means public service. Some experts believe that this system, on the contrary, protects against corruption - the future transition forces the official to behave with restraint and in accordance with the laws. Other experts call it a breeding ground for corruption. Until recently, this transition was not viewed as a negative phenomenon, since the salary level of civil servants is 30-50% lower than that of employees of private companies, and, accordingly, amakudari is seen as a fair remuneration for the hardships of service.

In Japan, the conduct of the election campaign, of course, is a costly process, which brings the base to create a special relationship between candidates for a mandate in parliament and private business or even the yakuza (the Japanese mafia). The winning candidate grants rewards to sponsoring companies in various ways, for example, pressure on officials to obtain profitable orders for the company that sponsored his election. And this is directly related to the previous thesis about the state's influence on the economy, which together creates the ground for corruption.

The collusion between applicants for an order and officials is a common thing. There are so-called "iron triangles" - bureaucracy, politicians and private entrepreneurs. And this system was created precisely during the domination of the Liberal Democratic Party in the political arena.

The forms of bribes are, as a rule, "kickbacks"; There is a practice of giving bribes also not in the form of monetary offerings, but in the form of granting membership in elite clubs, paying visits to expensive restaurants and bars and other services.

The ways of fighting corruption in Japan are as follows. The first is the restriction of "amakoudari" (during the reign of Prime Minister Shinzo Abe, a law restricting this process was adopted, although the ban is bypassed by settling into the near-government funds, and then going into private business), the second - control over all expenses over 100 dollars or 10000 yen during election campaigns (from 2008 year) - documents on all expenses exceeding this amount should be transferred to the controlling bodies, and costs below this threshold should be preserved and presented at the first request.

Also, in order to create anti-corruption transparency in 2001, a law on disclosure of information was promulgated, guaranteeing citizens access to data held by government agencies. Appeal against the actions of officials can be filed by any citizen, if the government or institution refuses to disclose the requested data. A citizen of another state may require disclosure of information. Nevertheless, there is information that, even according to this law, it is prohibited to publish.

Corruption violations of the law lead to sanctions against both the provider and recipient party. This also applies to intermediaries. The punishment for abuse of authority is a prison term of up to two years. For a false accusation also follows the punishment.

All corruption scandals in Japan have a great influence on the political struggle. The frequent appearance of corruption scandals in the press is a real sign that a sufficiently effective fight is being waged against corruption. Politicians and bureaucrats who have stained themselves with corruption are paying the price with at least prestige and their posts. However, this does not mean that the level of corruption is high, but indicates precisely efficiency.

Author: Candidate of Historical Sciences, Research Fellow at the Institute of Oriental Studies of the Russian Academy of Sciences Svyatoslav Polhov.

The material was prepared on the basis of a report from the HSE round table “Japan’s Experience in the Fight against Corruption. What is more important, personal enrichment or a good name? "