According to the German publication Deutsche Welle, citing representatives of specialized trade unions, approximately 100 thousand sailors around the world can not leave their ships due to the spreading coronavirus. Among the workers of the industry there were many residents of the Far East who go through domestic and international territorial waters. Against the backdrop of the growth of coronovirus infection, some have to renew their contracts, others remain on the beach without work, waiting for a pandemic to decline. 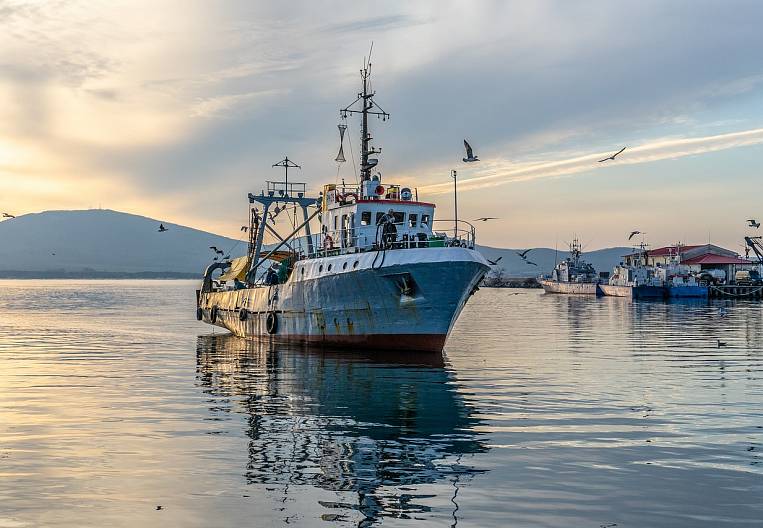 Shipping companies based in the Russian Far East are experiencing a number of difficulties in connection with the epidemic. The change of crews on cargo and fishing vessels is still underway as usual, however, enterprises incur losses due to the introduction of mandatory quarantine requirements.

Director of Public Relations of the Far Eastern Fisherman Management Company Sergey Sukhanov said that the demand for cargo transportation in the country has now decreased due to the worsening economic situation. At the same time, shipping companies incur losses when the ship returns to Russia after calling at the ports of Asian countries.

“Not only has our demand decreased, we have also introduced new sanitary rules because of the coronavirus,” says Sergey Sukhanov. - If the ship came from Korea, for example, and it needs to dock with the miner, then we have to idle for about a week off the coast. The fact is that two weeks must pass after entering the Russian port, and the journey from Busan or Dalian takes about seven days. Entering the Russian port, we must carry out sanitation, then pick up the border inspector on board and go with him to the fishery. For a ship with a carrying capacity of seven thousand tons, these seven days of downtime cost about one to two million rubles - the money goes to fuel. ”

Like many shipowning companies, FESCO faced serious difficulties in replacing and writing off crews abroad. In Southeast Asia, the region where most of the shipments are transported by the company, the authorities have imposed a complete ban on crew members from ashore. Under these conditions, FESCO is forced to renew the contracts of seafarers working on ships in long-term charters without calling at Russian ports.

“The impossibility of changing the crew leads not only to overwork and increased labor costs for seafarers, but also to additional physical and psycho-emotional stress on crew members, which, as a result, may negatively affect the safety of the crew and the vessel as a whole,” notes the director of the FESCO branch in Vladivostok Igor Sharkov.

According to him, FESCO was unable to deliver its crew to accept the new vessel in the port of Singapore, as a result the company had to incur additional costs for hiring seafarers from the selling company.

“To date, the problem has touched not only Russian shipowners, it has reached a level that requires intervention from the International Maritime Organization,” says Igor Sharkov.

All the Far Eastern representatives of the industry did not experience severe difficulties associated with quarantine; there are those who work in the previous regime. So the director of the PTR shipping company, based on Kamchatka, Yevgeny Grigoryev notes that a crew change is not yet planned in their company.

“Our entire fleet is now at sea, and therefore we have not encountered similar problems. We also do not feel the need to change the crew. All communications abroad take place remotely, and team members, if necessary, work in protective suits, ”said Yevgeny Grigoryev.

There were even pluses in the current situation - thanks to currency fluctuations, shipowners working with export began to earn more. All settlements with foreign counterparties are carried out in foreign currency, so the growth of the industry dollar is at hand.

The senior assistant to the captain, Konstantin Morev, is now part of the crew of a ship chartered by a Colombian company to transport cargo to Venezuela. In connection with the pandemic, the shipowner extended the contract with the crew for another four months.

“Of course, to some extent it is not easy because I cannot return home to Vladivostok. But, I have the opportunity to earn more, she should take advantage especially now in a crisis. I know that now German shipowners extend their contracts up to 14 months, ”said the assistant captain.

He also noted that those who remained ashore and could not change were in a difficult position.

“Some members of the staff receive payments from large companies and have permanent contracts. But, now they can be deprived of these payments due to force majeure circumstances. When these people get a job, neither the state nor the shipowners can say, no one at all. A sailor is a very vulnerable and unprotected profession, ”said Konstantin Morev.

According to him, the sailors who work on tankers and passenger ships were most affected. Vessels carrying cars also came under attack - the customer's demand for the car has fallen dramatically, and this volume of traffic is not needed now. In the previous mode, refrigerators operate that transport food, and food is always in demand, even in times of crisis.

Hudson’s deputy fleet director Oleg Anikin explained how the terms of seafarers' employment contracts, which cannot change in the coming months, will change.

“All contracts are now extended according to the international maritime convention. According to this document, in connection with the epidemiological situation, the flight may last for four to six months. Therefore, now contracts are automatically extended for up to 11 months, ”the representative of the shipping company explained.

Petr Kostyanov, a ship agent for Interrybflot, said that now all shipping companies are required to follow the requirements of Rospotrebnadzor.

“If there is a change of crew, then people are given an order that they are obliged to stay in quarantine at the place of residence for two weeks. This applies to all those who flew from abroad, ”said the specialist.

According to him, due to the difficult epidemiological situation, now on each vessel a medical officer is appointed from among the crew members. He monitors the health of the crew and compiles the thermometry of the team. If there is an employee on the vessel who suspects a coronavirus, they will isolate him from other crew members. Information about the infected is transferred to the shipping department of the shipping company, and the patient is given for treatment at the nearest port.

“Now the situation is really that thousands of people cannot change and fly home. Especially tense situation in the most focal countries - the USA, Canada, Italy. A person simply can not go ashore will go to the airport and fly away. It’s worth literally stepping ashore for a minute, port workers immediately demand that he return on board and immediately carry out disinfection. However, all work is going on as usual. No one can prohibit the departure and arrival of a ship. The port is a large transport artery, a huge number of ships pass there and all this cannot be stopped, ”adds Pyotr Kostyanov.

An employee of the Hudson company notes that vessels continue to sail to international destinations - to South Korea, Japan, and China. However, due to the fact that team members cannot go ashore, all working issues with representatives of foreign companies and departments are resolved remotely. At the same time, Far Easterners do not have problems with unloading at foreign ports.

“In foreign ports - Dalian, Busan, Singapore, there is a prohibition on going ashore for foreign sailors. At the same time, Chinese ports were open even when the country was completely quarantined. But, we carry fish, and this is a food product, besides perishable, therefore, we never had problems with unloading, ”the specialist concluded.