Coronavirus sneaks up on the economy

The spread of coronavirus can lead to a reduction in trade between Russia and China. According to experts, this will happen if the quarantine at the border lasts more than three weeks. Losses of the economy for the first quarter of the year can reach 0,2%. At the same time, the business in the Far East will feel the impact more tangibly than others. 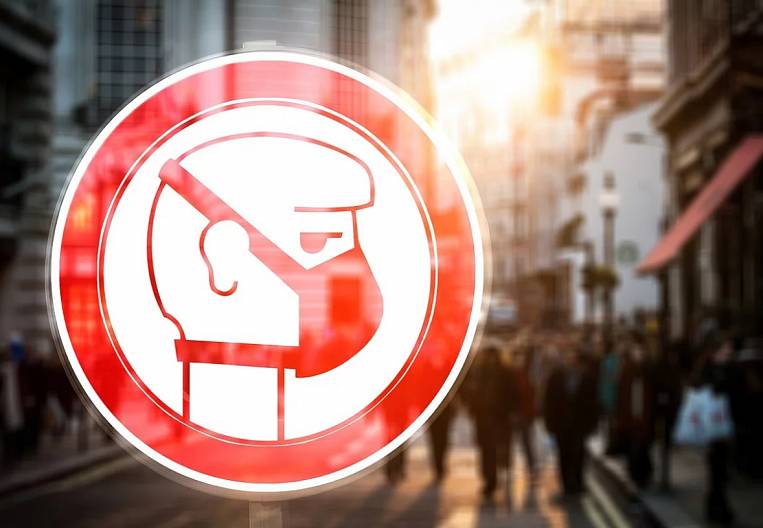 Business is waiting for consequences

Russia has closed 16 border checkpoints with China. Almost all of them are located in the Far East. Deputy Prime Minister and Presidential Envoy to the Far Eastern Federal District Yuri Trutnev assured that coronavirus is not a threat to the Russian economy, however, Moody's analysts predict pandemics from the Celestial Empire of the infamous “Spanish woman”, who killed more than 20 million people in the early 50th century. Experts have already called coronavirus infection (2019-nCoV) a new “black swan”, in which they see a force that can damage the global economy, an order of magnitude more powerful than the 2008 mortgage crisis.

Coronavirus has not led to a sharp decline in world prices for industrial metals, wood, hydrocarbons. According to the Russian Export Center, China is the main importer of Russian non-primary non-energy products, after 11 months of 2019, the volume of non-primary non-energy exports (NOE) to China amounted to $ 12,52 billion. Mostly lumber, turbo engines and gas turbines, as well as frozen fish were brought to China. China also exported potash fertilizers, meat and poultry offal from sunflower oil and crustaceans from Russia.

One of the first losses declared by the Far Eastern fishery. They reported. That due to lower demand for crabs in China, at least $ 80 million in revenue may be missed in the first quarter of this year. And all because because of the epidemic, the Chinese do not go to restaurants and do not order this delicacy there.

The economy of the Far East is strongly tied to trade with the Middle Kingdom. The head of the DNS Digital Store, Dmitry Alekseev, believes that the situation with coronavirus will not go unnoticed by a number of business representatives.

“Obviously, enterprises that are highly integrated in their work with China may suffer from border closures. We work minimally across the land border, the bulk of the shipments are by sea, because we are talking about large consignments. Some inconvenience is caused by the extension of a week of New Year holidays in China in connection with the introduction of quarantine. This somewhat slows down production plans, but I hope this situation will not have a serious negative impact on business processes, ”said Dmitry Alekseev.

Timber industrialists believe that the problems with timber export and rising prices for it are mostly associated not with coronavirus, but with a number of other factors.

“Timber shipments are carried out as usual, although of course there were minor malfunctions. Of course, we observe a slight decrease in volume, but this is also connected with the New Year holidays in the PRC, as well as with the tightening of phytosanitary norms introduced since January 23. New phytosanitary certificates are now required from exporters of forests, which are still problematic to obtain from the Roselkhoznadzor. In principle, we ship quite a large amount of timber by sea - this is about 50% of the total timber export, the remaining 50% goes through road and rail crossings. Coronavirus is one of the factors in increasing wood prices, but far from the main one, ”commented Pavel Korchagin, Director General of the Primorsky Association of Timber Industrialists and Exporters of PALEX Forest.

But those who do not see any reason for concern so far are beekeepers who have been successfully supplying their product to China for several years.

“It is too early to draw any conclusions about how this situation will affect the supply of honey to China. All stocks were sold out before the New Year, and new deliveries will begin closer to the summer. The consequences for the industry can be unpleasant if the borders are closed for a long time, - said the chairman of the Union of beekeepers of Primorye Ramil Yenikeev.

The representatives of the tourism industry were the first to calculate losses: they had to take tourists out, give money for tickets purchased in the high season, and offer tourists other directions. The coronavirus has not yet had a special effect on the inlet flow; the main blow in this area is expected later.

“The current situation will in any case reduce the turnover of the tourist industry in the first quarter of the year,” said Vladimir Schur, head of the Primorsky Territory Tourism Agency.

According to Tatiana Solodovnikova, commercial director of the Biletur network, the tourism industry is now seriously affected by the closure of borders. However, the losses for inbound tourism are not serious - the high season in Russia will begin closer to April.

As for outbound tourism, according to the Frigate Aero travel agency, in 2019, China and South Korea accounted for up to 80% of the outbound tourist flow from Primorye. The number of trips to China from the region increased by 60,7% and reached 292,8 thousand.

“Of course, in connection with the recent events, the closure of road crossings and the decision of the Ministry of Transport of the Russian Federation to limit flights to China, coastal travel companies have something to worry about. Moreover, even travel requests to Thailand were reduced. But you can always "turn your head" in another direction - to the west. Direct flights to Turkey, European cruises are alternative leisure options for Primorye, ”said Sergey Alekseev, director of the Frigate Aero travel agency.


Representatives of the industry hope that by April the situation will fully stabilize, and tourists who planned to spend the May holidays and summer vacations in China will realize their vouchers.


Transit passengers who were supposed to return from Southeast Asian countries via Hong Kong, Beijing, and Shanghai were affected by the closure of the borders. Now they have to make forced returns and issue tickets for flights to Russia via Seoul, Tokyo. Direct flights with China are carried out only by Aeroflot and only to Moscow. You can return to the country through bus checkpoints, but this option is not suitable for everyone.

“The closure of the borders with China in general negatively affected the business, and especially the tourism industry,” said Valentina Aseeva, director of the Far Eastern Regional Branch of the Russian Union of Travel Industry. - In the Far East, there are a lot of joint business, educational and cultural projects with China. Because of the quarantine, students cannot fly to study in China, and employees of enterprises have to move business trips to this country. One of the most acceptable holiday resort options for residents of the region was Hainan Island, it is also called Chinese Hawaii - now it is inaccessible to Russians. "

Coronavirus hit the wallets of ordinary residents of the Far Eastern Federal District. In many regions, they are witnessing a surge in prices for vegetables and fruits.

“Prices for fruits and vegetables have almost doubled,” resident Birobidzhan Lyudmila Ivanova complains. - On Sunday, February 2, nothing was already on the shelves. Now something has begun to appear, but the prices are terrifying. "

Trade networks are trying to replace Chinese vegetables and fruits with products from Azerbaijan, Turkey and other regions of Russia, however, such substitutes are too expensive, for example, cucumbers from Azerbaijan in the large trading network in Khabarovsk sell for 799 rubles, and before - for 599 rubles.

At the end of January, logisticians noted the accumulation of freight trucks on the border of Primorye and China, recently opened the border for them, vegetables appeared at regional stores in affordable prices.

“Cargo transportation is carried out as usual. There were no particular problems with sending by train, there were difficulties with road transport. From February 2, trucks began to be released from China. In general, China is now facing serious problems with domestic delivery, ”said Mikhail Baranov, director of the company specializing in cargo transportation.