Coronavirus is not a hindrance: in the Amur region roads are made on the national project

The coronavirus epidemic made undesirable adjustments to the implementation of a number of federal programs included in national projects. At a regular meeting with the government on May 19, Vladimir Putin already announced that all the tasks planned in this direction in 2020 will not be possible to fulfill: money needs to be directed to more important goals, including restoring the economy in the country. The redistribution of the budget will require corrections in the initiatives already launched: in particular, information appeared on the sidelines of the Cabinet of Ministers on the suspension of the construction of new roads. Nevertheless, while the regions continue to work according to the schedules outlined at the beginning of the year, the Amur Region was no exception. 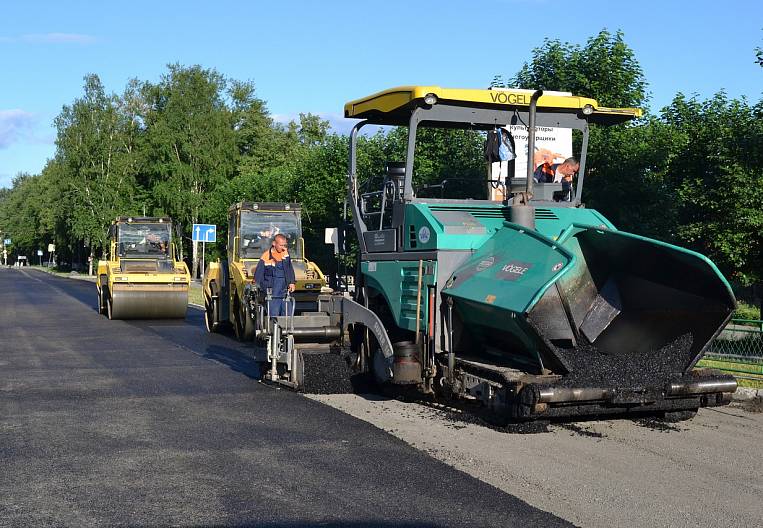 The second year of participation in the national project brought Amur large-scale plans and a huge amount of work. According to the Ministry of Transport and Roads of the Amur Region, over six years of participation in the national project “Safe and High-Quality Roads”, the share of regional routes that comply with federal regulations will increase from 75,7% to 76,8%.

The share of spending for these purposes from the federal and regional budgets is recounted every year, and in 2020 will amount to about 1,4 billion rubles. At the same time, 720,6 million will be spent on expanding the video surveillance system, including the installation of stationary cameras for photo and video recording of traffic violations on highways of all levels. These measures help to significantly reduce the accident rate on the roads.

Another 667 million this year will go directly to repair and restore the road network: 405 million will be provided by the federal treasury, another 262 million will be allocated from the Amur Region from its own funds. The general plan, which the regional authorities announced for 2020, provides for 17,5 km of tracks - 14 sections will be put in order before the onset of winter. At the same time, the main attention will be paid to the highways of the Blagoveshchensk agglomeration - the regional capital received 598 million rubles for these purposes, and part of the work is already in full swing.

ROADS FOR THE CAPITAL

In Blagoveshchensk, meter-by-meter meter reconstruction is continuing. In the capital of the Amur Region, repair of Kalinin Street is in full swing - one of the main roads connecting the city center with the microdistrict. Since April 28, road services have been working together with municipal organizations: along with the transformation of the roadway, they are changing sections of the thermal communications network. Before the next heating season, the city authorities have more than three months. In order not to create traffic interference, local authorities partially blocked the highway for the movement of all types of vehicles.

“In the area of ​​the crossroads of Kalinin and Proletarskaya, an integrated approach to repairing the highway is being applied - these are both networks and road works. According to the technology of work, at this stage it is necessary to completely overlap the city highway. This will allow us to efficiently and promptly complete the entire amount of work on time, ”explained Oleg Imameev, First Deputy Head of the Blagoveshchensk Administration.

The finished work will be handed over in three stages. The main sections of the Amurstroy Road Construction Company, acting as the main contractor, will be repaired during the summer.

On May 5, the contractor StroyUyut LLC began repairing the bypass road from the microdistrict to the center of Blagoveshchensk - Nagornaya Street. The roadway was expanded on this site, now experts are laying gravel and sand cover and equipping the drainage system. By the end of May, the road service promises to fully commission the facility - free movement along Nagornaya is necessary due to the fact that the bridge structure is being repaired on Zagorodnaya Street.

These works were also funded by the national project “Safe and High-Quality Roads”. On May 13, another company began repairing a section of the carriageway of Teplichnaya Street - about 500 meters of the road will be put in order. The renewed site will be commissioned at the end of October, and immediately after that the contractor will begin to reconstruct the section from Voronkov Street to Ignatyevskoye Highway. In addition, in Blagoveshchensk this year, sections of Zelenaya and Polytechnic streets will be repaired, as well as entrances to four medical institutions.

Reconstruction of roads is also ongoing in other municipalities of the Amur Region. In Blagoveshchensk district, repair work has already begun at once on two streets of the village of Chigiri - Chigirinskaya and Central. In the village of Ust-Ivanovka, until the end of October, Novaya Street will be repaired - it leads to a recently commissioned kindergarten. Almost 250 million rubles were allocated for these purposes from the general expenditure plan for 2020.

In Tynda, road repair will begin in June, where overhaul will take place on two km of city roads, and will also affect about one km of sidewalks. Also, the regional government will continue to work on intercity highways, including on the way to Svobodny, where this year they will hand over a long stretch of about six km. The sections of the route connecting Blagoveshchensk and Gomelevka will also be put in order. The authorities plan to complete the bulk of the work under the national project in early September, by the new school year.

The special attention of the Government of the Amur Region is now focused on the situation with the automobile bridge over the Zeya River. Due to damage to the slabs and load-bearing supports, on April 26, both freight and passenger vehicles were suspended on it. The overpass, built in 1981, is the only thread directly connecting Blagoveshchensk with the federal road network - an alternative route through Svobodny adds about 300 km to the path.

The very next day, April 27, the Governor of the Amur Region Vasily Orlov at a meeting of the Government of the Russian Federation announced the incident to President Vladimir Putin.

“On April 26, on the road bridge over Zeya in Blagoveshchensk, the supporting part of the roadway slab was destroyed, which resulted in a ban on the movement of vehicles weighing over 3,5 tons and the organization of reverse traffic in one lane. Traffic jams form. An operational survey of the emergency site is underway, a technical solution for recovery is being prepared. Estimated duration of the repair will be from 20 to 30 days, the preliminary cost is 20 million rubles. Overhaul of the bridge is planned for August 2020, and preparation of project documentation is currently underway, ”Orlov announced then.

The head of state instructed to repair the bridge as soon as possible. Financing the construction of a new overpass has been shifted by a year - the Minister of Finance of Russia Anton Siluanov is in charge of monitoring this issue. The contract for the construction of a transport overpass through Zeya, with a total value of 19,8 billion rubles, was originally designed for 2021-2024, but the current critical situation became an occasion to expedite the project: no one will guarantee that a construction with a 40-year history will not collapse in another place.

As part of the Safe and High-Quality Roads National Project, money has already been allocated to prepare for the construction of a new bridge - USK Most, which has recently built a crossing over the Amur River, connecting the borders of Russia and China for cars, will work on the site. She is now repairing the first span of the bridge across the Zeya, where defects were found. Regional Transport Minister Alexander Zelenin noted that the incident forced to accelerate the overhaul of the structure.

“There is a direct instruction from the president to finance the overhaul, and we understand that this year we must begin the overhaul of the bridge,” the minister said.

By September 1, it is necessary to complete the production of project documentation and get a state examination for the overhaul of the old bridge. The preliminary cost of these works will be two billion rubles.

“Now everything will depend on how many contractors working in the Amur Region will be able to master this year,” the head of the Amur region said.

They plan to start work this year, with the help of the federal Ministry of Transport. The department is also actively considering the allocation of five billion rubles this year for the Amur Region in order to begin construction of a new bridge over Zeya. At the same time, 300 million of the two billion that the region requested for restoration of roads after the flood have already been allocated in the Amur Region.