On the eve of the Governor of the Primorsky Territory, Oleg Kozhemyako, during a meeting of the President of Russia with the heads of regions, came up with an initiative to restrict the admission of foreign citizens to flights within the country. He proposed to the Ministry of Transport from April 9 to temporarily prohibit the registration of foreign citizens traveling from Moscow or other cities in transit through Vladivostok. “Otherwise, we simply won't be able to cope with the flow of Chinese citizens,” said Oleg Kozhemyako. 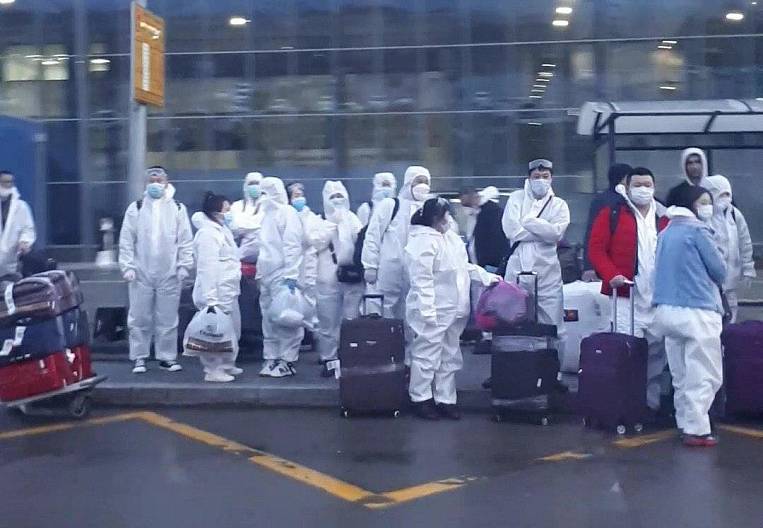 Photo: Government of Primorsky Krai
On the meeting’s air, the governor showed the president photographs of people in protective suits, hoods and masks on board flights from Moscow to Vladivostok. According to him, the situation with transit passengers - citizens of China - is of serious concern to citizens. Moreover, according to the governor, from April 29 to 6, 1 Chinese citizens passed through Primorye. And already in China, 947 of them had a convirus infection, which was the reason for the closure of border checkpoints by the Chinese side, including for their citizens.


MARCH ON INFECTION
As of Thursday morning, April 9, in the Chinese city of Suifenhe, Heilongjiang Province (the nearest city to Vladivostok isRome. East russia) 127 cases of coronavirus infection were detected in Chinese citizens who returned from Moscow in transit through Vladivostok on March 30.

According to the Consulate General of Russia in Harbin, which cite statistics from local authorities, over the past 40 hours in Heilongjiang Province 19 new confirmed cases of COVID-39 infection were detected in Chinese citizens who had arrived from abroad. All of them arrived from Russia over the past ten days, 127 - through the border checkpoint - Suifenhe, one - through the checkpoint Poltavka - Duning. Thus, to date, the total number of entry of coronavirus infection into the province has become XNUMX.

This time, China is already closing its land borders, citing the fact that infection is coming from Russia to the territory of the state. From April 8, from 20:00, passenger traffic through the checkpoint on the Russian-Chinese border of Manchuria-Zabaykalsk is temporarily suspended. This passage was the last on which there was a passenger service between Russia and China. Now the Consulate General is waiting for clarification from the Chinese side.

Against this background, the situation in Primorye, to put it mildly, is not simple - arriving Chinese citizens, unable to move further abroad, accumulate in the region. All of them are sent under observation to the observatory. And after it turned out that one of the infected people was in contact with the local diaspora, a whole Chinese market in Ussuriysk was quarantined, another 330 people were placed under surveillance.

The Chinese arrive in Primorye with flights with Russian passengers, buying tickets for Aeroflot's regular flights. Why is the route like this, after all, Aeroflot's flights fly to Shanghai and Beijing (in particular, at the time of writing, Flightradar24 fixed the national carrier’s planes in the sky on the corresponding routes)? Who came up with the transportation scheme, which as a result crashed, resting in a closed barrier on the Chinese border?


GROUP IN SPECIAL SUITS
At the beginning of the month, a video was published on the Telegram channel of the Primorye government, which shows how about 20 people in white protective suits and masks with suitcases are standing at a bus stop near the Vladivostok airport building. It was noted that the group arrived by flight from Moscow and sent to China through a car checkpoint. It was also specified that the evacuation of Chinese citizens to their homeland is carried out in Primorye daily.

On April 2, a whole story was broadcast on Rossiya-24 about the return of Chinese citizens to their homeland from Moscow in transit through Vladivostok. The footage shows how Chinese citizens in white protective suits and masks occupy seats in the airplane cabin, where other passengers are sitting.

“We have been evacuating since February. We have established work on checking documents, processing buses, compiling lists, ”the representative of the carrier company Rostrans-Primorye said in the story. It was noted that the carrier carries the Chinese to the other side of the border, and the Russians from China - to Primorye.

At that time, there was still no information that among the arriving citizens of the PRC there were those infected with coronavirus. The plot of "Russia-24" focused on ensuring the safety of transportation, meticulous organization of logistics. However, after news began to arrive that there were not one, not two, but several dozen infected, everyone was silent at once. At Rostrans-Primorye, EastRussia did not answer the question of who is the transportation customer, whether Chinese citizens travel in an organized group or on their own.

“On the phone, I don’t know who I'm talking to, and why you will find out. When Russia 24 came to us, they called us from the regional administration before this, ”said Alexander Denisov, deputy director of the company.

The press service of the Government of Primorye said that the regional Ministry of Transport does not have information about who is the organizer of the transit traffic of Chinese citizens returning to their homeland from Moscow via Vladivostok. At the same time, they noted that in this way individual citizens return, not an organized group.

The agency failed to get a comment from the Chinese side. At the same time, a source in law enforcement agencies said that the local diplomatic mission was not related to this scheme and suggested that the Chinese diaspora itself organized a transfer.

“There is a handwriting throughout this story that is familiar from the work of Chinese tour operators in Russia,” notes one expert interviewed by EastRussia. - This is not an intergovernmental humanitarian mission, but an obvious business scheme with well-built logistics. Moreover, all issues were resolved on the Russian side, and problems arose on the Chinese side, which the Primorsky Territory now has to deal with. ”
Tags: coronavirus Primorye China Kozhemyako Putin 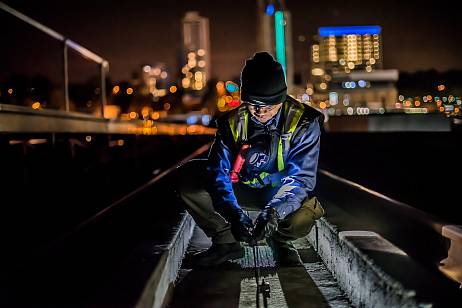