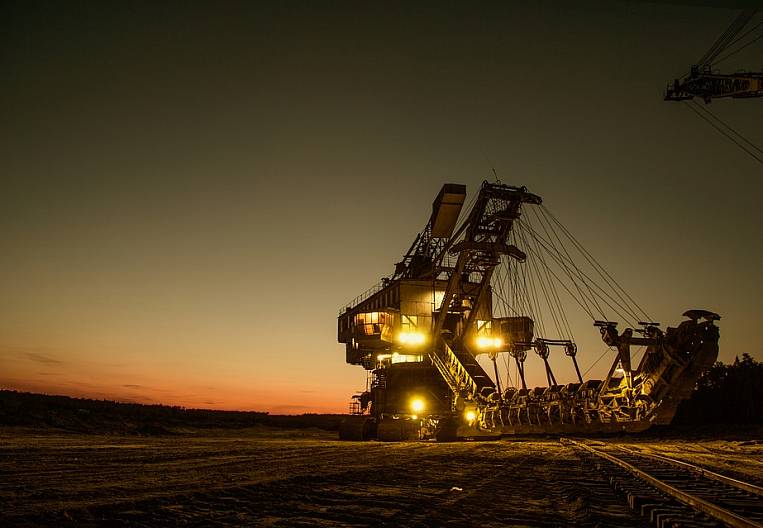 “I have read so many reports of the governors-general of Siberia and I must admit with sadness and shame that the government has so far done almost nothing to satisfy the needs of this rich but neglected region. And it’s time, it’s time, ”the Count A.I. Ignatieff Emperor Alexander III.

"Time" did not come for a very long time. The “wild steppes” of Transbaikalia were in no hurry to develop and improve either under the tsar or after the advent of Soviet power. Some revival began only in the 1960-1980 of the year when Transbaikalia was developed according to a "balanced plan." It was then that large-scale production facilities, state district power plants were built, the Kharanorsk coal mine and other enterprises began work. People got a job and began to live better, good schools appeared in the region, "landing" of high-class specialists landed ... Unfortunately, perestroika times, the collapse of the Union, the dashing 90 and the poor 2000 with their crises and defaults put an end to most hopes . Entire industries collapsed, and the real sector in the first place.

Now in Transbaikalia they are struggling with the consequences of all the crises combined. The “turning point” was the recent accession to the Far Eastern Federal District, which gives the regions the opportunity to use new economic mechanisms and incentives. However, the focus is not simply on “disbursement of funds,” but on the choice of strategic priorities. To earn money for further development on our own and to depend less and less on the financial support of the center.

Acting Governor of Transbaikalia, Alexander Osipov claims: "It is important not only to deal with problems, but also to develop the region." The head of the region considers participation in national projects to be the first of the priorities. At the same time, he says, “the features of the Far East are added to the possibilities within the framework of national projects. We want to make very active use of all Far Eastern instruments of both a social and economic nature. ” First of all, it is planned to take into account the natural competitive advantages that the region has in comparison with other regions of Russia.

The most obvious advantages in Transbaikalia are two. The first lies in its land, the second - passes along its surface in the form of state and inter-regional borders. These are reserves of natural raw materials and geographical location. The region has huge deposits of minerals, on its territory there are deposits of coal, copper, gold, uranium, silver, rare metals and almost the entire periodic table. Over the past ten years, the mining industry, to which more than 50% of the industrial potential of the region belongs, has begun to develop more intensively, new enterprises of the mining complex have appeared. Five-year industry growth - 106,3% - is a major success.

Interest in the resources of Transbaikalia was shown by large investors. This is, in particular, the Baikal Mining Company (BGK), owned by USM holding Alisher Usmanov, which is developing the Udokan copper deposit and building a mining and metallurgical plant there (total investment is more than 200 billion rubles). In 2017, Norilsk Nickel built the Bystrinsky GOK on a deposit of copper, gold and iron. The first batch of copper concentrate has already been exported to China. SUEK (“Siberian Coal Energy Company”), one of the largest coal mining holdings in Russia, is present in the region as an investor. Rosatom Corporation is developing at No. 6 Mine in Krasnokamensk, which was formerly called the "uranium capital of the country." The investment project provides for an investment of about 30 billion rubles.

Powerful infrastructure projects - the construction of a railway to the Udokan field and new power lines, the modernization of federal and regional routes, the creation of a transport network for the development of mineral resources in the entire southeast of the region - are implemented on the basis of public-private partnerships, and quite dynamically and intensively .

Investors are of great interest to the TOP system (territories of advanced development), which will be located in eight areas at once in Transbaikalia. Including in deposits of coal, copper, gold, nickel, zinc and other minerals in various regions of the region. It is assumed that projects in the field of mining and processing industry will provide the region with an influx of funds, both in the form of investments and in the form of tax revenues to the budget.

V. Oorzhak, Ph.D. in Economics, senior researcher at the Tuva Institute for the Integrated Development of Natural Resources of the Siberian Branch of the Russian Academy of Sciences, in his article published in the journal Economic Research and Development, proves with numbers in his hands: the mineral and raw material potential of Transbaikalia will determine for a very long time His specialization is in the implementation of large infrastructure and resource projects. At the same time, the development of mining and processing industries will “pull up” other sectors as well, such as the production and maintenance of heavy equipment for mining, equipment for metalworking, diesel locomotives, building materials, etc.

However, it is necessary to take into account: many of the economic problems of Transbaikalia today are due to the fact that for decades in the region there were almost no market mechanisms for stimulating production, and enterprises were mentally and physically old. According to the head of the region, Alexander Osipov, now it is necessary to “reset the policy of attracting investors”, to bet on high-tech modern production.

The second important advantage that the Trans-Baikal Territory stands out among other Far Eastern regions is its geographical location.

“We are such a point, the gateway between the Far East and the rest of the country. At the same time, the point is very saturated with riches and minerals, ”Alexander Osipov explains.

The length of the state border of Transbaikalia with China is 1064 km, with Mongolia - 863 km. The nearest Russian neighbors are Amur and Irkutsk regions, Buryatia and Yakutia. The BAM, Trans-Siberian routes, the Chur - Khabarovsk and Chita - Zabaikalsk - Amur routes, major highways of federal and regional significance pass through the territory of the region.

In fact, the region is at a busy “crossroads”, and this allows it to develop cross-border cooperation and trade. He has been fulfilling this role for more than a century. Neighborhood with China is extremely beneficial for the region, although, according to its leaders, the great potential is not used in the best way. Efforts will be made to improve the situation. On the territory of Transbaikalia, there are quite a lot of checkpoints across the border, and this allows you to establish communication with well-developed provinces of the PRC and increase the turnover of border trade. Chinese partners willingly place their business in the territory of the region, show interest in TOR. The development of the tourism sector, including sports, environmental, pilgrimage trips, has good prospects.

Mogoytuy Industrial Park operates in Transbaikalia, which is located less than 300 km from the largest land port of China - Manchuria. It has a well-developed infrastructure and access roads; at least two thirds of the total land turnover between Russia and China passes through a nearby checkpoint. Other checkpoints work quite intensively. Their capabilities are planned to be used to a much greater extent than is done now.

In this regard, it is impossible not to say about the third competitive advantage, without which it would be impossible to use the first two. The authorities of Transbaikalia are now doing everything possible to remove unnecessary administrative barriers to investors, to facilitate their path to the region. A progressive regulatory framework has been created that defines a system of measures of state support to investors and benefits for business. The Territory subsidizes part of the costs - the interest rate on loans, part of leasing payments, payment of coupons on corporate bond loans, provides investors with state guarantees and investment tax loans.

The status of an investment project of regional significance gives entrepreneurs tangible tax benefits, a reduction in rents for property that is state property, and other ways to reduce costs. In neighboring regions, the set of legislatively established preferences for investors is much more modest.

The main criterion for the competitive selection of investment projects is that they should provide innovative technological development of the economy of the region and the modernization of production. According to experts, such an approach best meets the tasks that Transbaikalia has set for itself. The region quite rightly expects to soon move from the middle of the federal rating of investment attractiveness to move to more advantageous positions.