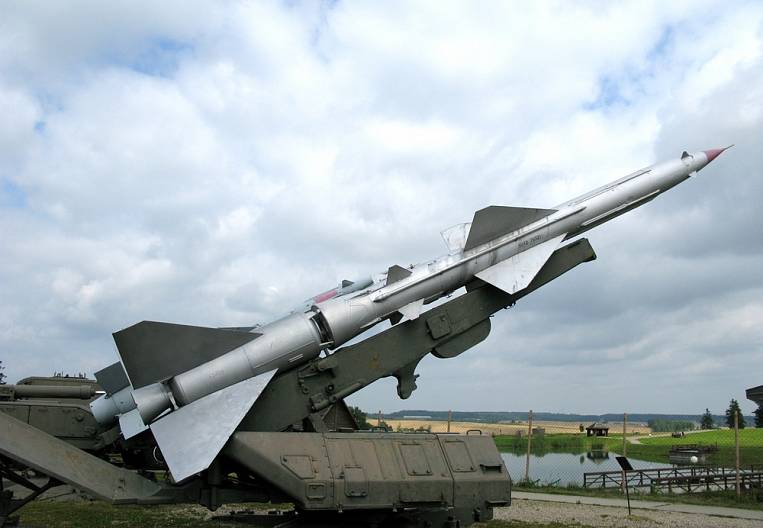 In 2014, the total volume of Russian arms exports exceeded $ 13 billion. Despite the drop in export volumes in this area over the past few years, the Russian Federation was able to maintain its “client base”, and in 2015 it expects to find new partners.

According to foreign media reports, in 2014 the volume of arms exports from Russia exceeded $ 13 billion, which indicates a clear negative trend in this area. In 2013, the total volume of arms exports was $ 15 billion, and in 2012 - $ 15,1 billion. In addition, according to statistics, there have been changes in the structure, assortment of exports, as well as in the list of buyers of Russian weapons. In 2013, for example, 42% of exports were naval equipment, including warships, submarines, and related weapons and technologies, 41% - aviation equipment, mainly consisting of aircraft and helicopters, 10% - air defense equipment, and 7 % - infantry weapons.

India remains the main buyer of Russian military-industrial complex products. In the military-technical cooperation of the two countries, the main points are the supply of aircraft carriers, the purchase of spare parts for the Su-30, the purchase of warships, sea-based MiG-29K aircraft and Mi-17 transport helicopters, the improvement of the MiG-29 aircraft, the purchase of aircraft engines, repair and maintenance. submarines, as well as the supply of weapons and spare parts. Even in this area, Russia faces certain challenges. For example, in 2013, the Americans won a $ 500 million tender for the supply of anti-tank systems. In addition, the Indians plan to further increase the import of military equipment from the United States, and in 2013 India became the largest buyer of US military-industrial complex products. The Indian government has already secured firm contracts for the supply of Boeing P-8 anti-submarine aircraft, Lockhead C-130 transport aircraft, and Apache helicopters.

Among other important partners of Russia can be identified China, Vietnam, Syria, the United Arab Emirates, Venezuela, Azerbaijan, Afghanistan, Iraq and Algeria. China mainly buys Mi-17 helicopters, Il-76 transport aircraft, as well as jet engines for military aircraft manufactured in China. With regard to the production of military aircraft in China, it today depends heavily on the supply of engines from Russia.

If we talk about naval equipment, Vietnam is the largest importer of Russian equipment in this area. The main export items to Vietnam are submarines of the Varshavyanka project and missile boats. In addition, despite the urgent need to update the fleet of military aircraft, Vietnam purchased a limited batch of Su-30 fighters.

Syria also continues to secretly purchase Russian weapons. Now that the civil war in Syria has subsided somewhat, the following types of weapons are in particular demand: Iskander missile systems, Yakhont anti-ship missiles, ammunition, and spare parts for aircraft. Unfortunately, the UN has banned the supply of S-300 air defense systems to Syria, and a batch of MiG-29 fighters intended for Syria had to be delivered to Serbia. Afghanistan and Iraq, which are currently waging a war on terrorism, will also remain significant partners for Russia in the field of arms exports. Iraq, which is fighting IS, in addition to a contract for the supply of Mi-28, Mi-35 and Pantsir S-1 air defense missile systems, also signed a contract for the supply of used Su-25 attack aircraft.

The crisis in Nigeria gave Russia hope for expanding its share in the African market, but there were no significant changes for Russia in this area. In 2014, Namibia acquired Russian weapons for the first time in 15 years. However, the Russian progress in expanding its share in the African market is still weak. The problem is that China lures customers from Russia by offering more attractive prices, and the Brazilian EMB-314 Super Tucano, which can be used both as a light attack aircraft and as a training aircraft, also competes with the products of the Russian military industrial complex. In addition, Sudan, Ethiopia and Eritrea rejected Rosoboronexport’s offer to supply weapons in favor of second-hand Belarusian and Ukrainian weapons.

The sales success of the Russian military-industrial complex in the Middle East also leaves much to be desired. Bahrain was unable to obtain weapons purchased from Russia due to the imposition of sanctions against it related to the violent suppression of protests. The UAE continues to receive weapons under previously concluded contracts, for example, the AT-12 anti-tank complexes, the Pantsir S-1 air defense missile system, and has recently decided to modernize the BMPs previously acquired from Russia. However, Russia held negotiations with Egypt on the supply of weapons, as a result of which a contract was concluded for the supply of MiG-35 fighters, Mi-35 helicopters and other military equipment to Egypt.

Forecasts for the current year

The new year for Russia's military-industrial complex will most likely not be easy. First, the economic and financial crisis that is beginning in Russia is a cause for concern. In addition, Western sanctions, coupled with the fall in oil prices caused many difficulties. The budget deficit and unfavorable economic conditions will negatively affect the inflow of investments into the military-industrial complex. Due to a sharp decline in oil prices, Venezuela, Azerbaijan and Algeria have reduced the volume of Russian arms exports. Algeria, however, after purchasing Mi-26 and Mi-28 helicopters, purchased Su-30 aircraft, thereby remaining Russia's main partner in this field. Iraq, because of the fall in oil prices, will not be able to support today's volumes of arms imports in the foreseeable future.

Russian-Indian relations will become even more tense in the future. Russia still hopes that the MiG-35 will return to the Indian market with the goal of supplying the Indian Air Force with 126 fighters. This question is very relevant against the background of the fact that the contract for the French Rafale aircraft was canceled. However, this does not mean that India will continue to buy products from the Russian military aviation industry. According to some reports, the quality of the 5th generation T-50 multipurpose fighter is absolutely not satisfied with the Indian leadership. In addition, Indian representatives have put forward many complaints about the Su-30. In the area of ​​submarine purchases, India also resorts to the services of France, and in the area of ​​supply of other types of weapons it still relies on Israel, America and England.

The sanctions imposed by America and Europe forced Russia to make a turn towards military-technical cooperation with China. However, this requires some security and policy differences to be considered. China plans to purchase from Russia S-400 MANPADS, Amur project submarines, and Su-35 fighters. In the face of increasing pressure from Western countries, Russia is attempting to develop cooperation with China, but the latter has a bad reputation for compliance with patent law. This fact in the future may become a very serious obstacle for Rosoboronexport in the supply of arms to China.

In the arms markets of Latin America, Russia may also face certain difficulties: the Brazilian arms market is already occupied by Sweden, which signed a contract for the delivery of 108 JAS 39NG Gripen aircraft. The rest of Latin America also purchases planes from other countries. Nevertheless, the Peruvian government expressed interest in acquiring Russian MiG-29. An exception to this rule was Argentina, which, in addition to Mi-17 helicopters, also bought second-hand Su-24 from Russia. Because of pressure from England, Argentina can not buy weapons from the EU countries, which allowed Russia to take a large share of the Argentinean arms market, which has a very large capacity. For Russia, the big failure is the fact that Venezuela, which is Russia's geopolitical ally, does not have sufficient funds to conclude major contracts for the supply of arms from Russia.

Another promising client of Russia could be Iran. Due to the fall in oil prices, he is experiencing absolutely similar monetary problems with Russia. Nevertheless, in the future Iran may become a very large client of the Russian military-industrial complex, provided that the UN Security Council does not impose an embargo on it. Thus, everything will become clear only after the Six-Party Talks on the Iranian nuclear program.
Tags: Export of Russian arms 2014 China India Vietnam Egypt Iran MiG-29 MANPADS "C-400" Su-24 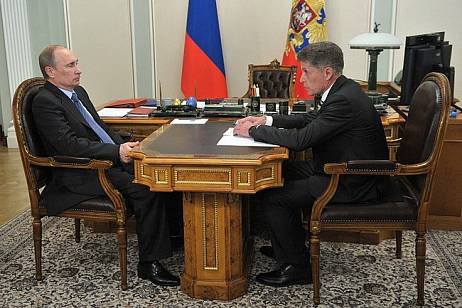