Containers turn away from the East

The growth rate of container traffic on the Far Eastern Railway, connected with the main ports of the region, is slowing down. Market participants talk about the need to more actively attract transit cargo to the Trans-Siberian Railway and apply advanced digital technologies. 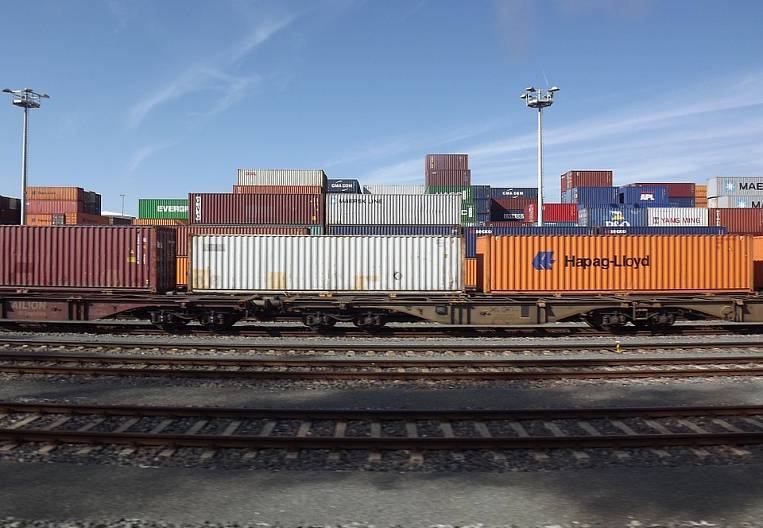 The slowdown in container traffic is observed in domestic, transit and export traffic. In total, 436,1 thousand loaded containers were transported across the Far Eastern Railways in ten months (the bulk of the transportation is made up of chemicals and soda, timber, industrial goods, hardware, machines, machines, engines). The growth amounted to 8,6%, while in the first nine months it was higher by 0,8 percentage points.

The most significant dynamics remains in transit and export. 59 thousand and 29,9 thousand TEU were transported to these directions, respectively, by 22,7% and 33% more than in January-October of the 2018 year. Import traffic grew at a slower pace; they exceeded last year's result by almost 11%, although they account for the bulk of traffic - 274,8 thousand TEU.

In other port areas of the country, the positive trend is not so clear. So, on the Oktyabrskaya Railway, although the container flow grew over 10 months by 8,6%, exceeding 737 thousand TEU, almost half of the containers fell on internal traffic. In transit and export, there was a decline by 12,6% and 11,9% to 15 thousand and 125,7 thousand TEU. Of foreign trade cargo, only import increased - it reached 237 thousand TEU (+ 28,5%).

According to experts, today in the Russian container market the lowest growth rates have been observed since 2015 of the year. According to the results of the third quarter, from the beginning of the year, the volume of container traffic to Russian ports increased only by 4%. For comparison, in 2017 the growth was around 16%, in 2018-m - 10%.

“Moreover, if in previous years there was a serious demand for export, then in this we see that it grew by only 6%. For a number of ports, this is becoming a serious problem, as the imbalance between export and import is growing, ”said Andrei Naraevsky, commercial development manager for the Maersk Line regional office in Eastern Europe.

A difficult situation may arise in transit traffic. More than 70% of all container transit in Russia is now made up of Chinese cargo, thanks to which the market has been growing in recent years, according to the FESCO transport group. One of the key factors that ensured this growth was the program of subsidizing the transportation of Chinese goods to Europe by land routes. The amount of subsidies can reach 50% of the railway tariff, therefore the rate on land routes is comparable to the cost of transportation through the Suez Canal ($ 2 thousand - $ 2,5 thousand), and the average time is less than half.

However, in the 2020 year, China intends to reduce subsidies to 30%, which may lead to higher rates and lower growth rates of transportation.

“Russian players need to attract freight flows from other countries, primarily Japan and Korea. Cargo from these countries can be transported by the intermodal route through the Far East along the Trans-Siberian Railway, but this way is much more expensive today. A reduction in the through rate due to the railway tariff, freight and stevedoring expenses by at least 20-30%, from the current $ 4,5 thousand for the 40-foot container, will allow to “rock” the market and attract customers, ”comments the head of the department for interaction with authorities the government of the FESCO transport group Svetlana Prusova.

“Today, our Japanese, Chinese and Korean partners are still scared by the procedure for customs clearance of goods in Russia, although, of course, the FCS has significantly improved it in recent years,” says Svetlana Prusova.

The development of transit can only be ensured by the joint measures and efforts of all interested parties - the state, regulatory authorities, and transport companies, director of railway logistics at Global Ports Nikita Pushkarev is convinced.

“The geographical position of Russia, the presence of the Trans-Siberian Railway, the existing railway and port infrastructure create serious competitive advantages for Russian transport workers, but we still have a lot of work to do to implement them,” said Nikita Pushkarev.

The bulk of the transit still goes by sea through the Suez Canal, despite the duration of the delivery.

“In the 2018 year, the transportation of loaded containers from Asia to Europe amounted to almost 16 million TEU, in the opposite direction - 7,7 million TEU. How to attract a cargo base and develop transit - it is obvious that this topic is now one of the key issues on the agenda of Russian transport, ”said a representative of Global Ports.

According to Nikita Pushkarev, simplifying customs procedures for arranging transit along with improving railway services and active marketing support for Russia's transit capabilities is a real step towards developing the competitiveness of the Trans-Siberian route.

“Global Ports terminals (an asset of the group in the Far East -“ Eastern stevedoring company ”- approx. Ed.) Interact with almost all participants in international multimodal transportation, both from the business side and from the state regulatory authorities. We see that the transition of the customs service to electronic declaration and development of electronic document management (EDF) of the FCS, of course, changes the situation, ”says Nikita Pushkarev. - For example, after switching to EDI, the average processing time for an imported container decreased by almost 2,5 times. Obviously, the effect of introducing the technology had a positive effect not only on the participants in foreign economic activity, but also on the infrastructure of our terminals, making it possible to use the area more efficiently. ”

Now, as part of a new approach, the Federal Customs Service is organizing electronic declaration centers, which will allow us to fully switch to paperless workflow, reduce logistics and transportation costs. For example, today the vast majority of the declarative array of marine customs of the Far East is already being drawn up by a center in Vladivostok. According to the plans of the FCS, in 2020, they will automatically register 99% of documents submitted by declarants and issue without the participation of an 80 inspector% of declarations of low-risk legal entities, said Yuri Ladygin, head of the Far Eastern Customs Administration.

Due to modern digital technologies, it is possible to effectively implement interstate agreements on the recognition of customs clearance between customs. This need is indicated in FESCO, speaking of attracting container cargo from Asian countries. As noted in the transport group, switching even 10% of goods turnover between Japan, South Korea and European countries, estimated at five million TEU, will make it possible to attract an additional 500 thousand TEU to the Trans-Siberian Railway, despite the fact that in 2018 the entire transit through the Russian Railways network amounted to 550 thousand TEU.

“It is important to note that attracting freight traffic will have a tangible effect on the economy - for every 100 thousand TEU of transit from Japan and Korea, Russian Railways, Russian railway operators, stevedores will receive six billion rubles in revenue annually,” says Svetlana Prusova.

It is important that the “figure” is able to link the information resources of controlling services with cargo owners, participants in the transportation process. Now the corresponding integration solutions are being tested in Russia. In September, FESCO, together with Russian Railways, organized test shipments from the Vladivostok Commercial Sea Port under the Intertran project, which provides for the rapid exchange of data with the FCS. At the same time, it is planned to connect Mongolia, Kazakhstan, Belarus to the project to develop East-West transit links.

“Without the introduction of information solutions today, it is impossible to imagine not only the organization and development of transit, but also modern logistics in general. This is a strict market demand, we will not be able to build up the cargo base without coordinating all the transport market participants for the further development of EDI and IT services, ”emphasized Nikita Pushkarev. 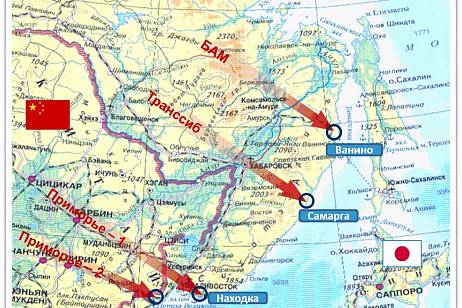