Konstantin Laptev: Rosneft will provide Zvezda with a pilot download

About plans and investments in the project of creating a shipbuilding cluster, new technologies and partners in an interview with TASS told the vice-president of Rosneft, 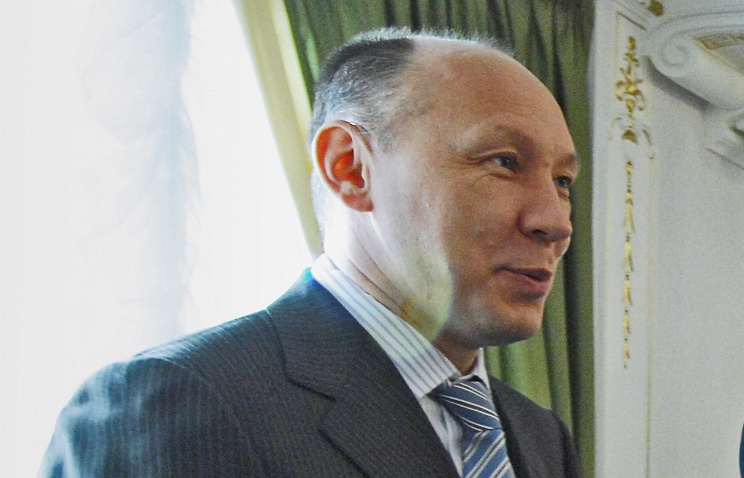 The creation of the shipbuilding cluster Zvezda in the Far East became the flagship project for the revival of Russian shipbuilding. During the first Eastern Economic Forum, President Vladimir Putin announced a decision to invest in the project 60 billion rubles from the state holding company Rosneftegaz.

Rosneft, Gazprombank and United Shipbuilding Corporation, which are carrying out the project, plan to invest 146 billion rubles into it in order to build 50 drilling platforms, 80 tankers and 200 auxiliary vessels for the development of the shelf by 2020 year.

Konstantin Laptev, vice-president of Rosneft, told about the plans and investments in the project, new technologies and partners in an interview with TASS.

- Does Rosneft plan to purchase technologies of the Arctic shipbuilding for the Zvezda project?

- Rosneft attracts a wide range of technology partners, who are leaders in the main segments of shipbuilding, in order to increase the efficiency of the shipyard. The company expects to receive new technologies from partners and create together with them a modern engineering center.

Considering that the nomenclature of ships produced at the Zvezda shipbuilding complex is focused on the science-intensive niche of marine technology to support offshore projects, Rosneft will certainly develop the competence of Arctic shipbuilding here. It is planned to bring the best competences of Russian and foreign companies in the field of ice technology to the Far Eastern industrial and shipbuilding cluster.

- What kind of investments of Rosneft in the project in the medium term can we talk about?

- The total capital costs for the implementation of the entire project are 145,5 billion rubles. Russian President Vladimir Putin said, speaking at the Eastern Economic Forum, that Rosneftegaz invests 60 billion rubles in upgrading the Zvezda shipyard. The total amount of investments of shareholders in the project will be about 47 billion rubles, or about a third of the total demand.

These include loans for current operating and investment activities, a credit line, as well as reinvestment of the operating results of the project - funds from the implementation of orders placed by shareholders and other companies.

- Is there already an understanding of whether other companies are ready, for example, Gazprom and NOVATEK to place their orders for the Star, what volumes are we talking about?

- The shipbuilding complex "Zvezda" is focused primarily on meeting the needs of Russian oil and gas and shipping companies. At the meeting of the Commission on the Strategy for the Development of Fuel and Energy Complex and Environmental Safety held 4 June 2014, under the chairmanship of President of the Russian Federation Vladimir Putin, it was proposed to create a single center for placing orders for ships and marine equipment on the basis of the Far Eastern Shipbuilding and Shiprepair Center Shelf projects.

Based on this instruction, large companies are tasked with placing orders for the newly created Zvezda complex.

Pilot loading of the complex is provided by Rosneft, which concluded an exclusive agreement with "DTSSS" to place all orders for the construction of new marine equipment and vessels at its facilities. At the Eastern Economic Forum, Rosneft signed contracts for the design, construction and supply of two multifunctional supply vessels for reinforced ice class.

In addition, it is planned to build two more supply vessels. These are hundred-meter high-tech ships designed for operation in the harsh conditions of the northern seas.

Other companies-subsoil users working on the shelf, as well as shipping companies should join this work. The corresponding assignments are given by the Government.

In addition, as part of the import substitution program, at the legislative level, it is planned to provide for the obligation of Russian companies associated with offshore projects to place orders at Russian shipyards. And Rosneft supports this initiative. The long-term production program of the shipbuilding cluster Zvezda is more than 150 units of vessels and marine equipment.

- Will Zvezda develop technologies for liquefying gas and build a gas carrier ship?

- Undoubtedly, Zvezda will be able to build large-capacity vessels, including gas carriers. Already in the first stage of construction, the project of the shipbuilding complex Zvezda provides for the construction of a cargo system for the transport of liquefied natural gas - the most complex element in this type of vessels.

Currently, the construction of a heavy slipway is under way - the only facility of its kind in Russia, with an area of ​​117 600 m2, crane tracks of width 230 meters and length of 480 meters. The work of the pile will be provided by a crane of the Goliath type with the carrying capacity of 1200 tons (the span height is of the order of 100 m, the length is 230 m).

Such mechanisms will be applied at Russian shipyards for the first time. Shipbuilding by a large-block method is considered one of the most modern trends in the industry. This method will allow the production of vessels serving the fleet for offshore deposits, offshore drilling rigs and transport vessels, including gas carriers. 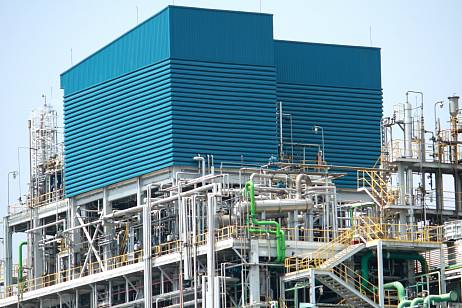