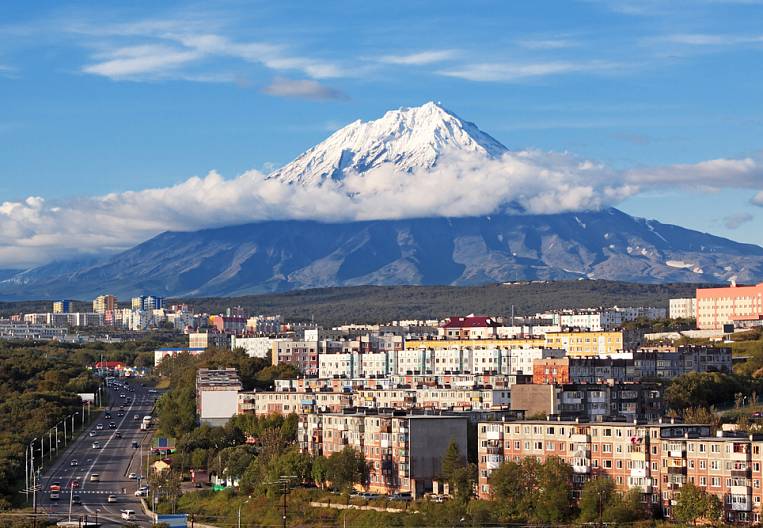 Several deputies of the Kamchatka Legislative Assembly refused to support the bill with a deficit of 10%, but the majority approved. The governor reminded that now even the donor regions are experiencing difficulties, meanwhile the authorities of Kamchatka managed to keep all measures of social support for 2015 year.

Before the holidays, in the large meeting room of the Government of the Kamchatka Territory, the fate of the regional budget for 2015 and the next two years was decided. First Vice Governor Dmitry Latyshev warned that the draft federal budget was drawn up rather rigidly and the regional authorities were also forced to approach the planning of expenditure items of the main financial document. This "toughness" will affect them themselves: by the presidential decree, the salaries of all Russian state employees will be indexed by 1% from January 7,4. Only civil servants will be left behind for now.

According to the regional finance minister Sergei Filatov, “the draft budget has been prepared for the first time according to a conservative version. The Ministry of Economic Development and Trade forecasts inflation indicators: for 2015 - 5,8%, for 2016 - 5,5%, 2017 - 5,2%. " The planned level of Kamchatka budget revenues for the next year is 56,5 billion rubles, expenses - 58,2 billion. The minister called the apparent deficit of 10% "the maximum possible for our subject."

First of all, they decided to save money on the so-called investment measures, which include the construction of roads, communal facilities, hospitals and feldsher-midwife stations, seismic strengthening of housing, resettlement from dilapidated houses and so on.

"We have less investment in investment than in the current year: again, this is due to a lack of funds. The volume of investment measures has decreased by almost two billion rubles and is 8,8 billion. This is the regional and federal funds: the regional is 6,4 billion rubles. The final list includes facilities for which co-financing from the federal budget is envisaged, there are certain obligations and those facilities that are planned for commissioning in 2015, "explained Sergei Filatov.

The committee on economics, property, budget, tax policy and business activities of the legislative assembly told EastRussia that out of this amount - 8,8 billion rubles - one billion and one hundred million will be spent on building the first phase of the regional hospital. Before that, there was relatively little money for the preparation of design estimates, construction of utilities, soil drainage, and so on, and an active phase would begin in 2015 — the foundation should be ready and the basement should appear.

In the list of other relevant regional social construction projects: a school in Ust-Khayryuzovo and three kindergartens in Petropavlovsk (on the streets of Savchenko and Arsenyev) and in Vilyuchinsk. We are also talking about the design and construction of kindergartens in Ossore, Kovran, Tilichiki.

The peculiarity of the new budget is that it is based on the 22 state program. Compared to this year, the program “Family and Children of Kamchatka” is being added: parents who have disabled children with lesions of the musculoskeletal system will be able to purchase cars at the expense of the budget.

The authorities also promised to keep the privileges to compensate for the difference in tariffs for heat and electricity for the population and enterprises, for air and sea passenger transportation. "Prior to this, only air transport was subsidized, now water is added. This is for more than 530 million rubles, "- reported Sergei Filatov.

At the end of the speech, the head of the regional Finance Ministry noted that the draft made all the comments made during the public hearings and discussions on the profile committees, prepared a table of amendments: "The total amount of both income and expenditure has not changed. At the same time, some numbers were exchanged inside. In particular, the volume of state debt servicing has decreased: we have postponed the date of borrowing. At the same time, additional funds were provided for project documentation for the construction of rural training facilities in the Tigil region, in the villages of Sedanka and Lesnaya. The project also provides for additional allocations for the activities of the CYSS in hockey and the regional center for social assistance to families and children, where it is necessary to introduce new additional branches. The draft was considered in all committees, all principal comments were eliminated. "

Financiers say that when forming the budget, the forecast of the social and economic development of the region is taken into account, and now it was calculated for the first time in a conservative way: that is, all incomes are taken with insurance, at a minimum. Explaining the subtleties, experts remind: despite some pessimism of the situation, within a year the budget will necessarily be adjusted in the direction of increasing incomes.

Governor of Kamchatka Territory Vladimir Ilyukhin also remains optimistic. He recalled that 2014 started with an income level of 54 billion rubles, but within a year the amount increased by 7 billion.

- I think that the budget of the year 2015, of course, will also grow. Despite the difficulties that are present in the economy of the region, Russia, even donor subjects are in a difficult situation, and the budget is taken very hard, social programs are sinking, we in Kamchatka managed to completely save all measures of social support for the next years. Almost seven billion rubles are allocated for subsidies in the communal sphere. We support municipal districts. The volume of funds for municipal entities increased by 400 million rubles. 15,6 billion we will send to municipalities in the next year in the form of transfers, this is without investment measures.

In general, the budget is balanced. We took it with a deficit of 10%, but at the same time all the main positions it closes. We will continue to build housing, kindergartens and schools, sports and cultural institutions. Therefore, I believe that the work done by the government and the deputy corps confirms that the province is developing, albeit at a small pace, "said Vladimir Ilyukhin on the results of the last session of the Legislative Assembly of Kamchatka.