Komsomolsk-on-Amur will play without backstage

30 January, the government of the Khabarovsk Territory will open a series of presentations of facilities to be built as part of the long-term plan for the integrated development of Komsomolsk-on-Amur, the second largest city of the subject of the Russian Federation. Already in February, contract work on the first stage of the children's hospital complex in the Leninsky district will be put up for competition. Why did the authorities, having defended design estimates at Glavgosekspertiz, suddenly decided to show the projects to potential contractors on the eve of the procurement announcement, the deputy chairman of the Khabarovsk Krai government on the integrated development of Komsomolsk-on-Amur Dmitry Volkov explains. 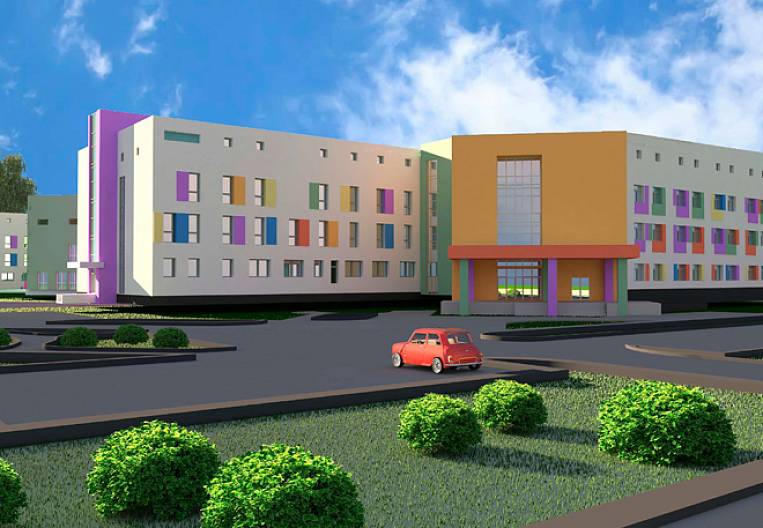 Photo: khabkrai.ru
- Documentation on the objects of the development plan of Komsomolsk-on-Amur for 2017 is ready, the conclusions are received, budgetary funds are reserved. Why do these road-show for business, if possible, as usual, just officially announce the purchase?
- Previously, proactive information on contracts of this level was carried out locally or formally: someone was informed, someone was forgotten. This was the basis for organizing competitions. Now we say: nothing has been decided in advance at all, come all, compete. Among the objects of this year there are large ones, and not so much. We decided that regardless of their size, we would notify the business community and the public, which is also not always aware of the long-term plan's activities, before announcing tender procedures under the 44-FZ Law "On the procurement contract system".

- And what will be the meaning of the presentation?
- The task is, firstly, to tell which objects will be built and in what order. Secondly, to get feedback - even before organizing the competition, in order, if necessary, to amend our conclusions. As a result, we want all market participants to be informed, understand our logic and accept, if they have such a desire, participation in the tender procedures. Already now, by the way, on the website of the Ministry of Construction of the region, the first project - the first stage of the children's hospital complex - has been posted in a very easy-to-download form.

"Why him?"
- The project is serious in scale and tasks. Now, after all, in Leninsky district of Komsomolsk-on-Amur, medical services are not actually provided in the amounts fixed by the standards. And we close this issue with the construction of the complex. Glavgosekspertiza approved the total cost of the complex - 2,7 billion rubles, the area - 44 thousand square meters. Meters. 95% of costs will be provided by the federal budget, 5% - by the regional budget. The first stage is a polyclinic on 500 visits per day with an area of ​​more than 11 thousand square meters. Meters, the cost of the stage - just over 600 million rubles. The second stage is a hospital and business premises. Construction work should begin in April 2017 year. Entrepreneurship community, we are on this example are ready to show as fully as possible all the architectural and design features, explain how the contest will be held, what will be the requirements for potential contractors.

- Are they in the region? Or are you afraid that the construction industry in the province will not respond to the proposal?
- Of course, we would be happy if the facilities are taken by contractors from the Far East. But we can not influence this somehow. The legislation is structured in such a way that we simply can not orient the terms of the competition for Komsomolsk-on-Amur contractors or, say, Khabarovsk Krai. The law clearly establishes the principle of extraterritoriality and establishes the maximum possible requirements. I do not have a list of possible participants, and I do not even ask him. If there are no contractors in the province, we will search in other regions, although it is for the local players to participate in the contest that we split it into two lots, and small companies can organize a consortium to participate in the competition. The first presentation will take place in Khabarovsk. The second stage, possibly with the assistance of the regional representation in Moscow and the Moscow government, will be held in the capital and other cities, focusing on the market reaction.

- Regardless of where contractors come from, related industries are ready to supply demand, for example, for building materials?
- We are now working in parallel on the issue of ensuring that there are no problems with the main materials, first of all, loose, inert, marketable concrete and asphalt. Of course, the construction industry of Komsomolsk-on-Amur is not yet designed for such volumes. We need to take certain measures, and to a greater extent investors, not the government of the region. Our task is to inform them that there are such plans, there is a large market being created. Only in the framework of the long-term development plan for Komsomolsk-on-Amur in 2017 should more than 15 billion rubles be mastered. And that's not all: state companies are actively being built, several real investment projects are being considered within the framework of the creation of a tourist and recreational cluster, according to which agreements with investors for the amount of about 1,5 billion rubles have already been signed.

- Will brick and cement continue to be transported to Komsomolsk-on-Amur from outside the Khabarovsk Territory?
- An investor in a brick factory in the city has not yet been found. There really are no such factories. But the projects under consideration now do not have a great need for brick. There are completely different constructive solutions: monolith, gas silicate, ventilated facade. Now the need for concrete is rather felt. At the moment there is a project to create a small cement plant in Komsomolsk-on-Amur using modular technology, negotiations are still ahead. In terms of time, this is about six months. The question is, of course, very interesting - the local building materials market. But I am sure that its creation is primarily the task of investors. And ours is to inform the business that we will very soon give very large construction volumes. We are ready to do our best to ensure that these objects are played fairly and go to the strongest. There will be no backstage negotiations.
Tags: Komsomolsk-on-Amur Comprehensive plan building competition 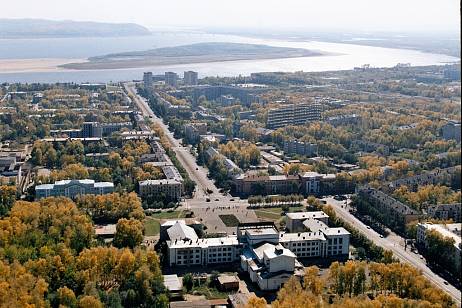