An ordinary resident of Russia, when he mentions Chukotka, imagines reindeer in sledges, the vast expanses of the Far North covered with snow and frozen in ice. So it is, however, strong-minded people live here who sincerely love their land. They strive to present the region in all its glory, and the Chukotka Development Fund, created under the government of the Autonomous Okrug, helps them in this. 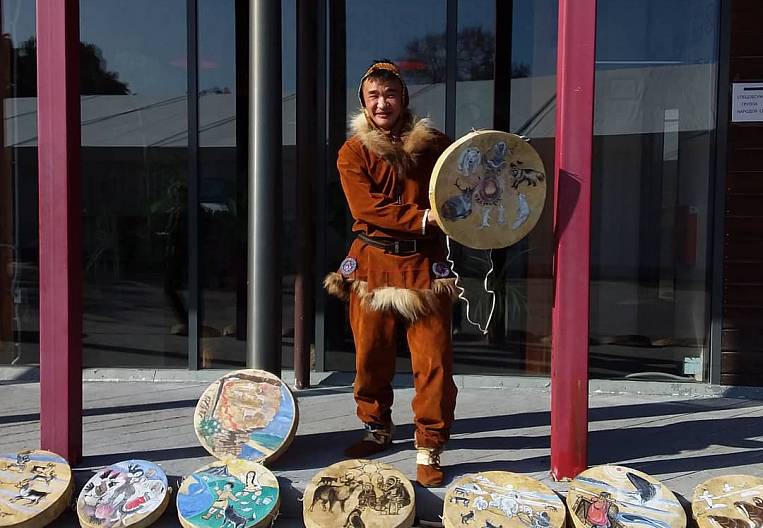 The fund consists of structures, six of which help small and medium-sized businesses in the development of their business. Thus, in the "one window" mode, you can get more than 80 different services. They turn to the Fund with the idea of ​​a project, but leave with a ready-made business plan and real support.

One of the successful examples of implementation is the creation of a plant for processing reindeer and sea animals skins in the village of Amguema. The project makes it possible not only to process skins, but also to provide the masters of traditional crafts with the highest quality raw materials, to supply reindeer herding teams with overalls and equipment, and in the future to create products that will form the export potential of the region. 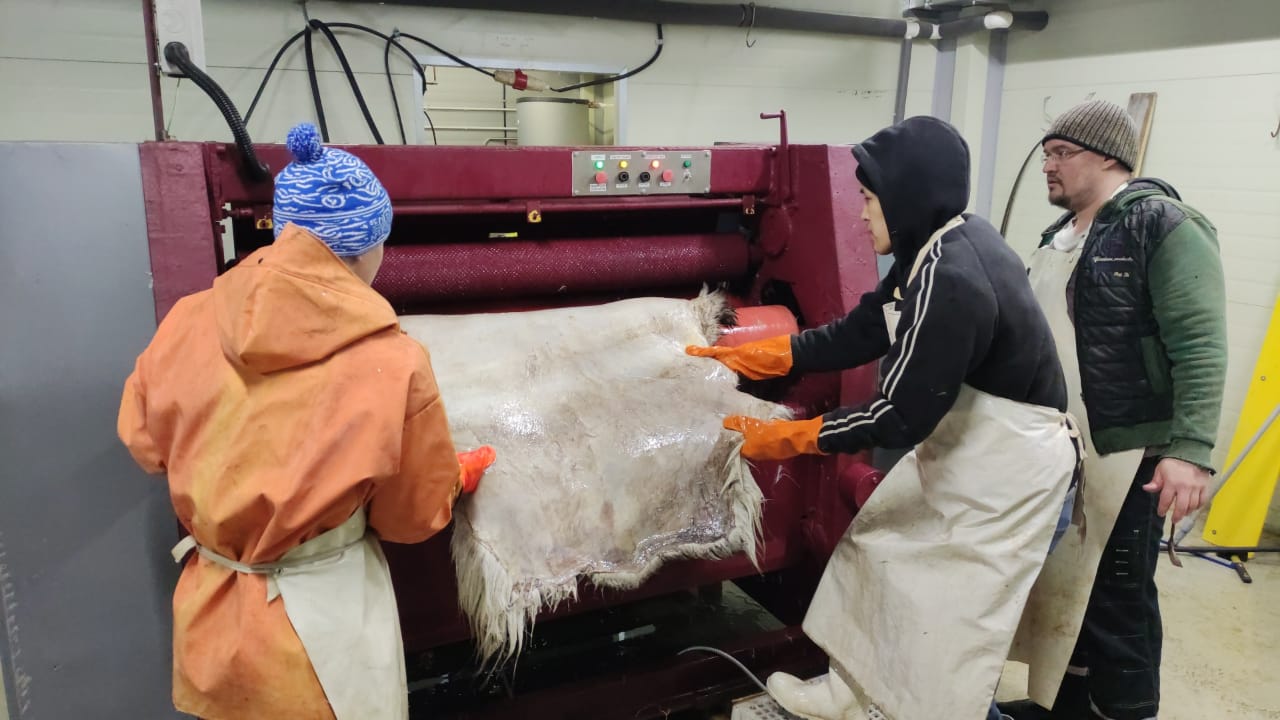 At the beginning of this, the employees of the plant began to train in modern technologies for processing reindeer skins, a workshop for their processing, a laboratory and an administrative module were opened. Today, production at the plant is one of the most modern in Russia, and under the strict guidance of the Department of Agriculture of Chukotka, they organized an exchange of experience and practice with neighboring regions.

Another interesting project being implemented in Chukotka is glamping in the village of Lavrentia. Here tourists can enjoy the beauties of nature, living in special geo-domes, three meals a day and leisure are organized (classic archery, kayaking, national sports games). At the initial stage, the project initiator's investments amounted to 6,1 million rubles. The construction of a modern camping site will provide an incentive for the development of services for artisans and entrepreneurs in the settlements of the Chukotka region. The Foundation will assist in the promotion of tourist services and products of Chukotka craftsmen on a free basis. Already, work is underway to promote entrepreneurs in the region in marketplaces and the Internet. 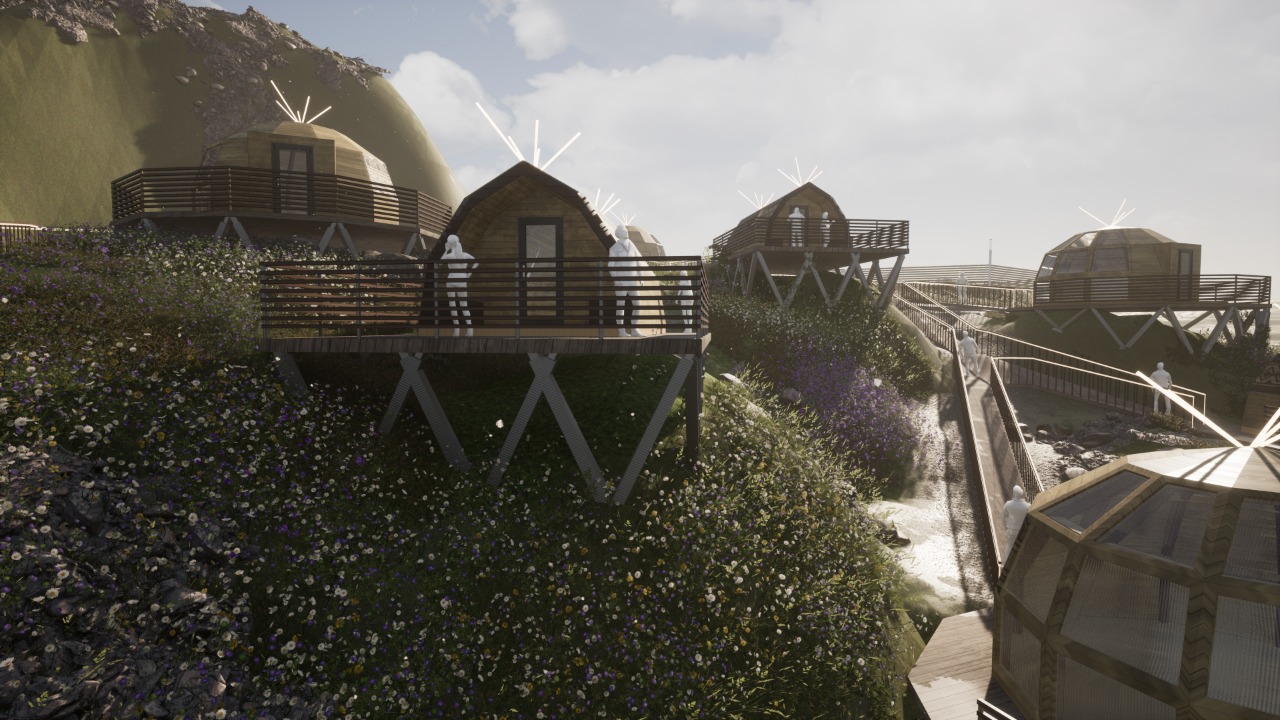 In the coming years, a recreation center with an ethno-patriotic landscape solution "The Land of Real People" will appear in the capital of the region. The Odal company will build eight modular-type frame houses in Anadyr on Verblyuzhiya Sopka, which can accommodate 16 people. Also, the complex provides a bathhouse and places for entertainment. The total cost of the project, taking into account the investment in working capital, is 10,5 million rubles, and the specialists of the Chukotka Development Fund took a direct part in its implementation and helped to draw up a business plan.

The development of small aircraft and unmanned technologies has been supported by the region since 2020 and is designated as one of the focuses in the development of entrepreneurship. The first initiator of the project, which is aimed at increasing the transport accessibility of Chukotka, was LLC "Vertical 87". The estimated volume of investments for ten years of activity as a resident of the Russian Arctic will be more than 162 million rubles. The company "Vertical 87" plans to develop tourist routes and now, together with the Export Support Center, is looking for foreign partners in the tourism industry. They are much smaller than planes, but that makes drones no less important for Chukotka. Agreements on their use in the region were signed by the Russian Helicopters holding and the Russian Post. It happened at MAKS-2021, and the idea was supported by the governor of the region, Roman Kopin, within the framework of the Third Interregional Forum “Idea into Business. Business - as a result ”, held by the Center“ My Business ”. Test flights should begin this year. The next step will be to support small businesses in Chukotka in developing business using drones.

In 2020, the My Business center took first place among similar organizations in Russia in terms of the share of business entities covered - it amounted to 37% of SMEs operating in Chukotka. In general, for the first half of 2021, the work of the My Business Center is aimed at supporting projects launched with its assistance earlier and stimulating new startups. For example, the possibility of providing guarantees at a low price for loans to small businesses in commercial banks and microcredit companies. The guarantees issued allowed the business to attract financing in the amount of 714 million rubles this year.

Interesting work is being carried out by specialists from the Chukotka Development Fund with the Center for Folk Arts and Crafts, which is supported in promoting handicraft products through marketplaces, federal Internet sites, consulting assistance in drawing up business plans, and applying for grants and subsidies. In total, there are 110 craftsmen in Chukotka, of which 22% have already received the status of entrepreneurs. Regular participation of Chukotka masters in exhibitions and fairs with the support of the Foundation, work on educational programs and partnership with the Higher School of Folk Arts form prospects for the emergence of Chukotka masters in the near future to the international level. 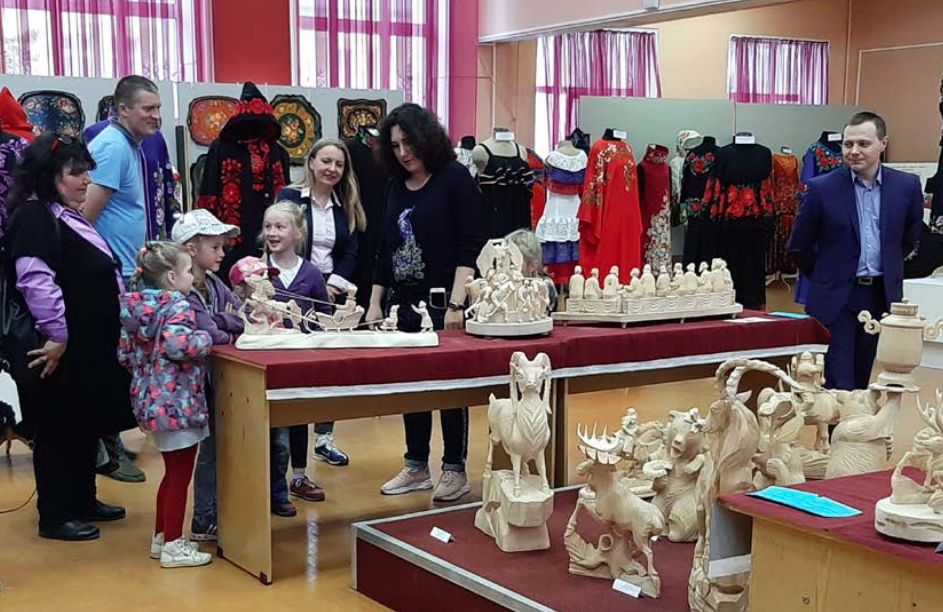 The center cooperates with a trading platform for designer items and works of authorship - the Fair of Masters. Regional entrepreneurs are helped to enter the federal market so that they can sell exclusive handcrafted products across the country. Entrepreneurs and self-employed people connect to the livemaster.ru Internet platform, where they receive unique recommendations for business development on the Internet, provide them with online traffic and advertising, and help artisans develop their own brand.

Less than 50 thousand people live in Chukotka, of which about 1,5 thousand people conduct their business. According to the Governor of Chukotka Roman Kopin, the volume of financial support for business at the end of the difficult 2020 increased by 2,5 times. None of the enterprises closed, on the contrary, the number of SMEs increased by 5% last year and the trend towards its increase continues. This is how a story about a harsh land and strong-willed people is created.