Kimono show in the form of a Japanese farce

I saw a mischievous and funny Japanese girl in a smart pink kimono on March 26 in Vladivostok on the stage of the Drama Theater of the Pacific Fleet. She succinctly explained to me that her name is Yuma Harada, she recently turned seven, and that in a few minutes she would be performing with other children in a kimono show. To the question "Can I take a picture of you?" said: "This is for dad ...". 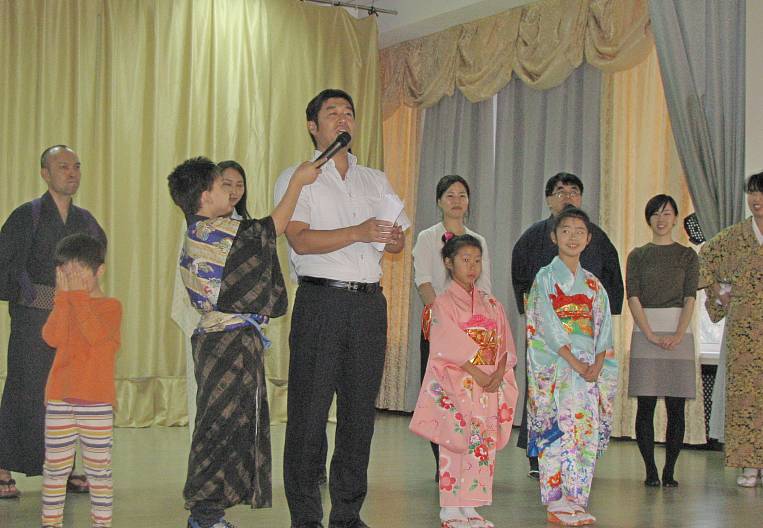 Kimono as a way of life

Yuma's dad - Mr. Harada Koichi - kindly allowed. During the three years that Harada-san has been working at the Japanese Consulate General in Vladivostok (as a consul in charge of cultural relations), his daughter managed to learn Russian well and make friends with many of the local guys. Together with his father, he gladly participates in theatrical performances - kimono shows, which for the fifth year in a row have been held in Vladivostok (nowhere else in Russia!) - at the initiative of the Japanese Culture Lovers Club at the city's Japanese center.

The Japanese Consulate General itself and the Pacific Fleet Drama Theater provide active organizational support to the event (providing their stage for performances, helping in directing, etc.).

“We believe that the demonstration of national dress is the most convenient and democratic way to get acquainted with the culture of another country. The kimono plays an extremely important role in the life of the Japanese. You can even say that in a sense it is the soul of the nation. By the way, in medieval Japan, the kimono was considered the main movable property of the bride. The country's economy arose and developed around the kimono: some regions specialized in the production of fabrics, others in their dyeing, others in sewing, etc. The kimono performed the function (and still does) a powerful symbolic indicator of the social status of its owner, his age, a particular life situation in which he found himself.

Until now, despite all the tendencies of post-war westernization and globalization, the Japanese have managed to preserve the traditions of their ancestors. And behind the ceremony of putting on and wearing a kimono, there are complex rituals. But in our performances, we deliberately abandoned unnecessary complications, because the main goal of the kimono show is to popularize Japanese culture among those who are interested in and are drawn to the aesthetics of this mysterious country. In our theatrical performances (we are trying not only to demonstrate clothes, but to bring a playful moment, a moment of drama into this process), Japanese people who live, work or study in Vladivostok participate. Each of them, as a rule, performs with their own kimono. Elements of improvisation, mixing styles and traditions are welcome. Our Japanese friends can afford to 'hooliganize' a little on stage, ”Olga Sumarokova, project manager at the Japan Center in Vladivostok, told ER.

It is important to note that the 2016 kimono show in Vladivostok was held this time in the tradition of the medieval Japanese street theater sarugaku. Many historians and linguists trace the word itself to the definition of "monkey music", because the wandering actors of that era did not just sing and dance in city squares, but accompanied their performances - fairy tales and parable scenes - with "monkey tricks" and "clowning": acrobatics, juggling, clowning, etc.

Thus, on the one hand, the next kimono show in Vladivostok is a tribute to the "Year of the Monkey", and on the other hand, the International Theater Day, which is celebrated on March 26th. There is also a third binding - anniversary of the outstanding Russian playwright Evgeny Schwartz. In his work, he also often turned to the genre of folk tales ...

“I arrived in Vladivostok with my businessman-husband in January this year. I am an economist by education and have nothing to do with acting. But she gladly agreed to play sarugaku in the play. I have a very responsible role here - female ninjas, the wives of a slightly aged and lost professional ninja skills, "a young beautiful Japanese woman, Amy Fujita, tells me, smiling." I like Vladivostok, it is a very Russian city, but at the same time there are many people know and love Japanese culture well. And this is great! And I myself, for example, really love the Russian ballet ... ".
Tags: Japan Vladivostok Consulate General of Japan in Vladivostok Club of Japanese Culture Lovers at the City Center of Japan Harada Koichi kimono Day of the Theater 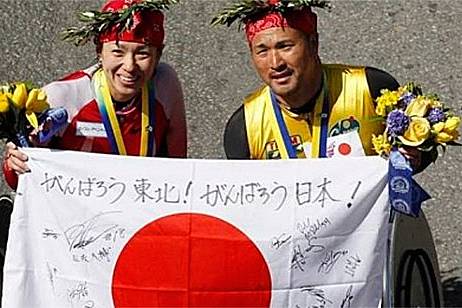 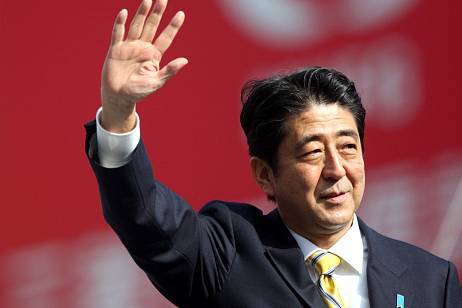