Walking of the youth over the three seas 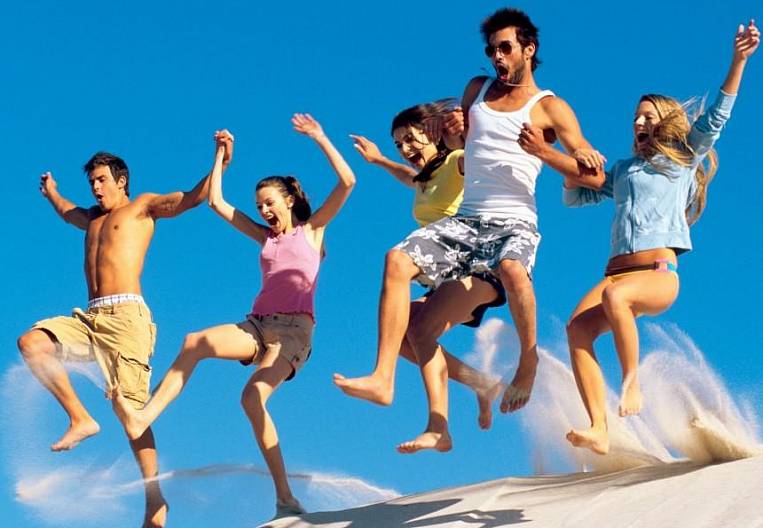 Despite the multidirectional migration flows, the population of the Far East continues to decline. According to the official forecast of Rosstat, in 2018 the population of the Far Eastern Federal District should decrease by 30 thousand people. In 2017, the negative balance of migration was 17 thousand people. In the coming years, according to the forecast, the Primorsky and Khabarovsk Territories, as well as the Amur Region, will become leaders in the outflow of population among the regions of Russia. It can be said that the efforts of the federal authorities to break the demographic trend and attract the population to the region to date do not bring the expected effect.

Nevertheless, migration processes, as a rule, are not homogeneous. Abstract units, in which flows of visitors and departures from the region are measured, may have different characteristics that are inherent in any person from the biological or social point of view - age, gender, marital status, education level and income. Assessment of migration processes from this point of view allows to give a concrete content to what is happening - and, in particular, to see what exactly is happening in the region, in which direction its population is changing.

One of these characteristics is the educational level of the population. The difference in the educational potential of those coming and going from the region allows us to say a lot about how the Far East is developing - what niches are there for a qualitative development of the economy that requires qualified educated personnel. It's the same - if you look at the departure or arrival of young people with different levels of education in the region - it helps to understand how the young generation sees the prospects of the region from the point of view of arrangement of life and career.

Experts say that in general, educated youth, unfortunately, is "washed out" of the region. But this process can not be represented linearly. Some factors - in particular, the change in the procedure for admission to universities and the development of the Far Eastern Federal University (FEFU), can affect the overall unfavorable trend.

"The incoming and outgoing migration flows in the Far East differ significantly: a significant part of those who come to the Far East do not have higher education (primarily labor migrants from Central Asian countries), whereas a significant part of the population leaving the region has a higher education," Kirill Kolesnichenko, an associate professor of the Department of Social and Psychological Sciences of the FEFU.

In his experience, the head of the Department of Demography of the Higher School of Modern Social Sciences of the Moscow State University, Vladimir Iontsev, says: "Of all the children from the Far East who studied and defended in Moscow, whom I know, no one has returned back to the region." Qualified young people continue to leave the Far East East ". Vladimir Iontsev suggests that some reduction in the overall outflow of population from the Far East, observed recently, can be explained by the fact that a "small" generation - born during the demographic failure of 90-x is now on the front line, and hence the number of departing in absolute the expression should decrease.

Deputy Head of the International Laboratory of Demography and Human Capital of the Institute for Applied Economic Research of the Russian Academy of Science, Sergei Shulgin, notes that the graduation age of a school and university in Russia is one of the highest migration outbursts. The same applies to the population of the Far East. At the same time, as a rule, those enrolled in universities in another region of Russia are no longer returning back: "Education in a quality higher education institution is a time of intensive working out of social contacts." The student grows in contact with both peers and potential employers and gets the first job. wasteful throw this new resource. " Therefore, as Shulgin explains, having moved to study in another region, a young man from the Far East is likely to remain in the region of study. The exception can be those whose resources for successful employment are relatives living in the Far East.

Kirill Kolesnichenko, relying on the research conducted by the FEFU, also points out that in the case of studying in the Far East qualified and talented students prefer to move to Central Russia. "We carried out sociological research, including the analysis of the career trajectories of graduates of higher educational institutions of the Far East, based on these studies, we can draw some conclusions." The decision to move to another region of Russia is made on the basis of a number of important factors, and the level of education plays a significant role in this. qualitative education, graduates of Far Eastern universities can quite successfully compete in the labor market of Moscow or St. Petersburg, and since in many segments of the labor market salaries in these cities above similar indicators in the Far East, the possibility of higher earnings and the prospects for rapid career growth serve as a significant incentive for the movement of young people to these cities. "

Thus, the metropolitan regions seem to be a more attractive goal for career development, for the sake of which one can risk the accumulated social ties. According to Kolesnichenko, such a decision is indeed fraught with risk. Moving to Moscow, as a rule, are forced to change 5-6 works for a year and a half or two, and such work is rarely associated with the specialty. As a result, some of the departed return to the region.

DEPARTURE BY STEPS OR FACTOR USE

Nevertheless, hardly such a trajectory of migration can be considered a conscious and desirable choice in favor of the region. According to Kolesnichenko, some graduates use the current two-level system of higher education as a strategy for a painless arrangement in a new place. After graduating from the Bachelor's Degree in the Far East, they enroll in Master's programs of the capital's universities and use two years of study in the Master's program to gradually grow into a new social environment.

However, the changes brought by educational reforms in recent years can also work as a factor in redirecting part of migration flows to the benefit of the Far East. Sergei Shulgin draws attention to this. And this is due, first of all, to the new mobility provided by the possibility of entering the university by the results of the USE.

"Because of the USE, the social norm is changing, if in the previous decade it sounded" you must definitely do it, "but now it takes the form" you can do it anywhere. "This is what universities in other regions" open "for many graduates, including By and large, it was the Unified State Examination that made it possible to implement the project of a federal university in the Far East, which graduates from other regions can attend.

Kirill Kolesnichenko also notes the factor of the university for the migration trajectories of the Far East: "The creation of FEFU has a certain impact on migration flows." In FEFU comes a lot of students from the regions of Siberia and the Far East, the central part of the country, to date, the geography of incoming includes more than 60 regions of Russia - the children get the opportunity to communicate directly with each other, establish friendly and business contacts, which in the future also contribute to successful career growth. " However, it is not necessary to talk about a decisive contribution. "Of course, FEFU can not, and should not, play a backbone role in the formation of migration flows." However, the creation of the FEFU has positively contributed to the social and demographic processes, "Kolesnichenko said.

Modern economic and social realities still do not work in favor of the demography of the Far East. It does not become an unequivocal choice for the educated youth of the region. Nevertheless, some changes - both at the regional and federal level - such as the USE system and the development of FEFU, also lay some positive potential, the weak effects of which can be observed now. The situation develops non-inertially and, perhaps, correctly disposed of new trends, it will be possible to compensate for the still strong among the talented Far Eastern youth installation for departure by attracting new young graduates who wished to try themselves on the shores of the Pacific Ocean.
Tags: migration education demography молодежь Far East