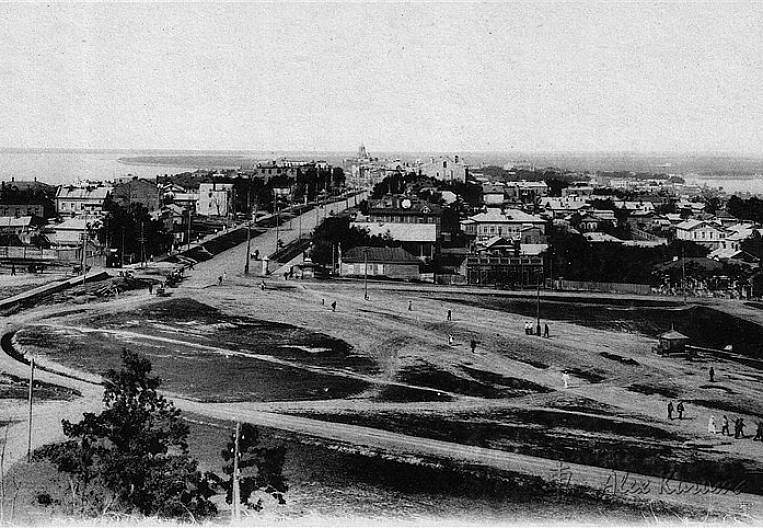 The only complete circular panorama of Khabarovsk in the first half of the XX century. We are forced - paradoxical as it may sound - to thank the Japanese invaders who took a unique photograph from the observation platform of the Khabarovsk Real School in 1920.

In the photo above - Freedom Square (former Nikolayevskaya and Republican, future of Stalin and Lenin). At the point of departure of the prospect of ul. Muraviev-Amur (Big) - the bell tower of the Cathedral of the Assumption of the Blessed Virgin (1886). The absence of a dome on the building of the theater-illusion AA. The dead, destroyed by Japanese artillery 5 April 1920, helped to determine the date of the shooting. 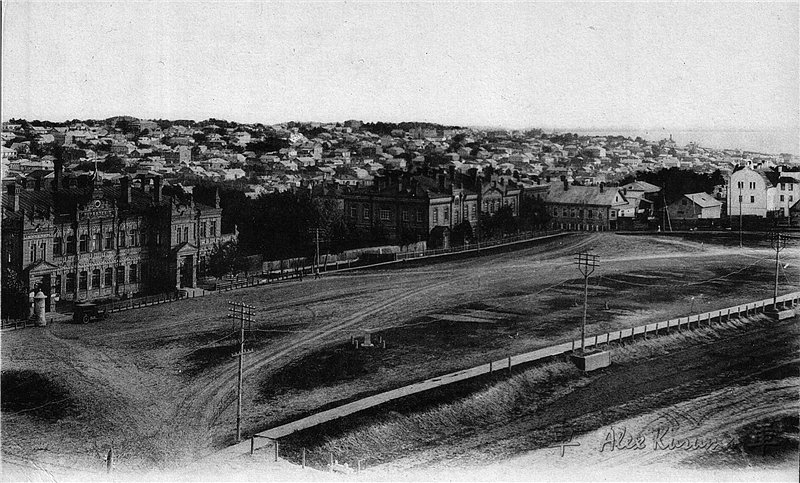 Here is the post and telegraph office (1903) with a Buick parked at the entrance. On the same line with her Nikolaev city three-year school (1897). The stylish white building is one of G.G. Luhta. In the foreground on the square is a fundamental benchmark.