A few minutes away on the cable car or the bridge, and you find yourself outside the stifling city in the pleasant shade of trees on a bench in the park, then you get up on the water ski or go to the SPA and spend the day off actively and with health benefits. So far, this is just a dream for many residents of cities, including Khabarovsk. To implement them on the island of Cable, which is located opposite the regional capital, suggested Khabarovsk Alexander Zhirikov. He wants to create on the island of cable entertainment and health. How realistic this idea is, and why its implementation requires more than a dozen years to wait, EastRussia found out. 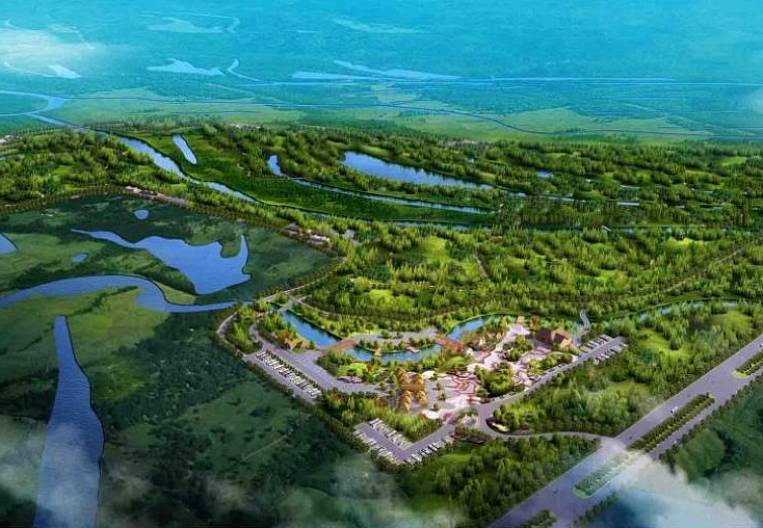 In the development strategy of Khabarovsk to 2030, Cable is out of the question. Once the city authorities planned to build up his houses, but later abandoned this idea. About two years ago, the general director of the consulting company "Mega", Alexander Zhirikov, invited the city regional authorities to recall the island and create a world-class all-season amusement park there.

“The park will have nine thematic zones oriented towards different categories of the population. Three zones will be common. The advantage is that it will be an all-season park, which will operate in the winter and summer due to the large domes. We took all the best that is in Russia and in other countries to create this park, ”said the author and project leader Alexander Zhirikov.

As planned, the island of entertainment will operate year round due to dome structures using glass or membrane pillows. They want to cover up to 60% of the entire island. Under these domes, visitors to the park will be able to swim and sunbathe in winter and ski in summer. 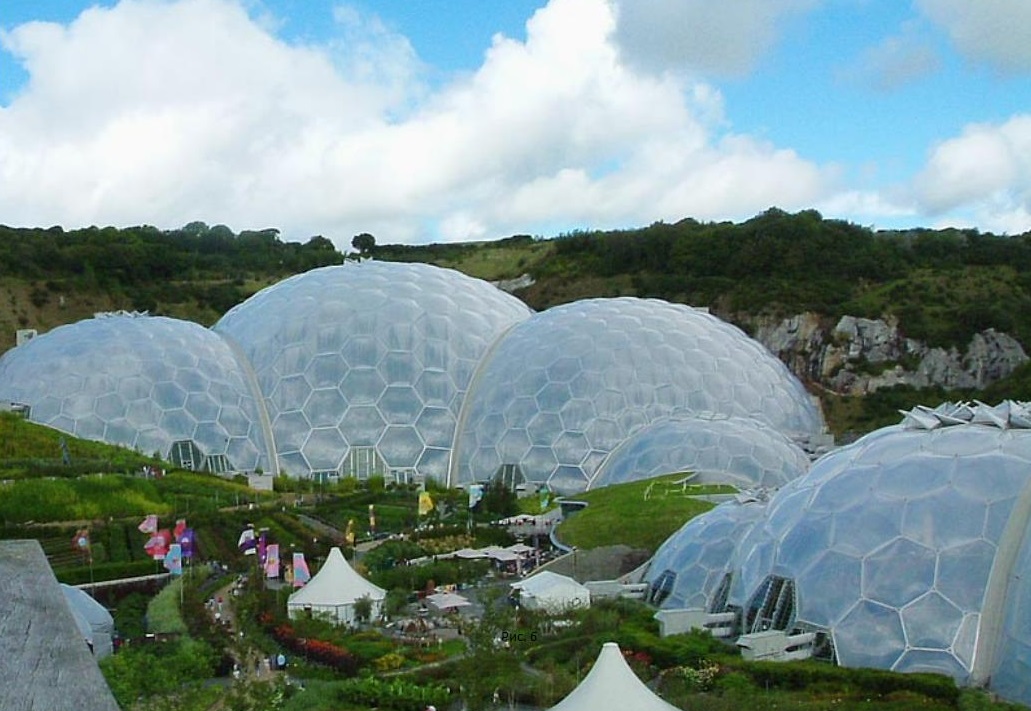 “We proceeded from the fact that the health of the population is now poor, people in Khabarovsk are ill, they leave. About two years ago we did a survey about the reasons for leaving the city and the region. One of the reasons was the lack of places to rest. Therefore, we decided to create such a park. At the same time, our idea is not an island development project, but a city development project, the creation of the Khabarovsk urban agglomeration, ”Alexander Zhirikov notes.

Global plans. On the island they plan to make separate zones for older people, for pregnant women and mothers with children up to three years old, for children from 5 years to 13 years. Separate space will be reserved for romantics, newlyweds and newlyweds. For young people on the cable organize water skiing, boats, parachutes, boats and kayaks. Separate space will appear among fans of extreme sports. In the common area there will be a SPA complex, foam discos, attractions, a water park, a ski complex, and swimming pools.

Cable developers have chosen the project for several reasons: the island is located opposite Khabarovsk, it has a beautiful relief, and it also looks like a heart - the authors want to take this fact as a basis for creating a logo. In addition, the author of the project plans that a ring will appear with the development of Cable, which will connect the island with Khabarovsk, the Khabarovsk municipal district, the Big Ussuriysky island, Jewish autonomy and China. According to Alexander Zhirikov, potential investors in Thailand and South Korea have already praised the project, and are interested in the idea in China.

“We plan that the island with Khabarovsk will connect the cable cars. We worked with the Chinese, they are ready to build everything for their money. There is also an idea to build a monorail to the island or to launch river buses, ”said Alexander Zhirikov.

To create a huge park with an area of ​​five thousand hectares, it will be necessary to equip the island with all the necessary infrastructure, build a dam or raise the coast, solve the problem with dachas and transfer of land. Only after that it will be possible to talk about the creation of entertainment objects. All this will require huge investments. Everything is rosy in ideas and exemplary pictures, but when the question “At whose expense is a banquet?” Arises, one has to descend from heaven to earth.

“The total amount of the project is impossible to calculate. For example, we decided to surround the whole island with a wall for hydroprotection using American military technology. On the construction of approximately 27 km of such facilities need more than one million dollars. But it is cheaper many times than the proposals for hydropower on the Ussuri Island. Only the creation of the cableway requires about 700 million rubles, huge money is also needed for the treatment plant, ”the project author calculates the costs.

The financial question is now the most important for the idea. Alone, the project author will not be able to implement such a large-scale idea, investors also need to be attracted by favorable conditions and preferences. Therefore, Alexander Zhirikov intends to attract budget money, which the state sends to the implementation of the national, federal and regional programs "Health", "Demography", "Ecology". 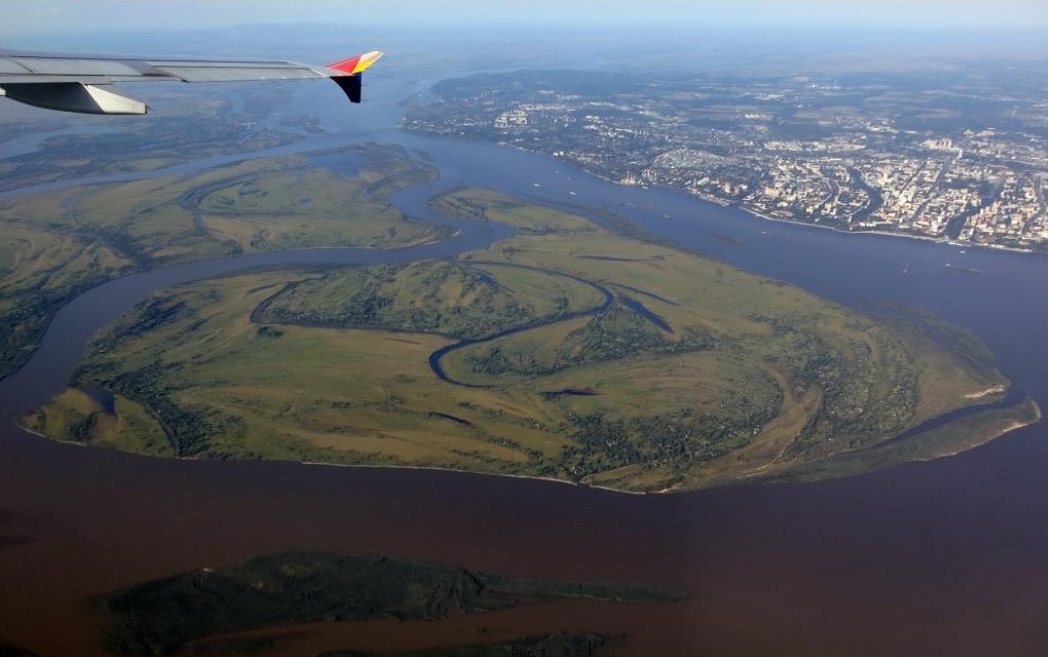 “This is a very serious project. Dear, but payable, because it is aimed at people. If the development of the Ussuri Island is aimed at the development of the transition between Russia and China, then we want to develop the island for the health of people, so that they move and rest. We plan that the sidewalks will be heated there, so it will be possible to walk there in the winter and summer, ”says Alexander Zhirikov.

One of the options for saving the authors of the project is its merger with the development project of the Big Ussuriysky Island, where it is planned to create a cargo-passenger automobile checkpoint between Russia and China. Alexander Zhirikov sent his proposal to the mayor of Khabarovsk, the governor, to the Public Council under the Ministry of Eastern Development, the head of the Ministry of Eastern and Eastern Development Alexander Kozlov, even wrote to the president, but has not yet received a clear answer to the proposal from the officials. The author suggested the idea to include the project in the National Program for the Development of the Far East from the Khabarovsk Territory. But this proposal remains unanswered.

More actively than others with the author of the project work in the administration of Khabarovsk. They have nothing against the idea, but they don’t hurry to grab it.

“The city looks at the idea positively, but the municipality has no such money for the project. There is no way to do without regional and federal support here. With the annual budget of the city in 14 billion rubles, if we come out with a similar initiative, even to the edge, we will be told that this is overkill. But since the project comes from the public, we are ready to support it, especially if the answer comes from commercial structures. For this, there are mechanisms of municipal-private and public-private partnership, ”said the head of the department for the implementation and maintenance of investment programs and projects of the Khabarovsk investment development management department, Andrei Slesarenko.

In order to attract investors and partners or get into government programs, you need to submit a ready-made conceptual solution and an island project taking into account the landscape, transportation, utilities. Only for the concept - the visual expression of the idea - it will take several million rubles. Again, the question is who will pay for this pleasure.

In 2013, during the flood, the island completely submerged. To create some objects on it, you should ideally raise it by five meters. According to preliminary calculations, only these works will require trillions of rubles. Another option is the construction of a dam. By approximate calculations, 9,9 billion rubles is needed for it.

In addition, the island will need to be connected with the city transport links. The construction of a reinforced concrete bridge takes about 10 billion rubles. And on the cableway, which was mentioned by the author of the project, 680 million per km would be required. As a result, everything again comes up against the economy: the state needs clear rationales for such a project, and investors need payback periods and ways to make a profit, since you will not get much money from the park.

The author of the project expects to take on the island about two million people a year. To provide such a tourist flow to the local population is impossible, visitors from other cities, according to experts, are also unlikely to give the right numbers. In the city administration they propose not to forget about the project at Cable, but to return to it later, when the city can attract tourists, including foreign ones, at the expense of other objects, for example, ski resorts.

“It is necessary to open a wide tourist corridor to the city, to make a border crossing with China. Maybe Alexander Zhirikov is right to think about the development of the island right now, in ten years to propose a project. The main thing is to offer real ideas. This is not the Russian island, the facilities for which were sharpened for the summit, FEFU and other purposes, which had some kind of infrastructure, is another story here, ”said Ruslan Gorlov, head of the investment development department of Khabarovsk.

Another option for the development of the island may be global events, for example, holding a Universiade in the city in order to build several facilities on the Cable one. However, the holding of these competitions is a very vague perspective.

In conjunction with the Big Ussuri

Now the concept of development of the island Bolshoy Ussuriisky, which is located in close proximity to Kabelnoy, is being developed. It is handled by the Vladivostok office of the British audit and consulting company Ernst & Young. It is still unknown whether the part of the island belonging to the city and Kabelny will fall under this concept, but the mayor's office believes that the development of Kabelny should be dealt with together with Bolshoy Ussuriysk.

“The project of the island of entertainment is real, but in the long-term perspective. The Big Ussuriysk will begin to develop, and Cable will be developed. There is already a road bridge, there is an order from the president to create a civilian passenger crossing. All this is the prospect of distant days, but we are not discarding it, ”concluded Ruslan Gorlov.

In the meantime, it remains to hope that the island of entertainment does not stand in one line of unfulfilled dreams on a par with a skyscraper and a golf club in Khabarovsk. 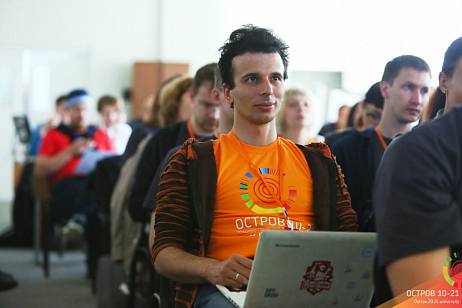 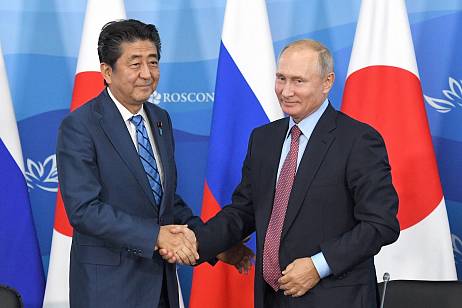