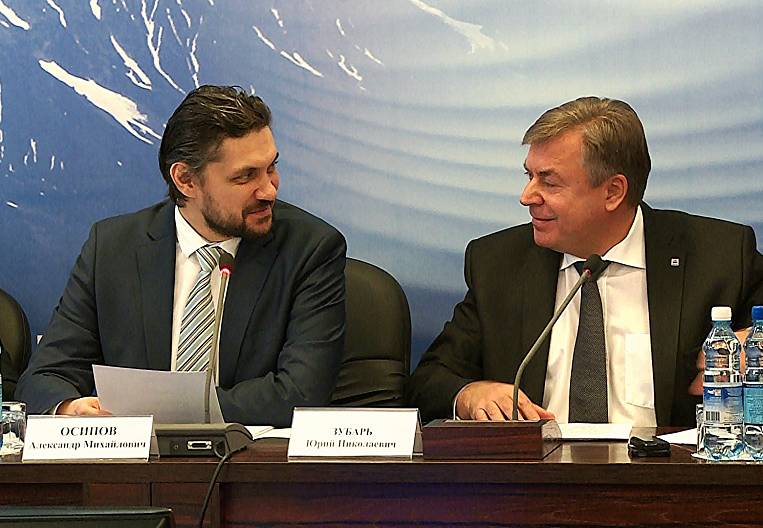 In the near future, the Far East will learn who will get 7 billion rubles, which in 2015 will be sent to the region to co-finance the construction of the territories of advanced development. Only five regions and regions and one republic claim for priority implementation of their projects. Among them is Kamchatka.

The project of the territory of advanced social and economic development "Kamchatka" provides for the creation of several industrial and logistics zones of the port type. A bulk cargo terminal, an international-class container and logistics terminal, a fishing and bunkering terminal and a business zone (social and business center) should appear. Some of the sites are planned to be created on the basis of the enterprises "Petropavlovsk shipyard" and "Tin and can factory". A number of industrial facilities and a business zone are based on the production facilities of the Petropavlovsk-Kamchatsky Shipyard on the shore of the Yuzhnaya Avachinskaya Bay.

In addition, the Paratunka tourist and recreation cluster and the Yelizovo airport complex are a priority for the Krai Government.

In order to assess the development of projects claiming to be included in the program of state support for priority development areas, Deputy Minister of the Russian Federation for the Development of the Far East Alexander Osipov arrived on the peninsula. He held several working meetings with potential investors, representatives of small and medium-sized businesses in the Kamchatka Territory, with representatives of the authorities, and on site inspected the territories in which the TASED is supposed to be created.

- I highly value TOSER "Kamchatka". These are real entrepreneurs and investment projects in a high stage of readiness. The investors themselves are able to realize them financially. Here, one territory of advanced development with four sites on unregistered land plots is declared. I do not yet have final figures, but speaking in general, it's about 20-30 billion private investments and from 7 to 20 billion of budget investments. Such indicators can lead Kamchatka to the top of the list, where applicants for funding are located in 2015 year. We understand that Kamchatka is not only a great potential, but also difficult conditions for the implementation of investment projects, a low starting point.

- Why is the port the priority?

- Without the development of the port and port facilities, it is difficult to think about the development of Kamchatka. The site in the port of Petropavlovsk is a key priority. It is also important to modernize Elizovo airport. Both facilities make Kamchatka accessible and realize one of the region’s main economic priorities - tourist and recreational activities. Associated with them is the site in Paratunka as a place of concentration of tourist infrastructure, as a place of rest and leisure. At the fourth site, in the southern part of the port, industrial facilities close enough to the logistics sites can be built. All subprojects are justified, they need to be filled with specifics and optimally calculated in terms of budget expenditures. To the edge, by the way, their implementation will bring thousands and then tens of thousands of new jobs.

- Is it realistic to turn the port of Petropavlovsk into a port hub where different traffic flows would cross?

- In fact, Petropavlovsk can become a hub port only when a number of issues are resolved. It is necessary, first, to modernize the commercial sea port, to put in order the berths, to engage in dredging. This will give an opportunity to enter the port of the regional capital to oceanic vessels with deep draft. Secondly, it is necessary to attract airliners to Kamchatka, which would leave cargo here, these cargoes could be redirected, divided into streams. And thirdly, it is necessary to make sure that the work here goes quickly, without long expectations, without burdensome procedures. Each of these areas requires time and organization.

For the modernization of the port, it is planned to attract residents residing in the port. In the second part, we are now actively working with foreign colleagues and are planning to establish a specialized company together with the Far Eastern Development Fund. It will convince freight carriers and shippers to bring cargo flows to the Russian port. They need to explain the benefits of using the infrastructure that will be created here.

On the third point, we are preparing amendments to the legal documents that would make the procedures conducted in our ports competitive with this practice in foreign ports. This is a long hard work, but it is underway.

- For whom the port of Petropavlovsk can become a place of cargo transshipment?

- Past Kamchatka now pass two traffic flow. This is the Northern Sea Route and a fairly large cargo flow from Southeast Asia to North American ports and back. Both routes are quite attractive, the main thing is that it is beneficial for the owners of maritime transport companies to enter the port of Petropavlovsk, to unload here, to receive new containers, to bunk.

- How realistic is it that the Northern Sea Route will work in full force?

- The economic model of operating the Northern Sea Route has long been proven. Those who doubt can look at the numbers: every year there is a doubling of the passage of ships along this route. And of course, from this you need to extract for themselves. To do this, we need to understand the need of those who can potentially use the Northern Sea Route and, anticipating their needs, create the objects that are necessary. At the same time actively involve shipping companies in their infrastructure.

The government has already taken decisions and is implementing projects to develop and operate the Northern Sea Route. Much is being done to allow for the possibility of ships calling, navigation, medical and food security, bunkering, immediate assistance in case of emergencies. Up to the point that we make special security decisions.

- Will the collapse of the Russian ruble affect the implementation of the idea of ​​creating territories for advanced development?

- For most of the submitted projects, investment efficiency has only increased, because they are oriented to foreign markets. In the Far East, shops and manufactories can not be residents of the territories of advanced development, because because of the small number of the population, the orientation to the domestic market is not profitable. And on the outside all calculations are in currency. It is important that the overwhelming majority of the projects that we considered have financial issues already resolved. We have money, investors say. Your Kamchatka investors are mostly not going to take money from financial institutions in Russia, but are hoping for their own strength and help from South Korean sources of capital.

EastRussia.ru - information partner of the newspaper "Fisherman of Kamchatka"