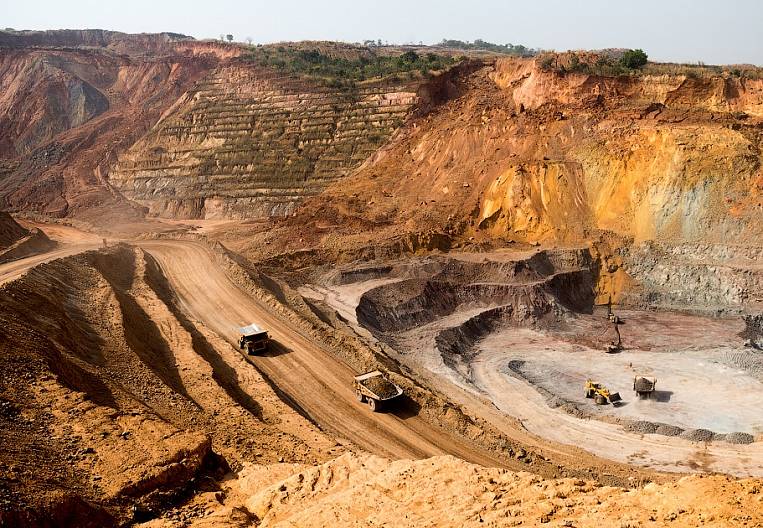 The economy of Kamchatka Krai in 2018 will reach new growth horizons. The volume of industrial production, according to preliminary data published by the regional government, will increase by 4%, while some sectors, for example, the food industry, have added 15%. Investments will increase by 7%. The region in the National rating of investment attractiveness ranks thirty second among all the subjects of the Russian Federation. Next year, the regional authorities set the task to rise in the rating by another eight positions.

Strong economic growth allows the regional authorities to pursue a dynamic budget policy. In the Kamchatka region, according to the local government, there are 25 state programs. The volume of their financing, according to the data for the three quarters, amounted to 50,5 billion rubles, including from the regional budget - 43 billion rubles. Basically, state investments are directed to the items “national economy” (22,9% of all expenses), “education” (19,2%), “social policy” (18,2%), and housing and public utilities (11,3%). The budget has no outstanding obligations and debts. The average salary of workers falling under the May presidential decrees of the Russian Federation has doubled on average compared to 2012, I told in an interview with the head of the region, Vladimir Ilyukhin.

Success in diversifying the economy is noticeable - the mining industry has become a significant driver for the development of Kamchatka, said Marina Sabbath, deputy chairman of the regional government, in a recent interview. “Dynamic impact on the growth of other sectors of the economy can have, first of all, large infrastructure investment initiatives. Important projects in the mining sector. The industry provides significant revenues to the budget, develops the northern areas of the peninsula, in whose territory the mining sector enterprises are mainly concentrated ”, said she is. At the same time, the deputy chairman of the regional government noted a “certain decline” in the growth rates of mining, explaining this with characteristic industry cycles. She expressed confidence that the TOR regime, which, according to the decision of the federal government, will be extended to a number of mining projects, will lead to a new round of accelerated growth of the sector.

Two investment projects have already been launched in Kamchatka aimed at developing the region’s export activities in cooperation with China, Ilyukhin said. These are the construction of the Shanuch mining and processing plant (the investor is the Swiss company Molumin AG, the profile is the extraction and primary processing of copper-nickel ore), and a project for the extraction of artesian water for export to China.

Gold mining is the second strategic industry in the region. In the 2017 year (data for 2018 is not yet available) 6 682 kg of gold was mined in the region, including indigenous gold - 6 539 kg (increase - 3,2%) and alluvial - 143 kg (growth - 72,0%), follows from the marginal report government. The company "Gold of Kamchatka" annually mines about 5 tons of gold, having a resource base of over 12 million troy ounces (about 375 tons). This company is associated with the creation of a new branch of the economy - the mining sector. It was she who formed the second pillar of the economy, which, following the fishery, ensures the growth of the regional economy. After relatively recently (since 2005) the company “Gold of Kamchatka” started working in the region, other subsoil users appeared there. By 2025, the volume of gold production on the peninsula, according to the plans of the regional authorities, should be 17,5 tons. Such results will be achieved through the implementation of large investment projects, emphasized Regional Minister of Natural Resources and Environment Vasily Priydun.

An important event for the region and for the company will be the entry of the Gold of Kamchatka projects into the Territory of Advanced Development (TOR). Relevant agreements of intent were signed in September 2018 at the next Eastern Economic Forum. Recall the decision to enter the PDA takes the federal government. The company signed two agreements at the WEF, the expected amount of investments in both of them will be 6 billion rubles. Under the terms of these documents, the company will implement the following projects on the peninsula: “Construction of an underground mine and modernization of a mine at the Ametistovoe deposit” (4 billion rubles); and “Creation of a GOK on the basis of the deposits of Kamchatka Gold JSC (2 billion rubles). "The implementation of the plans will allow the flagship of gold mining in Kamchatka to intensify the production of precious metals in the region and support the work to diversify the regional economy," the company said. “The signing of agreements will allow us to get tax breaks and direct the saved funds to the development of enterprises, as well as to conduct exploration in the Kamchatka region. This is the life of the industry, taxes, jobs, ”a company top manager told reporters after the ceremony.

At the end of the year, the company became the winner of the auction for the right to use the subsoil of the licensed area “Oriole”, which is located next to the largest enterprise “Zolota Kamchatka” - GOK “Ametistovoe”. The estimated resource of the object is about 10 tons of gold. The development of this site will expand the mineral resource base of the plant, thereby increasing the period of its work, which in turn will extend the payment of taxes to the budgets of different levels, as well as save jobs for a longer period.

In the third quarter, the structures of Zolota Kamchatka started the development of another field, Baranyevskoye. 2019 year will be a period of gradual release of mining at the design capacity. The balance reserves of the property are estimated at 30,5 tons of gold and 20 tons of silver. In 2019-2020, this field will become the main resource base for the first Kamchatka mining enterprise, the Aginsky mine. Entering a new facility will allow 1,2 production of tons of gold, as well as jobs and tax revenues, to be maintained at the plant.

The positive vector of development of the regional economy allows you to maintain social stability, implement programs to improve the quality of life of the population, as well as set ambitious goals.