“Kamchatka is a brand” 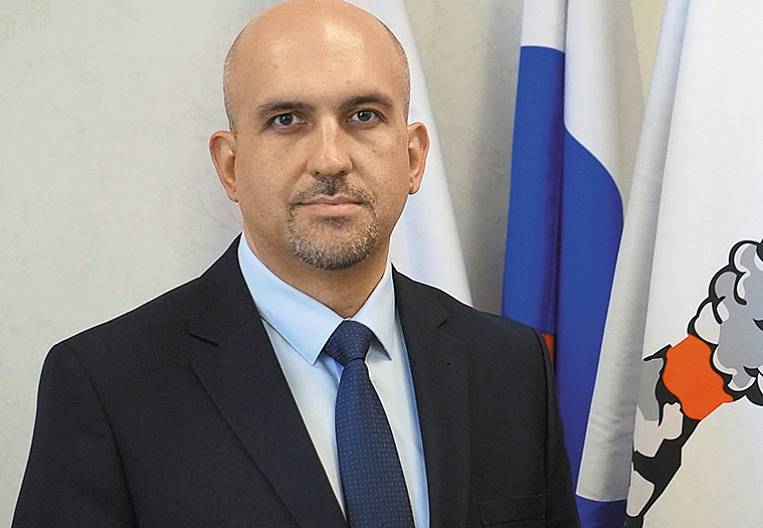 Kamchatka is a brand, it is a unique wilderness area, travelers from all over the world really strive to get here, and Petropavlovsk-Kamchatsky accumulates tourist and business flows from the whole region. It is a city known for its history, the only ocean port in the territory of the Russian Federation, a city founded by sailors, living by the sea. We associate our future primarily with the development of tourist shipping. A convenient gate to Kamchatka, both air and water, is one of the key factors for the development of tourism. Previously, cruise liners stayed on our raid, and it was extremely uncomfortable. Now in Petropavlovsk-Kamchatsky, a modern sea terminal has been built and has already been put into operation, reconstruction of the quay walls is under way, and later it will be possible to receive even larger tonnage vessels. The Kamchatka Territory Development Corporation has plans to turn the port part of the city into a “bucket” adjacent to the sea port. The air gates to the region are also being improved, so that we can take additional charters, have access to the Asia-Pacific countries, from where more tourists would arrive.

Kamchatka has long been a closed region. The main contingent was made up of fishermen and the military, and the formation of infrastructures was far from being for tourist purposes, and the features associated with our relief, the seismic situation, were superimposed on this. Therefore, in architectural terms, many areas of the city were originally built without sidewalks and storm drains, and the starting positions of Petropavlovsk, in comparison with other cities, were not the most advantageous. The turbulent period of the city’s development came in the post-war period, when the Soviet Union entered the world ocean and development proceeded by salvo. But people came for a certain period of time, to earn money, on call, and the infrastructure was given little attention. But there are those growth points that nature has given us, they can and should be used, and we still have much to do. The last two years, thanks to the spread to Petropavlovsk of preferential regimes of the free port of Vladivostok and the regime of TOP, it turns out to attract investors, and not just budgetary funds.

In the city we see four main directions of development. The first is the center, where both budget investments and the activity of free investors are already bearing fruit. In the future, we will have three rings in the city, three walking zones: around Kultuchny Lake, where the improvement of the territory adjacent to the reservoir from Lenin Square, goes to the final stage and where investors equip a modern hotel, a fish restaurant and an ethnic village. At the expense of the regional budget, the construction of the Spartak stadium is underway, and a pedestrian zone with historical, entertainment and sports locations will appear around the lake. The second is a modern natural park on Nikolskaya Hill, a historic place associated with the defense against the Anglo-French landing. There we are restoring cultural heritage sites, the works entered the final stage and should be completed in November. Next year there will be only landscaping. The third growth point is the Target Hill located in the city center. This year a modern and interesting viewing platform in the form of a crown was built on it. But we need a footpath, so we will clear the foot of the hill and driveways from the garages, do parking and provide the necessary infrastructure for the ascent to the Target Hill. Now we are developing a joint concept with young entrepreneurs. The fourth direction is the famous black sands of the Khalaktyr beach. Here we work in close cooperation with the tourism agency of Kamchatka Krai. It is necessary to solve the issue of transport accessibility, then it will be a full-fledged tourist urban cluster. The Halaktyr beach itself is a tsunami hazard zone, the construction of capital structures is impossible there, but modern modular structures exist. Another interesting place is the territory near the Medvezhye Lake, next to which the Petropavlovsk and Geyser hotels are located, and next year another one should be introduced on 50 rooms; In the same area, the construction of the visit center of the Kronotsky Reserve is planned. There may appear interesting stories for tourists: places for camping, barbecue, gazebos, ethnic sculptures. If the work in the center is mainly associated with the improvement and attraction of large investments, large budgetary injections, the Mishennaya hill, Medvezhie lake, Khalaktyrsky beach require more infrastructure solutions from the government, creating growth points for small and medium businesses. 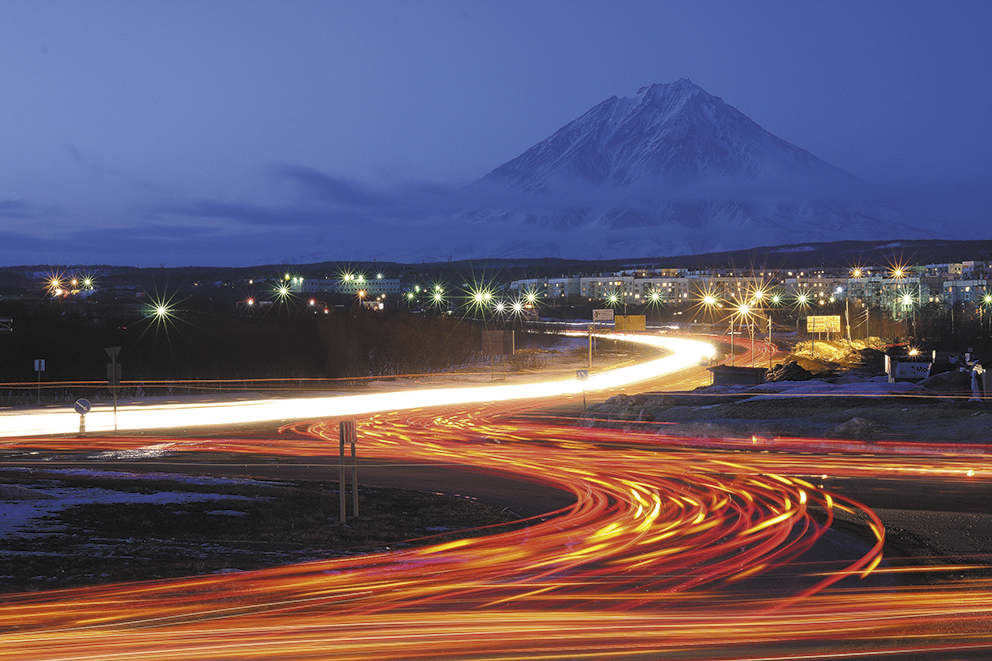 Petropavlovsk-Kamchatsky has a dense event calendar. Signal can be attributed to the race-prologue before the "Beringia"; festival of extreme winter sports "Snowy Way", satellite race "Beringia". The festival of sea fishing "Cool safari", which is held in June on the shore of the bay Malaguernaya, where for a certain period the fishermen need to catch the flounder marked in advance by the organizers. Last year the main prize went to Volgograd. In September, a young but bright holiday is held - the military-historical festival “From Russia to Russia”. There is the Day of the first fish and Hololo. The volcano's Day is held at the regional site, and the Elizovsky sprint is held near its neighbors. In April, the Avachinsky Marathon is held.

Fishing, hunting and sports are possible almost all year round. Recently, the movement of surfers and kayakers has been actively developing on Khalaktyrsky beach. In general, the city's specialty is everything that is connected with the sea. Every year there are more private yachts that offer excursions around Avacha Bay with or without going out of the gate, with fishing, diving, crab, sea urchin fishing, calling on Starichkov Island, where there are bird markets. In addition, Petropavlovsk-Kamchatsky is one of the three cities in the world where sea lions go to bed in the city limits. Thanks to the entrepreneurs, a sculpture was erected on the city fountain: the sea lion, mother and sea lion, they are one of the symbols of our city. At the end of September, the Sea and Life festival takes place. There are many events, and if a tourist comes during the season for a couple of weeks, then he definitely gets to several events. In addition, we traditionally have a special attitude to the Day of the Navy and the Day of the Fisherman, these are very interesting events, the whole city goes out to mass festivities.

As for the museum and exhibition sphere, there is a modern interactive "Volcano Museum" Vulkanarium ", a very interesting exposition, it’s just beyond words, and absolutely enthusiastic people are engaged in it. The City of Military Glory exhibition hall was repaired; next year we plan to put in order the territory where samples of military equipment are exhibited. This year, a composition dedicated to the Kuril landing force appeared next to the city administration. I think more sites will appear, which will be provided not only by budget organizations, but also by entrepreneurs. There are private museums, such as the Museum of the USSR.

Much will have to be done in the direction of catering. Very interesting establishments appear, offering certain cuisine made from Kamchatka products and original dishes. But, in my opinion, there is still much work ahead. Kamchatka also has a lot to do in terms of human resources. Who will work in the hotels? Who will be the guides? We need to train these cadres now. For now, we, as the host country, need to improve our qualifications. After all, building a hotel is half the battle; if it employs low-skilled personnel without knowledge of foreign languages, what impression will be formed and what contingent will be settled there? Therefore, there is a lot of joint work of the authorities and business to create a common basis for hospitality. It is necessary not only to build, but also to breathe life, meaning into it.

I will give an example of how important it is to tell about us correctly. We have the Association of Mayors of Cities of the Far East, Siberia, Transbaikalia and the western coast of Japan. Meetings are held once every two years, once in Japan, once in Russia. In August next year, 15 – 20 mayors will arrive in Petropavlovsk-Kamchatsky. When we were in Niigata in 2017, we were convinced that the Japanese know a lot about the Far East, they do not need to talk about volcanoes, bears and salmon. But they know almost absolutely nothing - and I emphasize that these are mayors, not just ordinary people, about our service. They have an idea of ​​modern Russia as if it has not changed since 90's, they live by rumors and know nothing about the potential of our travel agencies, Japanese-speaking guides, the quality of our cuisine, and the Japanese are very scrupulous in this matter. Therefore, if someone thinks that we tell a lot about ourselves, we advertise, then in fact, not enough! We need to seriously engage in branding tourism in Kamchatka as a whole.
Tags: tourism Petropavlovsk-Kamchatsky development natural Park culture public catering calendar of events
January 18: current information on coronavirus in the Far East
Digest of regional events and latest statistics
Media News2
See also: