How not to lose big in pursuit of small 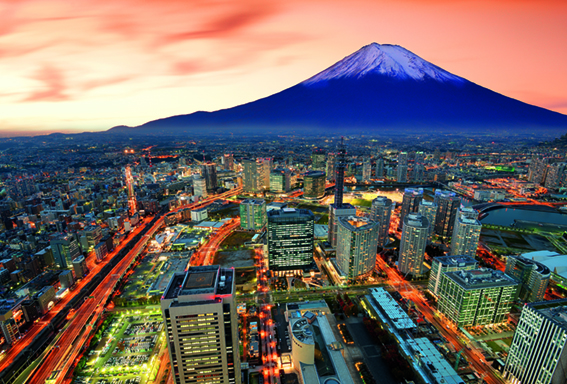 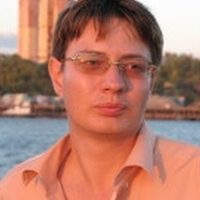 the head of scientific programs of the Asia-Pacific Center RISI (Vladivostok), associate professor of the School of Regional and International Studies of the FEFU, Ph.D.

How not to lose big in pursuit of small Union of the Bear and the Dragon. On the Russian-Vietnamese MTC
All author's materials
Andrey Gubin, Ph.D., head of scientific programs of the Asia-Pacific Center of the Russian Institute for Strategic Studies, associate professor of the School of Regional and International Studies of the FEFU:
- Japan has recently been demonstrating steady growth both in terms of trade turnover and in terms of investment activity in Russia and the Far Eastern regions. In many respects, this became possible thanks to the established relations between the leaders of the two states and the well-established understanding in Tokyo that Russia is an important partner, the potential of cooperation with which is much more attractive than the ephemeral possibility of resolving the "old" conflict around the disputed islands.

Contrary to popular belief that the political dialogue between Moscow and Tokyo is limited only by a territorial dispute, interaction is being built on a wide range of issues and has recently been developing in the light of changing global and regional situations. It is extremely indicative that Japanese Prime Minister Shinzo Abe complained about the absence of Vladimir Putin at the G-7 summit in Brussels in June 2014 and expressed the hope that Russia will be involved in solving major world issues, while the Land of the Rising Sun its turn aims to continue a constructive dialogue with Russia. It is likely that Russian-Japanese relations will continue to line up in this regard in a bilateral format, including the meeting of the Ministers of Defense and Foreign Affairs of the two countries according to the “2 + 2” scheme.

At the beginning of November 2013, the first round of inter-ministerial consultations took place in a new format according to the personal agreement reached between Russian President Vladimir Putin and Japanese Prime Minister Shinzo Abe in April of the same year. As Russian Foreign Minister Sergey Lavrov noted, "the decision of our leaders reflected their desire to give Russian-Japanese relations the character of a strategic partnership, to strengthen mutual trust, to expand cooperation on issues of global and regional security." It is worth noting that the idea to hold negotiations in this format was proposed by the Japanese side, before that Tokyo practiced similar meetings only with Washington and Canberra. The head of the Japanese Foreign Ministry Fumio Kisida, meanwhile, noted that "the Japanese-American alliance still occupies the leading place in Japanese security policy, nevertheless, the deepening of security cooperation between Japan and Russia as the main players of East Asia will contribute to the affairs of stability region ".

Among the important outcomes of the meeting "2 + 2" is an agreement on regular expert consultations on cybersecurity to develop common rules for behavior in the information space. Also, the defense departments of the two countries will begin consultations on missile defense. For the Russian side, the creation of the US global missile defense system, including the deployment of certain segments in Japan, as well as the self-defense ships, is a serious concern in connection with the possible disruption of the balance of power in the Asia-Pacific region.

One protocol moment is also interesting: Japanese Prime Minister Shinzo Abe received Russian ministers Sergey Shoigu and Sergey Lavrov on a day off at his private residence. This indicates the extremely high interest of the head of the Japanese government in the development of a comprehensive political dialogue with Russia. As it seems, an equal and full-fledged discussion of regional and global issues with the Russian Federation, including security aspects, significantly enhances the foreign policy image of Japan as a responsible "middle power" pursuing a restrained foreign policy. In addition, the benevolent tone of bilateral relations also significantly impedes Beijing’s destabilizing actions in the East China Sea.

In late April 2014, President Barack Obama visited Tokyo during his Asia tour. One of the main statements was Washington's reaffirmation of obligations to protect Tokyo in confrontation with Beijing over the disputed islands, which are "ruled by the Japanese side." In addition, the American president hastened the Japanese prime minister to fully enter the Trans-Pacific Partnership, noting the lack of progress on the Japanese side in regulating tariffs and providing access to the car market. Of course, the situation around Ukraine was also discussed, which was given more time on the agenda than even North Korea. Shinzo Abe was quick to point out that the Japanese-American alliance is more reliable than ever ...

Even despite the condemnation by the Japanese government of Crimea's entry into Russia, Tokyo for a long time refrained from imposing sanctions, the restrictions were of a minimal nature, and the most unpleasant was the suspension of talks on simplifying mutual trips of citizens. Tokyo held for some time after Obama's April visit, but after the collapse of the Malaysian Boeing over the self-proclaimed Donetsk People's Republic in July, the pressure from the Americans intensified significantly, and the Japanese succumbed.

In late July, Tokyo announced the imposition of additional sanctions against Russia: it is expected to freeze the assets of individuals and organizations "directly involved in the Crimea's accession to Russia and destabilize the situation in eastern Ukraine", restrictions were imposed on the import of Crimean goods. The Russian Foreign Ministry considers the decision of Japan based on an erroneous idea of ​​the causes of what is happening in Ukraine, moreover, it shows the country's non-independent policy. 22 August, Deputy Foreign Minister of Russia Igor Morgulov handed to the ambassador of Japan in Russia Tikahito Harada a list of Japanese nationals, against whom restrictions on entry into our country were introduced in response.

It is curious that not all Japanese support the official position of Tokyo. There is even an opinion that the time has come for “rebellion” of Tokyo against Washington, since the movement in line with American politics turns into substantial economic and reputational losses. However, despite the obvious benefits of partnering with Russia, Japan cannot yet neglect an alliance with the United States, primarily because of the Chinese threat.

In 2013, Japan ranked seventh in the list among Russia's economic partners, and the historical maximum turnover in 33,2 billion was also reached. At the same time, according to the Deputy Minister of Economic Development of Russia Alexei Likhachev, both countries expect to expand the scope of economic cooperation in order to achieve the level of commodity turnover in 2017 billion dollars by 50.

The dynamics of Japanese investment in the Russian economy remains stable. In 2013, the accumulated investments exceeded 12 billion dollars.

Over the past two years, the climate of interregional cooperation has also improved significantly. So, in 2012, the foreign trade turnover of the Primorsky Territory with Japan amounted to 885 million dollars, and in 2013 already exceeded 1,87 billion, investments for the year increased from 14 million to 1 billion!

In March, the 6th Russian-Japanese Investment Forum was held in Tokyo by 2014, organized by the Ministry of Economic Development of Russia and the Ministry of Economy, Trade and Industry of Japan. During the event, 12 agreements and memorandums in the sphere of Russian-Japanese cooperation totaling more than 2,5 billion dollars were signed. The main projects include the export of Russian grain through the ports of the Far East; development of new energy and industrial technologies in the field of renewable energy sources in Kamchatka; low-rise construction in the Far Eastern regions; launch of mini-CHP in Primorye. The agenda was continued at the St. Petersburg International Economic Forum in May 2014, but the Russian-Japanese theme was not as bright as the Russian-Chinese one, for example.

There are opinions that the emerging trend of Japan’s gradual lifting of restrictions on economic cooperation with Russia, especially with its Far Eastern regions, including investment activity, will diminish due to the tightening of the sanctions policy towards our country by the United States and its allies. At the same time, Japanese representatives actually propose to separate economic issues from political issues, especially those related to events in Ukraine.

In general, it can be stated that Japan today faces a historic choice: to be an independent, responsible "middle power" that plays an important role in solving regional and global issues, or to remain in US orbit. Today, it is really early to talk about breaking the US-Japan military alliance, although, given the nature of the development of the Self-Defense Forces of Japan and the movement to revise the interpretation of the Constitution, a trend has begun. However, Tokyo has the right to independently form the agenda of bilateral relations and determine their format, as evidenced by the significant progress in Russian-Japanese cooperation over the past two years due to the obvious need for rapprochement between the two countries in new geopolitical conditions.

The notorious Chinese threat is a thesis actively used by certain nationalistic circles in Japan and Russia. The current position of Beijing is reasonable and balanced, the country gradually comes to the level of a global power and is more concerned with the problems of sustainable development than with the possibilities of a direct military conflict with its neighbors. Undoubtedly, the presence of contradictions with the United States leaves its imprint. At the same time, Russia, being in the strategic partnership with the PRC, has effective means of dialogue with the Chinese side and full mutual understanding on the regional agenda. The main danger today is the mutual mistrust between Russia and Japan, actively cultivated by Washington and significantly hampering the consolidation of the obvious achievements already achieved in the economy and in the security sphere. Do not forget that the difficulties of Russian-Japanese relations will be affected first of all by 6 million Far Easterners, for whom the Land of the Rising Sun traditionally is an attractive partner and has a positive image, even in spite of the complex historical experience.
Tags: Japan geopolitics Chinese threat Primorye
September 25: current information on coronavirus in the Far East
Digest of regional events and latest statistics
Media News2
See also: