Attracting personnel is a problem for many enterprises in the Far East. For production to develop, one has to provide preferences, invite workers from other regions and countries, and sometimes train them from scratch. As this issue is being resolved at one of the largest gold mining companies in Russia, Ruslan Evdoshchuk, HR Director of Kamchatka JSC, told EastRussia. 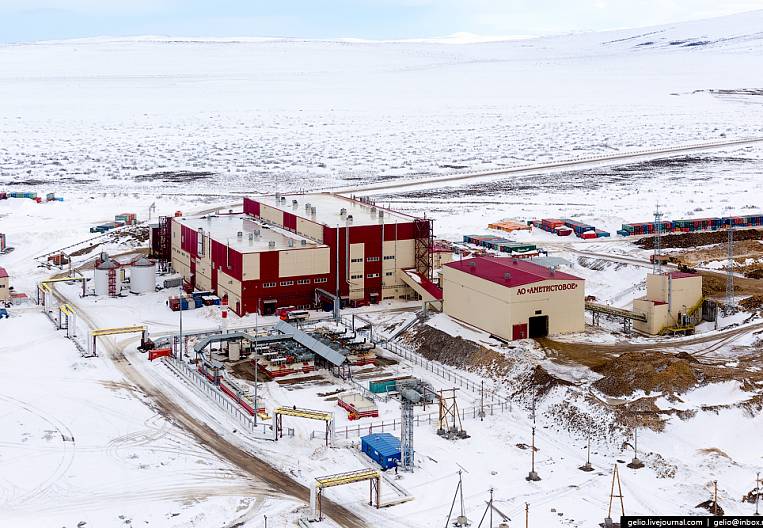 - Your company, in addition to existing projects, is developing new ones. The Baranyevsky mine, an underground mine at the Amethystovoye deposit, work on the Kumroch deposit is due to begin soon. How many workers will be needed for this?

- At the Baranyevsky mine about 200 people are now working, when its mining reaches full capacity, the total number will be about 300 people. Since the beginning of this year, we have been driving underground mines in the Amethystovoye field. This required us to attract more than 150 workers of various qualifications - from laborers to engineering staff. We transferred some workers with significant experience in developing the Aginsky field to Amethystovoye.

Pre-design work is currently underway at the Kumroch field, so workers have yet to be recruited. The GOK, which will be built, is comparable to the Amethystovoe GOK, so we can talk about about 1 200 of new jobs.

- How do you attract employees? Who is more at the enterprise - local workers or visitors from other regions or countries?

- Kamchatka is a traditionally fishing region, while the mining industry has only recently emerged, so very few specialists can work in our factories. Nevertheless, we are negotiating with secondary and higher educational institutions of the region for cooperation in training the personnel we need. In addition, we are actively attracting workers from various regions of the country and the CIS, we are participating in Far Eastern programs to attract personnel.

- The Kamchatka Territory is a remote region, not everyone agrees to go there to work. How do you manage to attract employees? What kind of preferences do you give them? Does the company pay the way to the vacation spot for employees and their families, as required by law?

- Kamchatka is a remote region, but our working conditions are about the same as at any other gold mining enterprise. Therefore, it is not so important for the shift worker to work here or in another Far Eastern or Siberian region - the climate and logistics are similar.

We pay decent wages, build comfortable hostels, provide good nutrition, organize leisure time, both at the enterprises themselves and on business trips to the capital of the region. Naturally, we are not a sanatorium, and workers visiting the shift understand that they have to work two or three months. At the same time, the rate of staff turnover at our enterprises is below the average for industrial enterprises, which means that the vast majority of staff are quite conditions.

At our enterprises, employees receive all the preferences laid down by law, such as payment of fare on leave every two years, northern allowances and others. In addition, we pay for employees to travel from gathering places in the home region to the enterprise and vice versa.

- The problem of the Far East is the lack of qualified personnel. Do you run into her? If so, how do you resolve this issue?

- In the Far East, gold mining is developed in many regions, so talking about a shortage of personnel would not be entirely true. But the specifics of our industry is such that the companies work on a rotational basis, respectively, an employee lives in Krasnodar or Yakutia, and comes to work in Kamchatka. Of course, it is more profitable for us to recruit staff exclusively from local workers, which we do if possible, but the reality is that we have to spend a lot of effort and money on staff logistics.

- For workers in this area salary and working conditions are important. What is the situation with these aspects in your enterprise? How is the amount of payment determined at the enterprise, is the average wage in the industry and in the neighboring territories taken into account?

- The salary at our enterprises is higher than the industry average, we checked with Rosstat data. Working conditions, as I said, are also decent, so our staff turnover is so low.

- Now even women who are traditionally engaged in male work, for example, drive heavy trucks, are attracted to mining. Does such a “Kamchatka Gold” practice?

- We do not have any gender restrictions, but still mostly women in enterprises work in households, geology, and laboratories.

- Last November, the company had a conflict with employees. As a result, we agreed with the workers. How did this story end?

- In our opinion, in many respects that conflict was fueled by throwing inaccurate information and the fact that employees gave out wishful thinking. But if it was more spontaneous in the Amethystovo GOK, then at our other enterprise, the Aginsky GOK, although there was no acute conflict, local unscrupulous trade union activists conducted a targeted information campaign among the workers, simply deceiving them. They talked about some mythical payments allegedly due to them and other obligations of the employer. Naturally, a person who is not savvy in these matters would rather believe such a “benefactor” who paints mountains of gold. However, the legitimacy of these claims was refuted by the state bodies to which the activists applied.

A vivid example was a legal dispute with one of these activists named Kozhevnikov, who was fired for improper behavior at a hazardous production facility. As a result, after official proceedings, the court of two instances confirmed the legality of our actions to terminate the employment contract with this employee unilaterally.

Therefore, it is very important in such situations, when there is disagreement, not to give in to the actions of provocateurs, but to come to the employer and build an honest and constructive dialogue. A company would never risk its reputation and deceive employees in any way violating their legal rights.

- And what measures are you taking now so that such situations do not arise?

- Last year’s conflict revealed moments that were missed in relations with employees. We worked them out and took the necessary measures, hired psychologists and additional staff specialists who regularly hold meetings with employees and explain all arising issues regarding payroll, other payments and compensations, work rationing, the right to pay for travel, and any to others.

In addition, we equipped psychological relief rooms, where workers can relax from a hard day, relieve stress. We began to actively engage in the organization of sports and intellectual events, so that the employee could escape from work. All these actions are aimed at ensuring that the staff stay at the site is most comfortable for them.