The ports were struck by a "coal way" 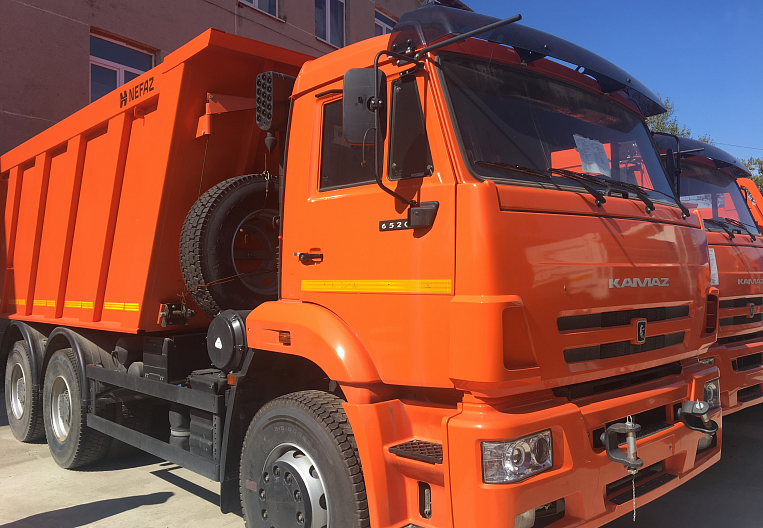 Special project TORA and Free Port
OGK Logistic decided to deliver coal to seaports, invested about 250 million in the project and now, on average, carries about 180 thousand tons of coal per month.

The OGK Logistic company was established in September 2017, and already in November the leaders were the first in the Uglegorsk District of the Sakhalin Region to sign an agreement with the Far East Development Corporation on the activities of a resident of the Free Port of Vladivostok. In January 2018, the company began transporting coal under the current contract with LLC "SUR" from the Solntsevsky coal mine to the seaports of Shakhtersk and Uglegorsk.

- A special regime of tax regulation, a simplified procedure for approvals and inspections - all these measures provided for residents of the SST, removed a number of administrative barriers and helped the company to quickly get on its feet and "unwind". In particular, two months have elapsed since the receipt of the status of the resident of the SPV prior to the launch of OGK Logistics. And pretty quickly we reached the planned performance indicators, - said the general director of LLC "OGK Logistic" Anatoly Svershchuk.

The main task of the resident is to provide the customer with the necessary amount of cargo equipment for the transportation of coal in a timely manner, thereby ensuring the transportation of solid fuel in the required volume. To this end, OGK Logistics has formed a production base of 30 heavy-duty KAMAZ trucks with trailers. Their total carrying capacity is 1 200 tons. The fleet is new: the cars have been purchased from a local company. On Sakhalin, consumables are purchased, as well as modular structures and other necessary equipment. In order to work in accordance with modern logistics standards, the company has equipped all trucks with a geodetic system. It allows you to optimize the work of the enterprise and respond quickly to abnormal situations.

For reliable work, qualified personnel was also needed. The Agency for Human Capital Development in the Far East helped to attract and prepare them. Most of the employees are Far Easterners. For 100 people have created all the conditions for working on the watch.

- A good investment support is provided by a zero income tax rate. The company is developing additional free financial resources for investment in further expansion of production in the region. Today, for example, we are considering the acquisition of an additional 30 units of trucks in order to increase the volume of traffic. The volume of additional investments will amount to about 260 million rubles and will create at least 120 more jobs. This, in turn, will contribute to the stable development of the energy industry of the Sakhalin Oblast, which forms a significant part of the regional budget, explained Anatoly Svershchuk.

In the first six months of operation, the company transported more than half a million tons of coal and in the second half of the year plans to double its productivity, bringing the volume of traffic to an average of 240 thousand tons per month. OGK Logistic expects that the annual volume will be more than two million tons of coal.

In September, the company as a resident of the free port will take part in the Eastern Economic Forum in Vladivostok. There, OGK Logistics plans to obtain new knowledge and connections for business development.

- A significant mechanism to support the residents of SPV is regular meetings with the participation of government representatives. This allows for an open dialogue, promptly receive consultations on emerging issues for residents and solve problems, "said Anatoly Svershchuk.

In the future, OGK Logistic plans to create subsidiaries and expand its presence in the regions of the Far East.

Published in the journal "Economics of the Far East"
You can subscribe to the magazine on the portal investvostok.ru