The keys to the copper pantries

The government decided to include the Baikal Mining Company (USM group of companies, founder Alisher Usmanov), which is developing the Udokan copper deposit and building a full-cycle cathode mining and metallurgical plant in the region, as a resident of the Trans-Baikal Territory of Advance Development copper and sulfide concentrate. 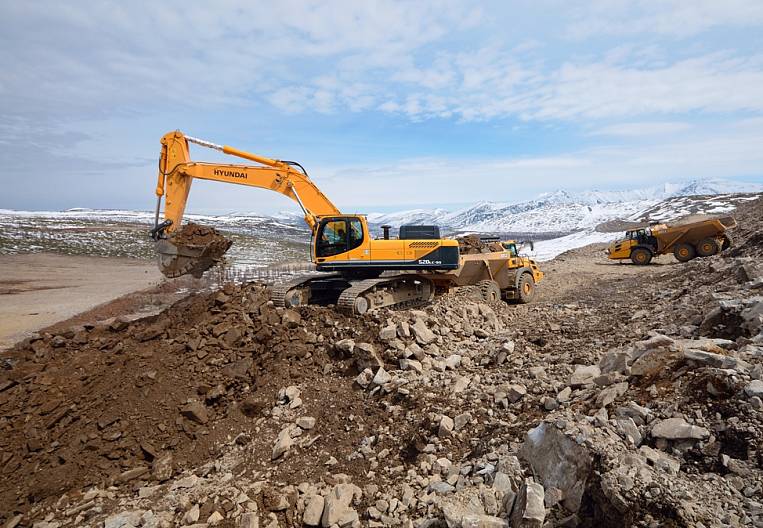 Speaking at a meeting in the capital of Transbaikalia immediately after the signing of a government decree on the creation of an ASEZ in this region, Russian Prime Minister Dmitry Medvedev called Udokan a “key project” for the territory.

“Udokan copper deposit is one of the largest in the world. Thanks to the TOP regime, it is possible to reduce the financial burden on this project, to implement it in a short time, ”said the Prime Minister of Russia.

According to him, today the low density of infrastructure hinders the development of the economy of the region, especially in the north of Transbaikalia, where the main mineral resources are concentrated. That is why it was required to extend the system of tax incentives and preferences to the region, as well as to provide state support for infrastructure projects.

As you know, the Trans-Baikal Territory was relatively recently (in November 2018), together with the Republic of Buryatia, included by decree of the President of Russia Vladimir Putin in the Far Eastern Federal District - before the region belonged to Siberia. This automatically meant that all the preferences and mechanisms for stimulating economic development that the Russian Far East had received five years ago began to spread in Transbaikalia. Including - the opportunity for individuals and legal entities to conduct their business in the TOP system. Residents of 20 Far Eastern TOPs have significant tax incentives in comparison with other companies and enjoy financial and administrative support from the federal center, local and regional authorities.

The scope of activities of residents of the TOP is not limited by law. However, of course, major projects are welcomed in priority sectors for the Russian Far East - mining, manufacturing, construction, energy, etc. Of particular importance for the economy of the Trans-Baikal Territory, which for many years suffered from stagnation and recession, is the production of high value-added products, the introduction of world-class innovative technologies, the creation of not only the enterprises themselves, but also developed infrastructure, which increases the investment attractiveness of the region. In this regard, the construction of a full-cycle metallurgical plant at the Udokan field is a great opportunity to give an impetus to the development of the entire economy of the region. According to the company's management, before the 2022 of the year, when the first phase of the plant is planned to be commissioned, over 2400 jobs will be created here - and this even without taking into account related industries. The latter circumstance is very important for Transbaikalia, where in recent decades the unemployment rate has been quite high.

Acting Governor of Transbaikalia, Alexander Osipov claims: within ten years, only ten thousand jobs will be created in regional TORs. The regional authorities are counting on attracting about two trillion rubles of investments. A substantial part of these funds will be invested specifically in the development of Udokan. The total budget of the project is about 2,9 billion US dollars, shareholders have already invested more than 870 million dollars in Udokan. An agreement on a syndicated loan in the amount of 1,79 billion dollars for 12 years has recently been signed by Gazprombank, VEB.RF, Sberbank and the field’s development operator, Baikal Mining Company. Next year, the delivery and installation of equipment will begin under a contract for 250 million euros with one of the world manufacturers of equipment for mining and processing - the Finnish company Outotec. Here they will be able to produce about 12 million tons of ore per year - and receive from it 65 thousand tons of cathode copper plus 125 thousand tons of concentrate with 45% copper content. With the introduction of the second stage of the mining and smelting plant, productivity will be possible to increase four times.

The richest deposit discovered back in the late 1940 years, the largest in Russia and the third largest in the world (26,7 million tons of copper - in accordance with the Australian JORC code) did not develop at all for many years and it worked only in exploration mode. Work then resumed, then stopped again. They even planned to open it with a series of directed nuclear explosions - but in time they abandoned this idea. With the collapse of the USSR, the economic crisis finally put an end to all plans. How did it happen? The explanation in a single word: "unprofitable." The Kalarsky region of Transbaikalia, where valuable metals are deposited, is difficult to access and seismically unfavorable. Near the field there were no access roads, no power lines, or more or less large settlements for many tens of kilometers around. The entire infrastructure had to be created literally from scratch - even though the BAM route runs in 30 km from here. And in order to extract metal from the local ore with a complex chemical composition, high technology was required not in the twentieth, but in the 21st century.

The Baikal mining company, which received a license to use the Udokan deposit in 2008, took a lot of time to create and approve a project that would meet all international standards and guarantee a steady profit from the extraction and processing of copper ore at the new plant.

Now work on Udokan is in full swing. As Valery Kazikaev, Chairman of the Board of Directors of the Baikal Mining Company, explained, before the end of 2019, it is planned to completely complete the foundations for the enrichment plant’s frame, and it will be possible to begin installation of metal structures.

Today, Udokan completed the installation of power transmission towers for the future plant. A substation is being built on 220 / 35 / 10 kV, without which it is impossible to work in a harsh climate and highlands, the foundations for buildings and lightning conduits are already flooded. Work shifts and 130 heavy equipment units work around the clock. According to Kazikaev, MMC Udokan will be the first company in Russia to use unique equipment and technologies in a flotation-hydrometallurgical ore processing scheme, with maximum automation of all production processes.