The world's first guide to Kolyma is published

The book "Kolyma. The modern guidebook "was prepared by PressPass publishing house and replenished the Far East series" Face to the sun! ". 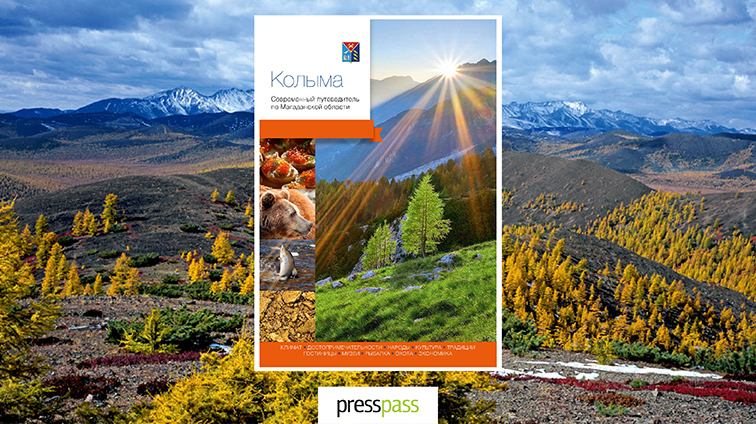 "For a long time, Kolyma actually remained closed for visits because of the frightening Gulag past," the governor of the Magadan Region, Vladimir Pechenyi, said in his welcoming address. - Fortunately, now it's part of the story. Of course, any stage of development of the northeast is important to remember, but our region has since changed beyond recognition. We want to say goodbye once and for all with all stereotypes and introduce you to the Golden Kolyma - one of the most beautiful places on earth! "

Look in the area, really, there is something.

Magadan itself, located in Nagaevskaya Bay, is a landmark that can become a pearl of the route of any inveterate traveler. Agree, the phrase "and I spent my vacation in Magadan" sounds impressive and intriguing (not that "I here went to Turkey ...").

Magadan often turns out to be shrouded in thick fogs, like St. Petersburg, built at the same geographical latitude. By the way, fogs are not the only thing that unites these cities. Magadan, like Peter, amazes with the beauty of architecture and the elegance of streets, facades, balconies, cornices, turrets and spiers, unusual for distant lands.

The capital of Kolyma looks elegant and clearly proves that the region is a dynamically developing region in which large-scale infrastructural investment projects related to the main local resource - gold are realized. Precious metals are mined here since the very beginning of the development of the region and in such volumes that nobody has ever dreamed of. In addition to gold, the region has huge reserves of silver and coal, work is in progress on shelf oil and gas fields.

However, the main Kolyma value for tourists is the local nature. Most of the territory of the region is practically not developed and not populated. The vast expanses remain untouched and appear before the man in a pristine state. Fusing along capricious mountain rivers or moving along a rugged coastline many kilometers can not meet a single sign of civilization, remaining alone with itself.

"The nature of the Magadan region is astonishing: swift, rafting rivers rich in fish and gold, high unconquered mountains, attracting with its grandeur and beauty the cold Sea of ​​Okhotsk - everyone will find a place and occupation on their own. Someone closer will be hunting for a brown bear or a snow sheep, and someone will gladly throw a fishing rod to catch the famous Kolyma grayling or a huge halibut, "notes Vladimir Pechenyi.

In the region all conditions for the development of tourist infrastructure are created. Travelers can visit the recently modernized health resort Talai with hot mineral springs, and active rest enthusiasts - equipped mountain slopes for skis and snowboards. Soon, in the vicinity of Magadan, a state-of-the-art ski complex will be built with lifts, trails of varying difficulty levels, observation platforms and a whole range of shops and restaurants.

Separately it is necessary to say about the Kolyma holidays, which are definitely worth a visit. Traditional celebrations of indigenous peoples "Hebdenek" and "Bakildydyak" will please fans of ethnography, and the All-Russian festival "Staratelsky Fart" will suit the most gambling tourists. As part of the competition, they will be invited to try themselves as a prospector - to wash the mountain of gold-bearing soil in a traditional way.

"Today, the average tourist hardly dreams of a trip to Magadan. But this, rather, from ignorance. Everyone who has ever visited the Kolyma land knows that you can not help falling in love with this land once you see it. The northern coast of the Sea of ​​Okhotsk is one of the most picturesque places in the Far East. I'm sure our guide will be a revelation for you, "says the book's editor Arthur Agafonov.

“This is the fifth guidebook in the Facing the Sun series!” Said Alexey Litvinov, CEO of PressPass publishing house. - Earlier, the Far East directory was published, in which we briefly presented all nine regions of the Far Eastern Federal District. Then books were published on Yakutia, Kamchatka and Primorye. The guide to Kolyma was presented at the Eastern Economic Forum, and now it goes on wide sale. I am sure that the book will be of interest to everyone: travelers, residents of the Magadan region, as well as foreign tourists - in bookstores you can also find an English version of the book. "